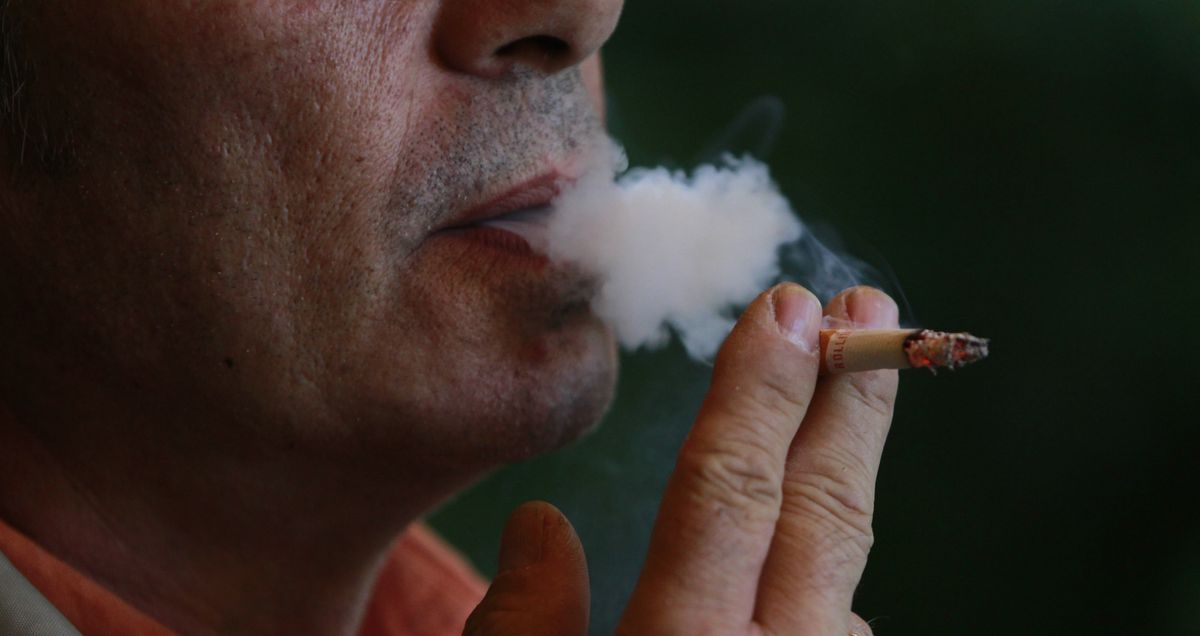 They smoked an average of 23.1 cigarettes a day and quit after a stroke as if they had never lit a cigarette. This phenomenon of spontaneous remission in a hundred people has helped a group of scientists to study the cerebral circuitry involved in tobacco addiction and, in particular, how to quit. The recently published work in natural medicine, suggests that other addictions, such as alcohol, would share the same map of brain connections. The finding will make it possible to sharpen the target in the treatment of addictive substances and addictive behaviors.

Sometimes brain damage can have an unexpected positive effect. This is the case for smokers who quit after a stroke. A group of scientists from the United States and Finland collected information and examined in detail 129 people who had had a stroke and who smoked heavily. Of these, a quarter stopped smoking on the first day after the injury, had not since and did not feel the need to light a cigarette. The researchers were convinced that a specific brain area or circuit was behind this spontaneous remission.

The brain imaging study of these ex-smokers dismantled an initial idea. The lack of blood supply (the stroke) that leads to smoking cessation does not always occur in the same brain region. This is emphasized by Juho Joutsa, professor at the University of Turku (Finland) and co-author of the study: “The heterogeneity of the affected brain areas in these cases was one of the main motivations for our approach. We compared the connections of injured areas in patients who have remitted with patients who have continued to smoke to determine those mediating addiction remission.” The damage sites do not overlap, but the affected circuits do. “Here circuit refers to these functional connections rather than a single integrated circuit in the brain,” adds the director of the Brain Stimulation and Neuroimaging Laboratory at Turku University Hospital.

Juho Joutsa, Professor at the University of Turku (Finland)

For decades, neuroscientists believed that each area of ​​the brain had a specific function. For example, the areas of Broca and Wernicke are crucial for speech and language comprehension. This connection between anatomy and function was one of the great scientific contributions of Wilder Penfield, who used epilepsy as a window into how the brain works. But since the end of the last century, with discoveries like mirror neurons or the complexity of the connections between the two hemispheres of the brain, things have gotten more complicated. The idea that every function is supported by a more or less complex circuit of connections between certain neuronal areas has now become established.

In this case, they observed that lesions in certain areas of the brain (such as the insula deep in the brain and the cingulate gyrus in the middle zone) alter the circuitry involved in remission of nicotine addiction. In contrast, the damage to the compound profile observed in other patients did not lead them to quit smoking.

They also found that the circuits for tobacco addiction may be the same as for other addictions. They had the opportunity to compare the profiles of stroke quitters with those of nearly 200 Vietnam War veterans with brain injuries. They found that ex-soldiers (who have been stalked for decades) with a lower risk of getting caught in alcohol damaged the same circuits as ex-smokers. The authors of the study would have liked to extend this observation to other addictions, but found no reliable databases for cases such as cocaine, heroin or gambling.

The director of the Brain Circuit Therapeutics Center at Brigham and Women’s Hospital (Harvard University, USA) and senior author of the research, Michael Fox, highlights the finding in a note: “We were thrilled to discover that our map of lesions with Addiction is associated with remission led to a common circuit in the brain.” Fox has patented several of his discoveries about brain connectivity to control brain stimulation.

In the United States, but not yet in Europe, health authorities have approved the use of transcranial magnetic stimulation (TMS) to affect specific brain circuits as a therapeutic measure. Currently, this neuromodulation technique (essentially electromagnetic impulses sent inward from a device attached to the skull) is used to treat depression and eating disorders. But it could be very useful to treat addiction. Hence the interest in locating the target the magnet should be pointing at.

“Although neuromodulation treatments using electricity or even brain injury have shown promise for the treatment of substance addiction, the therapeutic goal has been unclear,” Fox says. Neuromodulation targeting this circuit provides sustained symptom recovery for our patients,” he adds.

“Taken to extremes, could they change the cycle of religiosity or of being left or right?”

Tomás Segura, member of the Spanish Society of Neurology

Knowing about the brain thanks to the misfortune of some, which is more due to injury than the normal execution of its functions, is nothing new. Neuropsychologist Elkhonon Goldberg, author of The executive brain: frontal lobes and the civilized mind (Drakontos, 2015), shares years of clinical experience with brain-injured patients and how their dramas have helped advance neuroscience. “Brain injuries remain a great source of information about how a normal brain works,” he says in an email. But he adds that “they are now being complemented by various neuroimaging techniques (both structural and functional) that have become increasingly available over the last few decades.” For Goldberg, “they use both approaches in a synergistic way in this research.” The author of Creativity (ed. Crítica, 2019) concludes with what he considers the most interesting finding: “The two fronto-insular connections whose disruption was particularly strongly associated with addiction remission were both found in the left hemisphere”. The lateralization of the brain, with the differentiated specialization between the two cerebral hemispheres, is the area to which Goldberg contributed most.

Tomás Segura is a member of the Spanish Society of Neurology (SEN)’s Cerebrovascular Disease Study Group and recalls the tremor case as another case of progression from injury. “In people with a disabling tremor, a thalamic cerebral infarction eliminates the tremor. Observed by hundreds of neurologists for many years, it has led to the fact that we now cure tremors by causing controlled injuries to the thalamus through deep cranial stimulation. We do the same with Parkinson’s. We have cured tremor and parkinsonism because there were previously harmful models. What is interesting about this study is that they do not create a Penfield-style lesion model of a specific area. There are many different areas, they say, we’ll see if they’re all in the same circuit and they discover they are,” he explains.

However, Segura has his doubts about the application of these findings. “Following the map of addiction is one thing, but what about the ability to focus? It’s definitely going to get bigger.” A second question: “Does an injury at any point in the circuit of this map of relationships explaining dependencies have the same effect? ​​Is it just as therapeutic or is it more important to interrupt it in, say, the cingulate lumen or the striatum There is also concern: If they can get you to quit smoking, “if taken to extremes, could they change the cycle of religiosity or being left or right?” And he concludes: “Penfield did his homework very well in the 20th century by discovering specific areas associated with simple phenomena like moving your hand or feeling your stomach. Now it’s not up to us to figure out if all the complex functions of the brain.” can be integrated into neural circuits.”

- Advertisement -
Share
Facebook
Twitter
Pinterest
WhatsApp
Previous articleA stranger pays $19 million to have dinner with Warren Buffett at the latest auction
Next articleCecilio G. apologizes after his arrest for arguments and assaults at Sónar