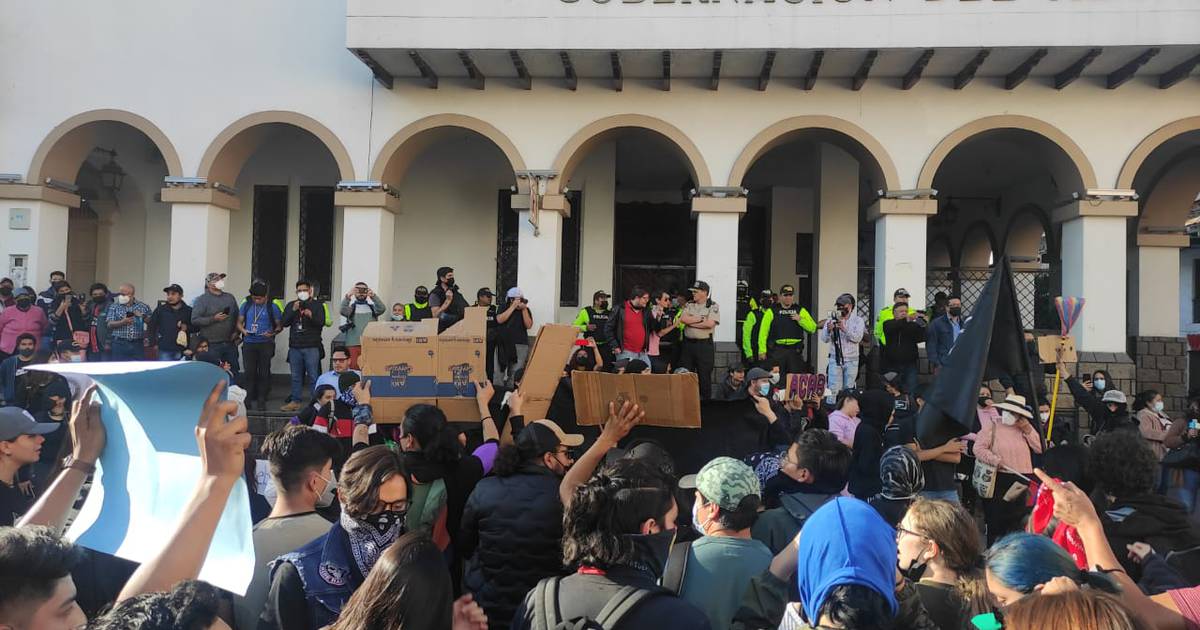 Under various slogans against the current government, the students of the University of Cuenca accompanied by their authorities participated in a peaceful march towards the government of Azuay, the center of the capital of Azuay. Where they will issue a manifesto.

We started the peaceful march to present our manifesto:

-Living in a democracy
-We defend the public
-The public university protects itself
– More violence
-We are a country rich in biodiversity
-Towards a fair redistribution
-The academy is united and coherent pic.twitter.com/BPNLrskYyh

According to the resolution of the Honorable University Council of the University of Cuenca against the National Strike. “We declare that we are constantly vigilant in the face of the current political crisis and we support a peaceful and protest mobilization”, declare a manifesto signed by its rectorMaría Augusta Hermida, who led the march.

“We hope that the government will open the dialogue so that it listens to the demands of the people”, María Augusta Hermida, rector of the University of Cuenca.

Dozens of demonstrators blocked the Cuenca-Azogues road, Ucubamba sector, Paccha entrance, the demonstrators indicated that they will remain vigilant. Four other roads that connect Azuay province to other cities have also been closed.

Those who were in the Y de Sayausí, a road that connects the province of Guayas, indicated that they would allow the circulation of vehicles or priority supply trucks.

Statement from the Municipality of Cuenca:

Given the reports circulating on social media regarding alleged looting in the markets of El Arenal and the circuit of October 9, we inform the public 👇🏼 pic.twitter.com/AmHCpJSHvK