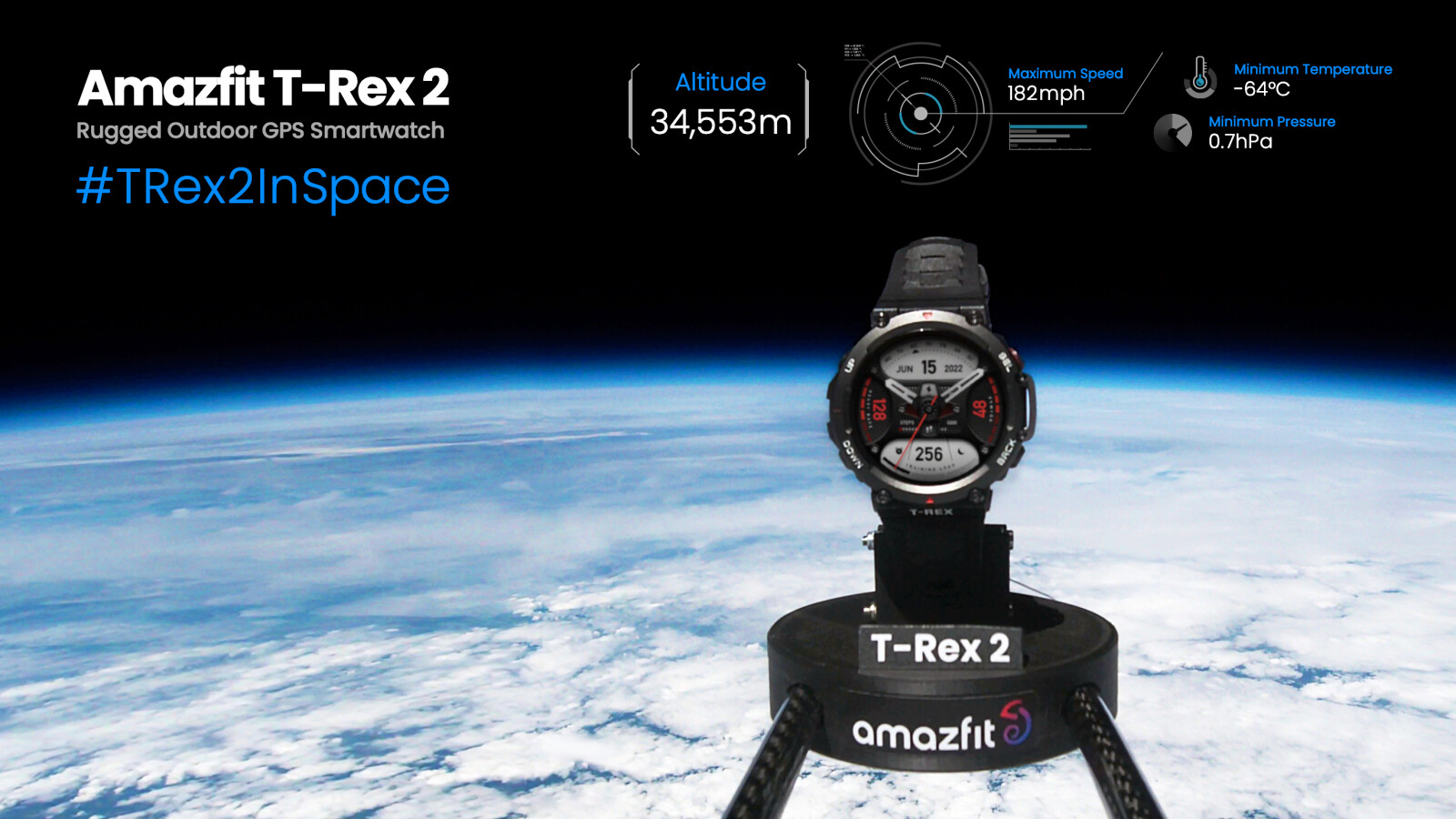 The Chinese brand Amazfit is known for its rugged smartwatches. The new top model Amazfit T-Rex 2 is no exception. It is waterproof up to 10 ATM and has passed 15 military-grade tests. But to back up this data, the manufacturer came up with an unusual marketing campaign and sent the watch into space.

In a special balloon, the watch rose from the British city of Sheffield to a maximum height of 34.5 kilometers into the stratosphere, almost as high as the extreme athlete Felix Baumgartner, who returned to earth from a height 39 kilometers in 2012.

That’s how the flight went

According to Amazfit, the watch had to withstand extreme situations with less than 0.2% of the atmospheric pressure we have at sea level and freezing temperatures of up to minus 64 degrees Celsius during its journey into space. . You can watch the stratospheric flight of the Amazfit T-Rex 2 in the following video:

Do you want to travel to the stratosphere yourself? An American company soon wants to allow hot air balloon flights at an altitude of nearly 30.5 kilometers.