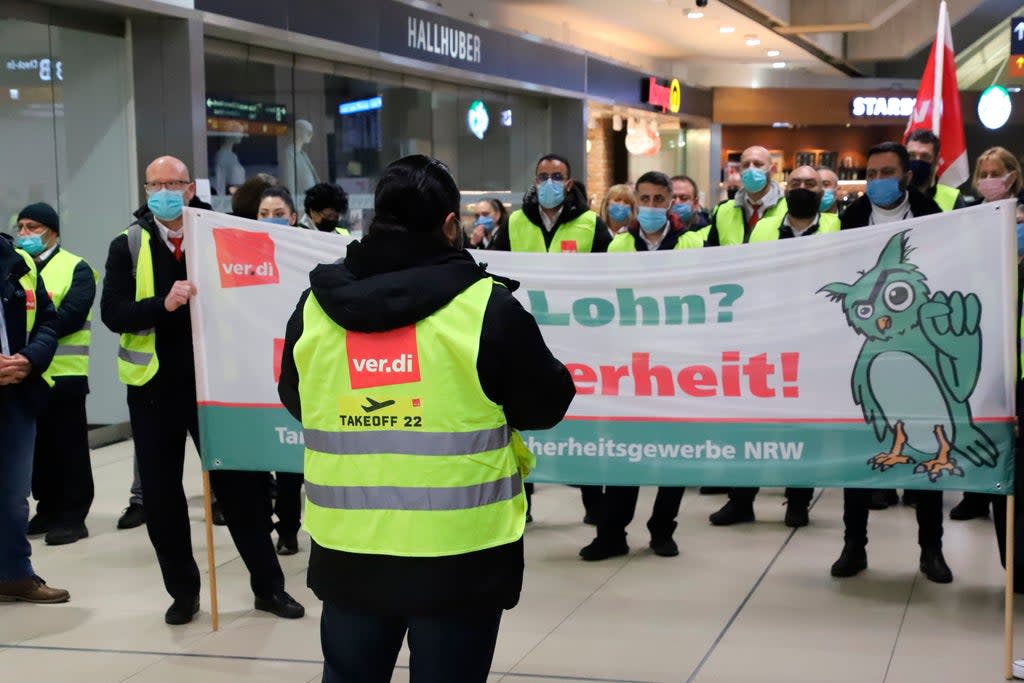 More than 1,000 security personnel walked off their jobs Monday at Germany’s airports, leading to dozens of flight cancellations and delays.

The strikes are part of a wage dispute between the Verdi Union and the Federal Association of Aviation Safety Companies. The union is negotiating with the bosses a new agreement for some 25,000 security workers throughout the country.

Verdi announced that he also planned strikes on Tuesday at passenger checkpoints at airports including Frankfurt, Hamburg, Stuttgart and Karlsruhe/Baden-Baden. At Germany’s largest airport in Frankfurt, only passengers with layovers will be allowed through security checks on Tuesday, a Verdi spokesman said, according to dpa.

So far, three rounds of negotiations have produced no results. The parties plan to meet in Berlin later this week to continue negotiations.

Verdi demands an increase in hourly wages of at least one euro, among other things.

The union said some 1,350 employees across the country were taking part in the strikes, dpa reported.

- Advertisement -
Share
Facebook
Twitter
Pinterest
WhatsApp
Previous articleJulian Edelman has an incredible reaction when Tom Brady does not retire and returns to the NFL
Next articleProblems with the official and juvenile doctor: Larscheid and Bartezky resign from the Berlin Hygiene Advisory Council – Berlin