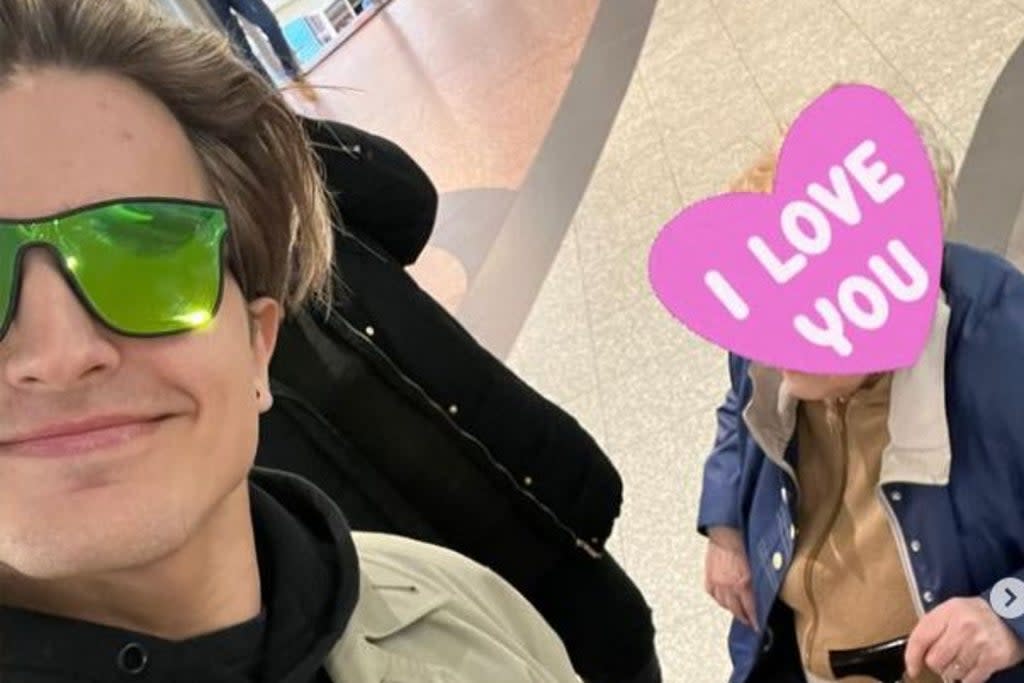 Strictly’s Nikita Kuzmin was reunited with his grandmother in Poland after she escaped the war in Ukraine by walking five miles.

The 24-year-old professional dancer applauded his grandmother for her bravery and for braving the bitter cold to walk five miles (8 km) to flee the war-torn country.

In an impassioned Instagram post, the Strictly choreographer revealed that he drove from Frankfurt to meet up with his grandmother, who had traveled from Kiev, and his mother, who had flown in from Rome.

He wrote on Instagram: “I picked up my grandmother from Poland! She is so incredibly brave and strong, 2 sleepless nights, walking over 8 km in the freezing cold, when on a normal day, she can barely walk! She traveled from Kiev, my mother flew from Rome and I drove from Frankfurt and we all met in Krakow! So happy to be together.”

However, the dancer said that he was still waiting for his aunt, grandmother and grandfather to escape from Kiev.

Putin’s invasion of the country has entered its 17th day with Russian forces closing in on the capital, according to the UK Ministry of Defence.

Reflecting on what happened, the dancer said that he began to cry because of the situation unfolding in Ukraine.

“I just had tears in my eyes, because of how sad the situation is,” he continued.

“How many thousands of children and women do their best to stay strong. I have seen people arriving from the border, people waiting for the next train to go somewhere, anywhere hoping that somehow things would be alright, people who don’t know what to do, because all they have known as home is no longer there. .

“Also appreciate how amazing people are. Incredible organization everywhere. How they pick you up in the city and the people so kind to help.”

Filming first-hand in Poland, the 24-year-old captured the scene where volunteers could be seen helping the crowd.

He was full of praise for the volunteers, as he wanted everyone to recognize all the hard work they were doing at the border and at the train station.

“The people are very friendly,” he wrote. “There are still millions without water or food, unable to leave the city due to the continuous bombing. I’m not sure if they will be able to see their children and families again.”

He urged people to do something, whether it’s donate money, medicine, daily toiletries, support small businesses, Airbnbs, but most importantly, he said, “Don’t keep quiet.”

- Advertisement -
Share
Facebook
Twitter
Pinterest
WhatsApp
Previous articleRafael Nadal was convinced he had lost before coming back to win in Indian Wells
Next articleIf the real stock market crash happens, I really don’t want to be an ETF investor!