Stranded Ukrainians on Vacation: “We’d Rather Be Home” – Travel 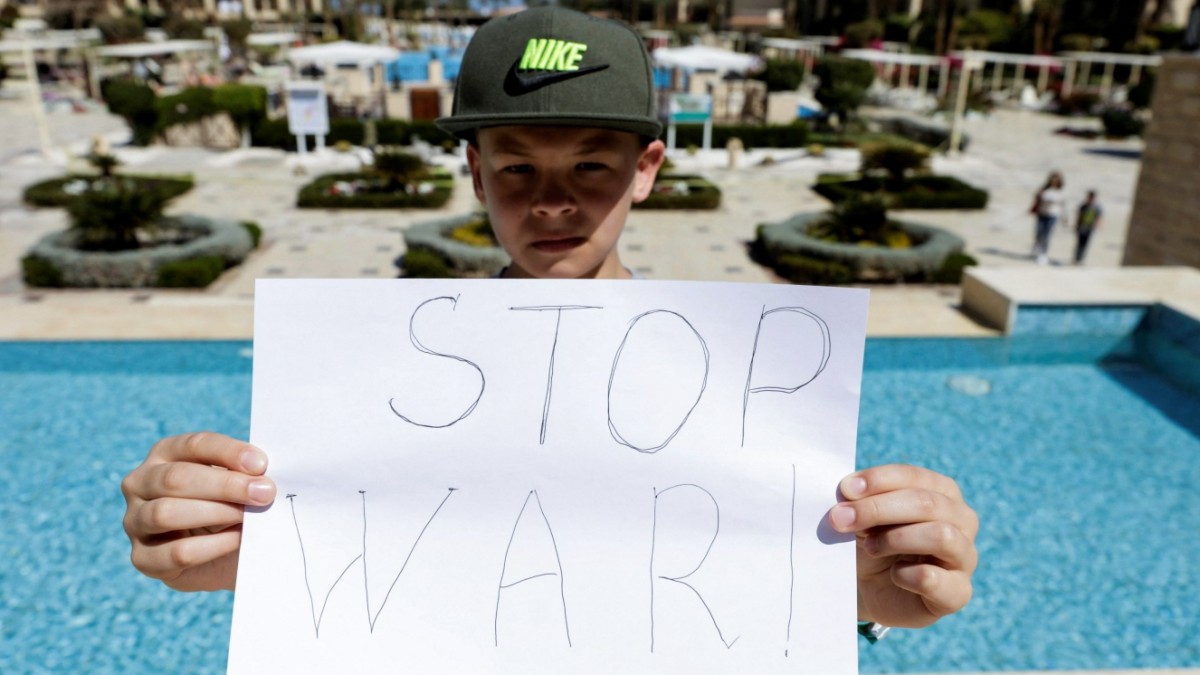 Nungwi Lagoon is one of the most beautiful that Zanzibar has to offer. On the powdery white sand beach of Kendwa Rocks, you can soak in the warmth of an Indian Ocean bathtub. March is the hottest month here and the sea is a welcome relief. Some of the guests who are here right now would prefer another location. They would like to go back to their homeland, but the war is raging there. “Zanzibar may be paradise, but home is home,” says Ivanka P., a secretary from Kiev. She currently calls her relatives every hour through the WLAN of her hotel.

The Russian invasion of Ukraine casts its shadow across Africa. Around 900 tourists from Ukraine were stranded on the holiday island of Zanzibar in early March. After the flight connection to their homeland was cut off, they were no longer able to fly back. Although they were lucky in their misfortune to be stranded in Zanzibar. The government of the semi-autonomous island, which belongs to Tanzania, immediately promised help for the vacationers. “It is not in our culture to throw people out the door,” said a spokeswoman for the Ministry of Tourism. Minister Lela Mohamed Mussa said: “Tourists have enough to worry about. They should be calm here, at least for the time being.”

Africa helps Europe: a novelty in a changed world. According to broadcaster Deutsche Welle, around 150,000 tourists from Ukraine and Russia are stranded around the world. In the Dominican Republic alone, around 15,000 Russians and 3,000 Ukrainians were unable to travel home directly. According to official figures, around 20,000 Ukrainians were stranded on popular beaches in Egypt at the start of the war; the number of Russian vacationers there was not named. Solutions are still being worked on everywhere to allow tourists to leave the country. Before the war broke out, there were hardly any guests from Russia in Zanzibar. “The Russian market was no more,” says Sabine Emmerich, a German tour operator in Zanzibar. “Instead, Germans, Italians and French are coming back in large numbers.” A year ago, in the first winter of the Corona epidemic, more than a hundred thousand Russians and Ukrainians arrived in Zanzibar on special flights and filled the houses.

Zanzibar was helpful to the stranded from the start. In late February, the Tanzanian government contacted the hotels where the Ukrainians were trapped and promised support to the industry. Among other things, taxes should be exempted. In exchange, the hotels promised to continue to house and feed Ukrainians for free. According to government sources, they are currently working on organizing flights to Poland. In most cases, the costs of the return trip are covered by the tour operator. The United Nations Refugee Agency (UNHCR) will also participate.

Anya Guarana from Kiev came to Zanzibar’s north coast near Nungwi with a women’s yoga group, and then couldn’t leave. Her case is typical: “Our two-week vacation would have ended on February 25,” reports the Ukrainian, “a day after the start of the war, which we did not expect until the end.” She is “grateful for the food and lodging,” which the hotel continues to take over, she says. And “touched by the locals who give us free coconuts and bananas on the beach. But of course we are very concerned about our loved ones at home.”

Sympathy for the Ukrainians is great. However, many Tanzanians were also alienated by reports that Africans who had studied in Ukraine had great difficulty leaving the country. Hundreds of video clips circulated. One student, for example, reported that he had to sleep outdoors for three days on the border with Poland in sub-zero temperatures, and not because the Polish authorities would not allow him to enter the country. But because the Ukrainians repeatedly sent him to the back of the queue. On the ninth day of the war, the Tanzanian ambassador in Moscow asked Ukraine to ensure the safe departure of the students; he was “angry” about her treatment.

About a fifth of Ukraine’s 75,000 international students are from Africa; Meanwhile, the first four Tanzanians have returned safely to their homeland via Serbia. A call by an African-American blogger from the United States to “give back an eye for an eye” and “evict white tourists from Ukraine” was widely shared on social media in Tanzania, but had no effect. Nobody in Africa wanted to subscribe to such radical rhetoric.

There are still close ties between Africa and Russia today. Zanzibar, which has belonged to Tanzania since 1964, was the center of the Cold War in Africa until the fall of the Berlin Wall. It was the first country in the world to recognize the GDR as a state. Russia supplies weapons, from tanks to planes, to many countries in Africa. Criticism of Russia is largely reserved here. Kenya was the only East African country to condemn the Russian invasion of Ukraine. Tanzania abstained from voting on the UN General Assembly resolution, as did 16 other African countries.

It is all the more credit to Zanzibar for helping stranded Ukrainian tourists without prejudice. “For purely humanitarian reasons,” it was stressed in government circles, which reiterated that “we would do the same for Russian tourists.”

However, more and more affected vacationers on the tropical island do not want to wait any longer for public help. About half of Ukraine’s stranded people have left the country on their own initiative, travel industry representatives said. “Our Ukrainian guests flew to places like Slovenia, Germany or Poland,” reported a Ukrainian hotel manager who has lived in Zanzibar for six years. “Many of the men wanted to join the army at home.” The situation is “extremely painful”, even for herself, she says in a broken voice and is reluctant to comment further. At her spa in Zanzibar, she now offers “little escapes”: 20-minute coconut massages. A great escape from the burdens that war brings, she also knows there will be no time soon for stranded vacationers.