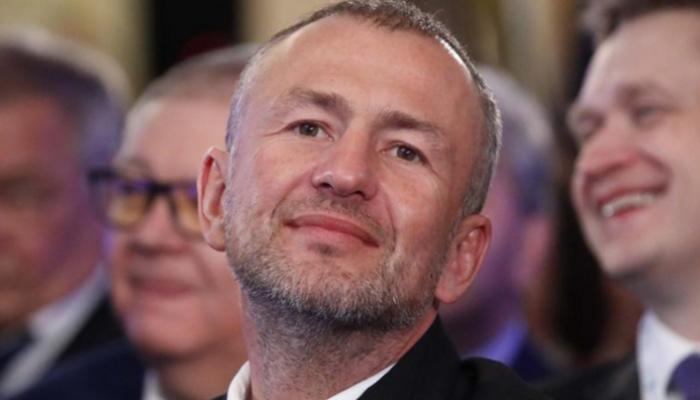 Russian billionaire Andrei Melnichenko sent a message warning of a global food crisis due to the repercussions of the war in Ukraine.

The Russian billionaire, nicknamed the king of coal and fertilizer, on Monday described the war in Ukraine as a tragedy that must stop or there will be a global food crisis because fertilizer prices are already high for many farmers.

Several of Russia’s wealthiest businessmen have publicly called for peace since President Vladimir Putin ordered the invasion on February 24.

The West has imposed sanctions on Russian businessmen, including European Union sanctions against Melnichenko, freezing Russian state assets and cutting off many Russian companies from the global economy, in an attempt to force Putin to change course.

“The events in Ukraine are really tragic. We urgently need peace,” Melnichenko, 50, Russian but born in Belarus and whose mother is Ukrainian, told Reuters in a statement emailed to his spokesman.

“As a Russian citizen, born in Belarus and related to Ukraine, I feel great pain and disbelief seeing brother peoples fight and die,” he added.

Putin says that Russians and Ukrainians are essentially one people, that his “special military operation” is necessary because the United States is using Ukraine to threaten Russia, and that Russian speakers are persecuted in Ukraine.

The Russo-Ukrainian war turned out to be a geopolitical event that will have serious global repercussions beyond the military aspects of the conflict on the fate of the world as a whole.

The world is likely to face long-term effects on food and fuel supplies that originate from both Ukraine and Russia and are now threatened by military operations and the variety of sanctions imposed on Moscow by the international community.

The Russo-Ukrainian war of February 24, 2022 revealed a wide-ranging and multifaceted impact on the world order.

The repercussions of the war will not stop with neighboring European countries, but will affect the distant lands of North and South America, Africa and Asia, including the Middle East.

The Arab world will get its share of these effects, as it is a major importer of staple foods from Ukraine and Russia and a major player in the international energy market.

Ukraine has historically been called the breadbasket of Europe, as the country has the most fertile soil in the world and is particularly suitable for growing cereals such as wheat, barley and corn, making Ukraine a major global source food.

According to food and agriculture analyst Alex Smith, the country exported 18 million metric tons of wheat in 2020, making it the fifth largest wheat exporter in the world.

Oliver Morrison reported on Foodnavigator.com that Ukraine accounts for 12% of world exports of wheat, 16% of corn and 18% of barley.

It is therefore not surprising that European consumers have expressed serious concern in recent days about rising prices for products such as bread and baked goods.

This fear is not limited to Europe when it is a factor in the long list of international consumers of Ukrainian agricultural products, including those from the Middle East.

Countries such as Turkey, Iran, Egypt, Lebanon, Yemen and Libya are among the largest buyers of grain from Ukraine or Russia.

Therefore, the threat of disruption, shortages, and rising global prices from the Ukraine war is real and worrying for these countries, as well as many others.

Certainly, predicting hunger, rising poverty, and possible food riots in some parts of the world is not a worrying or far-fetched prediction.

The director of the German Ifo economic institute, Clemens Fuest, stressed that the rise in grain and food prices due to the war in Ukraine will affect poor countries.

He added: “Food prices are rising significantly, and this will affect poor countries, including, for example, Africa.”

“This is a big challenge and the international community must act on it, as we must not forget about these countries despite all the focus on Ukraine,” he added.

It is noteworthy that current panic-driven purchases to build up housing stocks caused sharp rises in prices.

The economic researcher considered Russia’s dependence on Russian gas a big challenge, noting that gas and oil still flow from Russia, and said the boycott will put Russia under pressure, but will also affect Germany and countries in Europe. from the east.

Fust added that supply chains and consumer prices will depend on “how the conflict progresses further and whether oil supplies from Russia are stopped. If the conflict continues, we will have a serious problem in the entire global economy.”