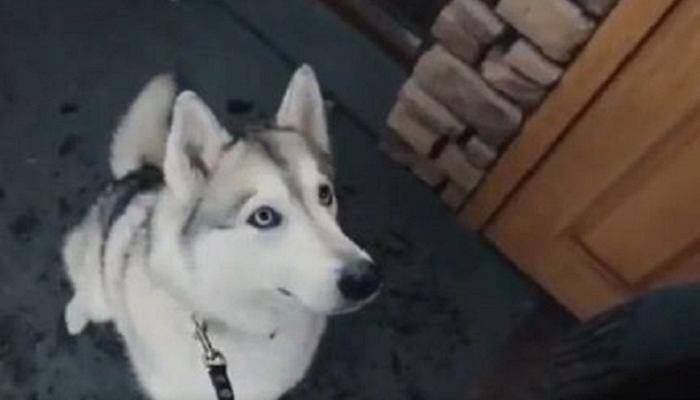 Russian embassies around the world have launched a public relations campaign to beautify Moscow’s image, after Russian military operations in Ukraine were frowned upon.

The video on the website of the Russian Embassy in Cairo on Twitter achieved more than 50,000 views within two days of its publication. The video tells of a meeting of several Americans accompanied by their dogs at a small party, and when another person tries to bring in a Russian Siberian husky, the owner of the house refuses to enter because he is accompanied by a Russian dog.

The other dogs in the house mourn the departure of the Russian bitch and leave the owners trying to reach the Siberian bitch, and the owners try to bring her back, warning her that she is a dangerously aggressive Russian, but the dogs ignore the warnings and play with the Russian dog, which causes other dog owners to invite him to sit with them.

One of the activists, “@MSM0800”, commented on the video and said: “The Russians finally knew that media is more important than gunpowder?!”

He continued: “The Russians are very late in the media, even though the Soviets were the bravest people in the media war even before the world war.”

Since February 24 last year. Thousands of people were killed and nearly 10 million Ukrainians were internally and externally displaced, according to United Nations data.

- Advertisement -
Share
Facebook
Twitter
Pinterest
WhatsApp
Previous articleDriving under the influence of alcohol: five young people injured after an accident
Next articleLeaked images of Amazon CEO Andy Jassy show how the group wants to enter the trillion dollar business with our health.