Stocks Trade Steady After Fed Rate Hike; It’s the turn of the BoE 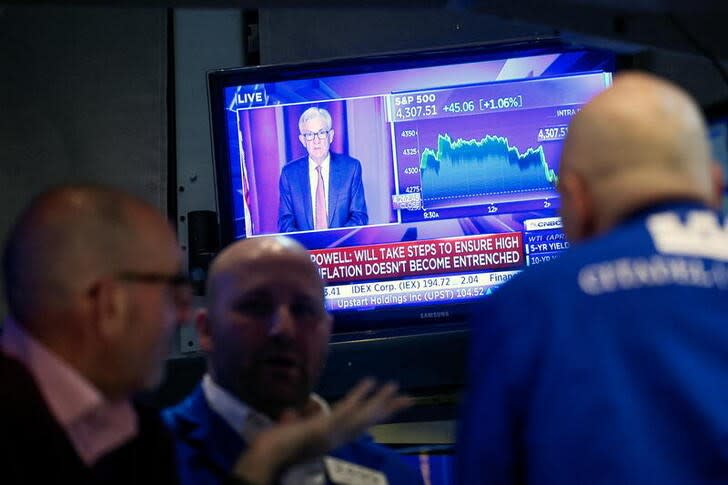 By Marc Jones and Kevin Buckland

* Traders continued to keep an eye on the devastating war in Ukraine, with hopes of a possible peace deal downplayed though alive. They are also pending whether the Bank of England will raise rates again later.

* The EuroSTOXX 600 was down 0.1% after an initial advance. Earlier gains of 3.5% in both Tokyo’s Nikkei and emerging market stocks saw MSCI’s main global index continue to improve, climbing more than 6% in the past three days, after a torrid start to the year.

* “The reaction this morning and tonight validates that the markets pay that the Fed is in line or ahead of the curve and doing the right thing” in raising rates, said Robert Alster of Close Brothers Asset Management.

* Bond markets were also starting to stabilize after yields soared to nearly three-year highs following the Fed’s signal that it also plans to raise rates at every meeting for the rest of this year to aggressively curb the inflation.

* 10-year US Treasury notes were trading at 2.12% and the benchmark 10-year German Bund yield was down two basis points at 0.382%, having started the day higher, extending the previous session’s gains to reach 0.408%, its maximum since November 2018.

* The more optimistic sentiment in recent days signifies that there are “less excuses for central banks to delay policy tightening,” ING rate strategies said in a note to clients.

* The dollar, however, was trading lower in the currency markets. The dollar index, which compares the greenback to six major currencies, weakened slightly to 98,476, after falling 0.5% the day before.

* Where the US currency did show some strength was against its Japanese pair, trading at 118.82 yen, not far off the over six-year high of 119.13 hit overnight.