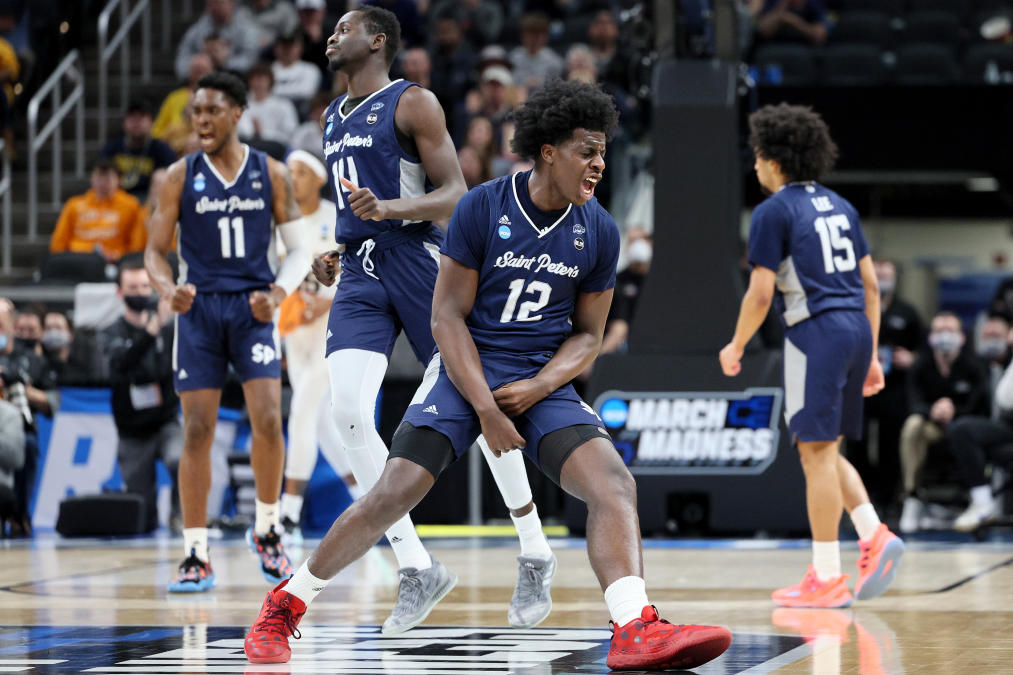 On Saturday, it was joined by a truly rarefied air. In a second-round matchup with No. 7 Murray State, the Peacocks picked up where they left off with a 70-60 victory over the Racers to secure an unlikely Sweet 16 bid. And like Thursday, this was no fluke. St. Peter’s was the best team from the start.

The Peacocks never followed Murray State. They opened up a 32-27 halftime lead and then scored the first eight points of the second half as if to announce to their doubters that this was really happening. Murray State cut the deficit multiple times, but St. Peter’s always had an answer.

Now, a Murray State team that entered Saturday 31-2 is going home with its third loss of the season and first after 21 straight wins. Meanwhile, St. Peter’s is making plans to travel next weekend to a Philadelphia regional 90 miles south of its Jersey City, New Jersey, campus. The winner of Sunday’s game between Texas and Purdue awaits.

With the victory, St. Peter’s becomes the third No. 15 seed to advance to the second weekend of the tournament. “Dunk City” Florida Gulf Coast was the first to do it in 2013. Oral Roberts repeated the feat last year. Now St. Peter’s joins the exclusive club.

“It’s an amazing ride,” head coach Shaheen Holloway told CBS after the game. “How about that… I’ve told these guys all year long that nobody works harder than they do. The stuff I’ve put these guys through is easy. Practice is tough. Kudos to these guys. They deserve it.” “.