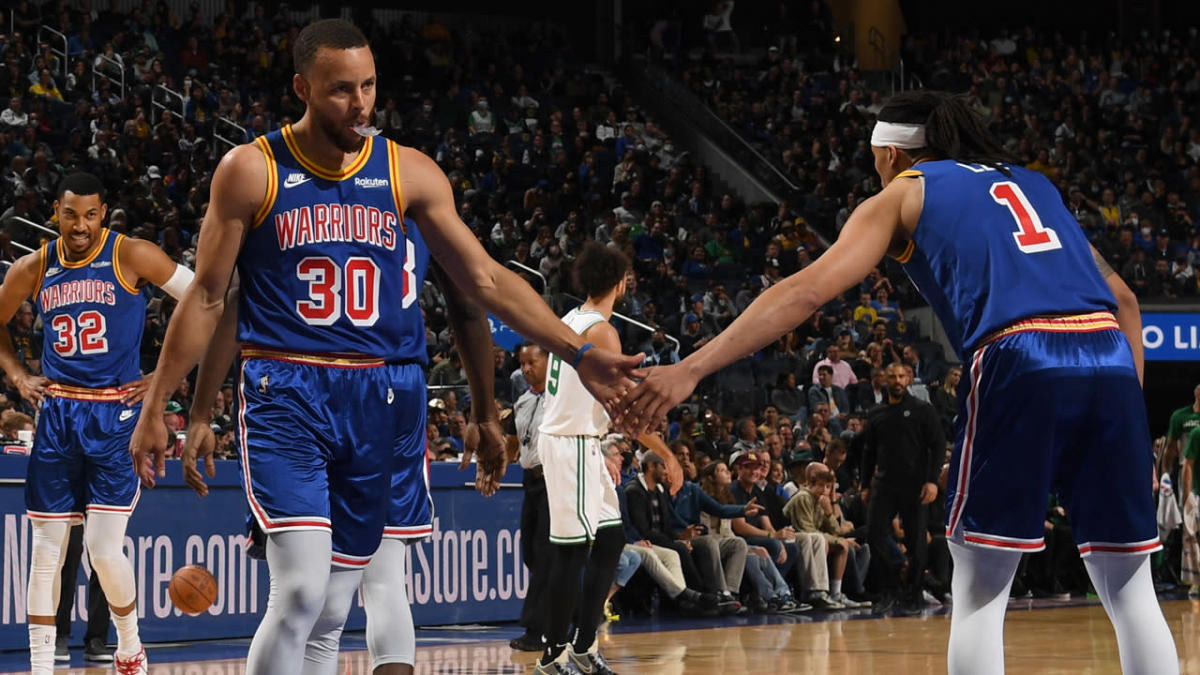 Just two days after reuniting their dynastic core for the first time in more than 1,000 days and re-establishing themselves as one of the title favorites, the Warriors’ championship dreams might have disappeared from the court for good on Wednesday night against the Boston Celtics.

Midway through the second quarter at the Chase Center, Celtics guard Marcus Smart dove for a fumble and rolled onto Steph Curry’s foot and leg. The Warriors’ star shooting guard left the game and did not return. Curry underwent an MRI and will reportedly be out indefinitely with a sprained ligament in his left foot.

There is reportedly “optimism” that Curry will return for the playoffs, but for now, the Warriors’ championship dreams are in serious jeopardy.

If Curry can’t return or does so at less than 100 percent, the Warriors will face an uphill climb out of a Western Conference fraught with obstacles.

Curry, Draymond Green and Klay Thompson are battle-tested, but the trio have played just 11 minutes together in the past three seasons. The rest of the Warriors’ roster, except for Kevon Looney and Andre Iguodala, are young and inexperienced in the playoff grind.

It’s unrealistic to expect a Warriors team without Steph to navigate a postseason series or more without the two-time MVP whose gravitational pull makes life easier for everyone else.

These Warriors are very different from the 2017-18 iteration that was able to put up with Curry missing the first five playoff games against inferior opponents. Golden State had Kevin Durant, Thompson was in his prime and the Warriors were a behemoth that often took teams down before the ball was tipped.

Durant is gone, Thompson is still trying to find consistency after spending 941 days off the court, Green is 32 and Iguodala hasn’t been able to stay healthy at 38.

After his return on Monday, Green proclaimed that the Warriors would win a title. It was a prediction that Thompson seconded without missing a beat.

His championship swagger had returned, almost as if the last three seasons hadn’t happened.

Now, everything is… indefinite.

“It sucks,” Green said Wednesday of losing Curry just after he returned. “But that’s how cookie crumbles, and you have to figure it out and deal with it. But boy, is it tough. It sucks for sure.”

The Warriors have not given a timetable for when Curry will be reevaluated. It is fair to assume that it will be at least a few weeks. Golden State has 12 regular-season games left and faces a tough schedule to close out the season.

With Curry almost certain to miss the next 12 games, it seems like a foregone conclusion that the Memphis Grizzlies will capture the No. 2 seed in the Western Conference. That would leave the No. 3-seeded Warriors to face Nikola Jokic and the Denver Nuggets, Luka Doncic and the Dallas Mavericks, or the Utah Jazz.

Doncic torched the Warriors in Dallas on March 3, and Jokic is a clear nightmare for a team that will ask Green and Looney to play the reigning MVP for seven games. Having to do that without Curry’s great equalizer, who can turn a game around with a few flicks of his wrist, turns a bumpy road into a monumental hill to climb.

RELATED: What Kerr told Smart after the ‘dangerous game’ with Steph

The Warriors have always maintained that they don’t care what seed they get as long as they make it to the postseason healthy. They were right to feel that way. At full strength, they were among the title favorites and the mere presence of Curry, Thompson and Green together made many of the other contenders cringe.

When Curry walked out of Wednesday’s game, everything changed.

The Warriors’ path to the title that was once crystal clear is now opaque. Translucent dreams of completing a dynastic rebirth have been clouded by the cruel reality that things may never be the same again.

Forty-eight hours after puffing out their chests and tipping off the NBA, the Warriors, the NBA’s once-great superpower about to make a comeback, received a harsh truth: 11 minutes could be all we get this season.

As Curry goes, so go the Warriors. And for now, the fate of both is unclear. Undefined.