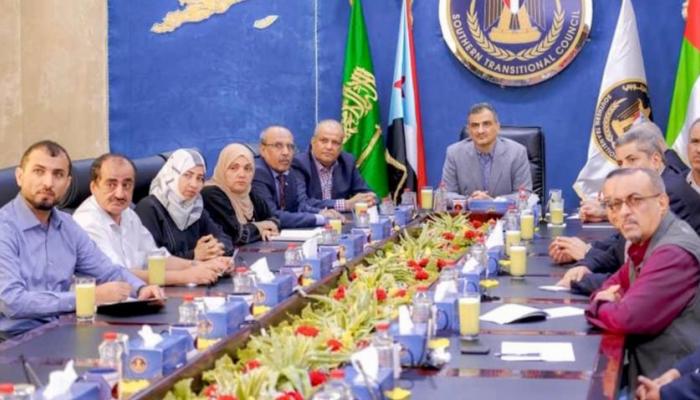 The Southern Transitional Council on Saturday welcomed the Gulf Cooperation Council’s invitation regarding Yemen-Yemen consultations in the Saudi capital Riyadh.

The Transitional Council held an extraordinary meeting headed by Council President Aidarous Al-Zubaidi to discuss the Gulf Cooperation Council’s invitation to political consultations to be held in Riyadh from March 29 to April 7, according to a statement. posted on its official website.

The statement said: “Based on the STC leaders’ adherence to national principles, an extension of the partnership signed between the two sides of the Riyadh Agreement, and an affirmation of our strategic partnership with the Arab coalition countries led by Saudi Arabia, The Transitional Council welcomes the invitation of His Excellency the Secretary General of the Gulf Cooperation Council for political consultations in Riyadh.”

The statement praised the efforts and efforts of the Gulf Cooperation Council to support peace and achieve security and stability.

The Southern Transitional Council affirmed that it is leading a national project that is open to comprehensive consultations that ensure the presence of all Yemeni parties, to address fundamental issues, by designing a framework that prepares for a negotiation process that guarantees peace. comprehensive and sustainable.

While the statement reiterated the STC’s commitment to complete the implementation of the Riyadh Agreement, it emphasized the need to reform the state leadership system and the importance of joining efforts and finding urgent and radical solutions to address the deteriorating economic situation and the collapse of the local currency.

And last Thursday, Dr. Nayef Al-Hajraf, Secretary General of the Gulf Cooperation Council, announced Yemen-Yemen consultations to end the state of war and move towards peace.

The secretary-general of the Gulf Cooperation Council told a press conference in Riyadh that the council will host Yemen-Yemen consultations from March 29 to April 7, 2022, urging all Yemeni parties without exception to these consultations.

The Yemen-Yemen consultations aim to resolve the crisis and urge all parties to agree to a comprehensive ceasefire, include a military and security axis and a political process axis, and discuss strengthening state institutions, administrative reform, the fight against corruption and aid. mechanisms in Yemen.