Start with victory for Kyrgios and Osaka at the Miami Open 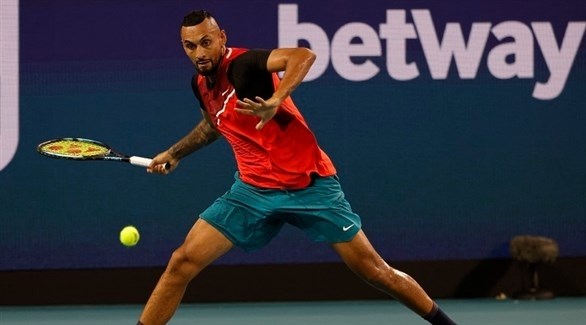 “Incredible performance. Participating just before the start of the tournament was not easy, so I’m proud of my response. It felt good. I faced a strong opponent today.”

The Australian player indicated that he would not be the favorite to win in his second round match against Russian fifth seed Andrei Rublev.

“But I am full of confidence. If I serve well and play well from the baseline, I can beat any opponent.”

Osaka gave her opponent no rest on serve and continued to pressure the World No.96 and was greeted by the crowd after the match.

The atmosphere was very different from the one Osaka faced in Indian Wells 11 days earlier, when fans hounded her in her second-round loss to Veronika Kudermitova.

“I didn’t want the fans to harass me today like in the last match because it was a bad memory,” Osaka said in an on-court interview.

The Japanese player plays in the second round against three-time Grand Slam champion Angelique Kerber.

Mokhova will play 19-year-old Canadian Leila Fernandez after qualifying for the 2021 US Open as runner-up straight to the second round.

- Advertisement -
Share
Facebook
Twitter
Pinterest
WhatsApp
Previous articleThe price of the dollar today in Sudan, Thursday, March 24, 2022. The rise continues
Next articleAl-Maliki is likely to fail to achieve a quorum in the session to elect Iraq’s president