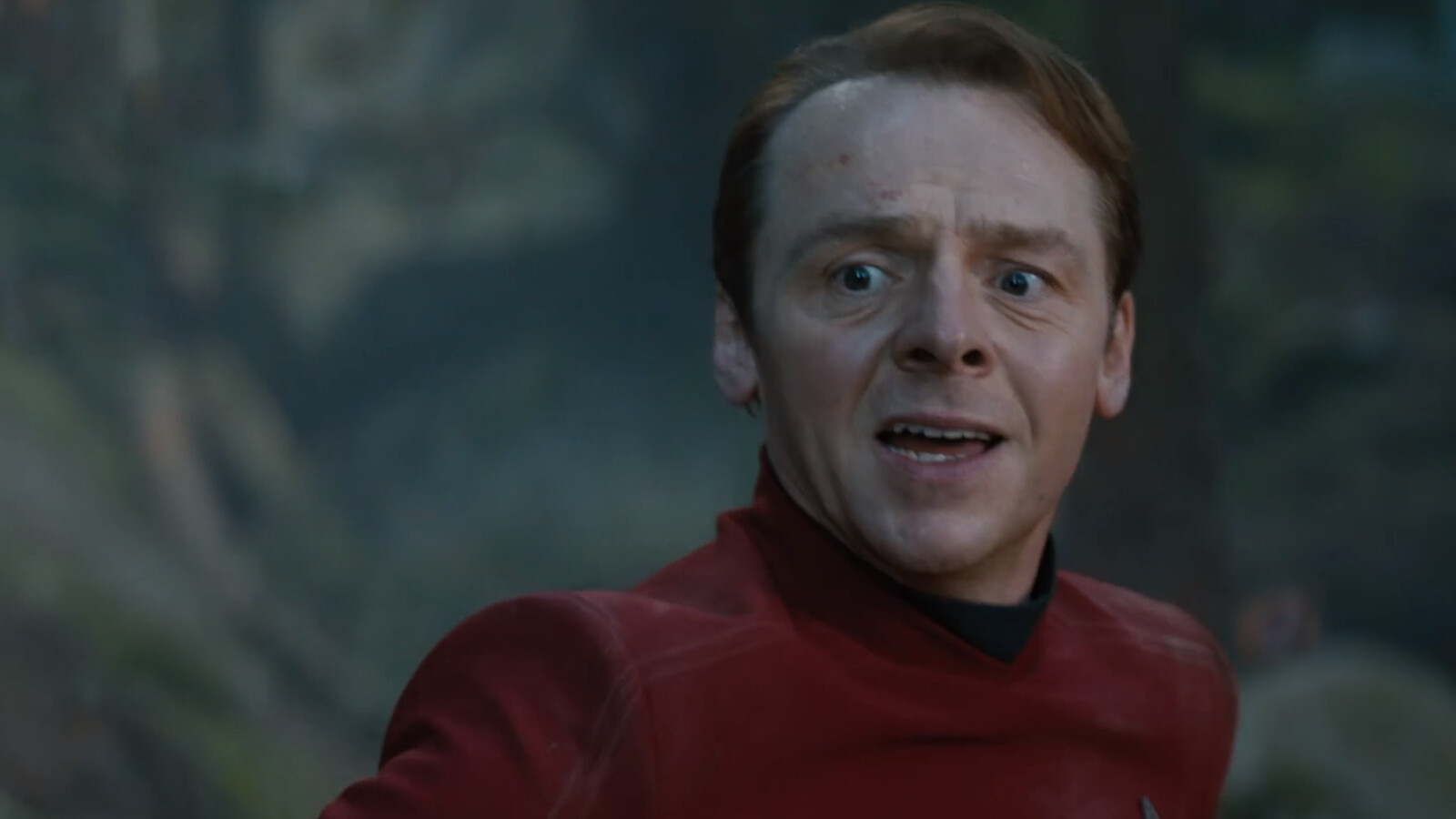 Simon Pegg is known to fans of the “Star Trek” universe as Montgomery “Scotty” Scott. He played the role in “Star Trek (2009)”, “Star Trek Into Darkness” and “Star Trek Beyond”. But when director JJ Abrams dropped out after “Into Darkness,” he felt some envy.

Abrams directed the first two of three new Star Trek movies, but left Beyond to work on Star Wars: The Force Awakens set in the Star Wars universe. Pegg has this to say in an interview with SiriusXm tells a funny story.

It’s JJ Abrams who [Star Wars 7] …when I found out that JJ Abrams was doing ‘Star Wars’, I got an email about it. I was a little jealous, like, ‘Oh, daddy’s leaving for the other kids.’ Because he already made “Star Trek”. He’s going fucking ‘Star Wars’…nice for him! [Sarkastisch] But then, when we had dinner together, he said, ‘Oh, you want to come and play blobfish?’ I thought, of course.

Pegg starred as Unker Plutt in Star Wars: The Force Awakens. His filmography with JJ Abrams also goes back even further, as the two also worked together in “Mission: Impossible 3.”

Of course, Simon Pegg’s “envy” is just a little joke at the expense of the “Star Wars” and “Star Trek” fan enmity that has existed for decades. Pegg himself is a fan of both franchises, but hasn’t been too positive about the Star Wars fan base lately.

JJ Abrams will not return as director for “Star Trek 4”, but will return as producer. Simon Pegg is set to reprise the role of Scotty, of course. While we wait for the theatrical release on December 21, 2023, there’s still a little time when other “Star Trek” releases kick off!