Star Trek: The Crossover Event has a huge hurdle to overcome! 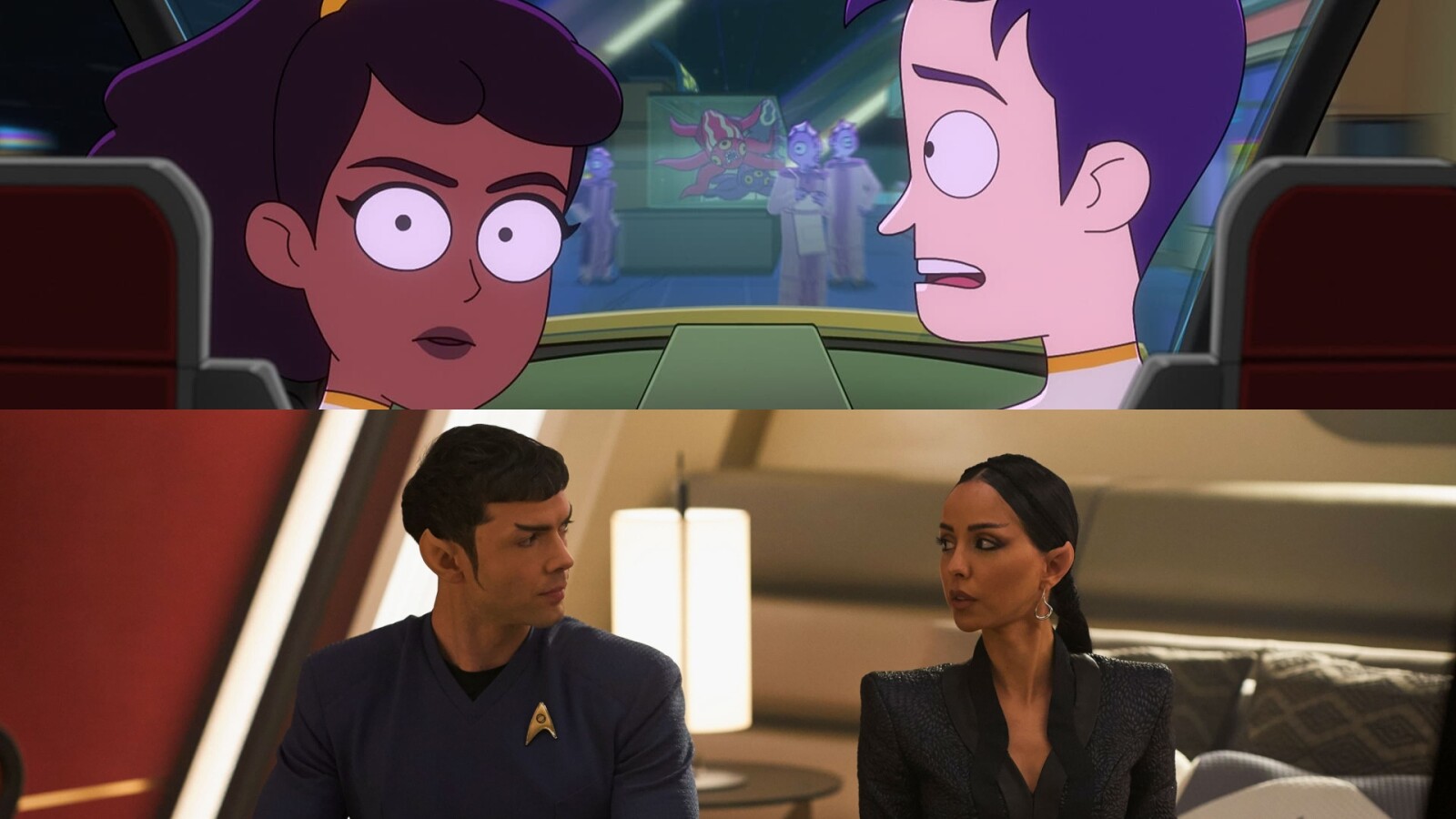 Season 2 of “Star Trek: Strange New Worlds” will be set in the year 2260 and season 3 of “Star Trek: Lower Decks” probably around the year 2381. So how does the promise that Brad Boimler (Jack Quaid) and Beckett Mariner (Tawny Newsome) meets Captain Pike (Anson Mount), Spock (Ethan Peck) and Co.?

The question is of course easy to answer: with time travel. Time travel is nothing new in the “Star Trek” universe. In various episodes of different series as well as in films, time travel is regularly on the agenda. But what will time travel look like this time around?

Star Trek: How does the USS Cerritos meet the USS Enterprise?

There are different methods of time travel. The most common methods are the slingshot effect, which involves picking up speed to break the time barrier and going through a wormhole. The latter would look like the USS Cerritos. The spacecraft is a rather small Starfleet spacecraft, which likes to make such missteps.

The slingshot effect would be less involuntary. At this point, it’s possible that the crew of the USS Cerritos wanted to go back in time for another reason, perhaps to free the arrested Captain Freeman, but miscalculated the speed.

However, the USS Cerritos is unlikely to make a brief visit when the crossover takes place in Strange New Worlds. Thus, the event through which the Cerritos time travel should occur at the end of the season – otherwise the USS Enterprise travels into the future.

Time travel is easier than traveling to the future in the “Star Trek” universe. So it will be exciting to see how the two crews come together. The start date for Season 2 of “Star Trek: Strange New Worlds” has not yet been set.

The crossover is directed by Star Trek icon Jonathan Frakes, who will also return in Star Trek: Picard Season 3. We’ve got you covered with all the new “Star Trek” stuff!