Stanford moves to Elite 8 with 72-66 win over Maryland 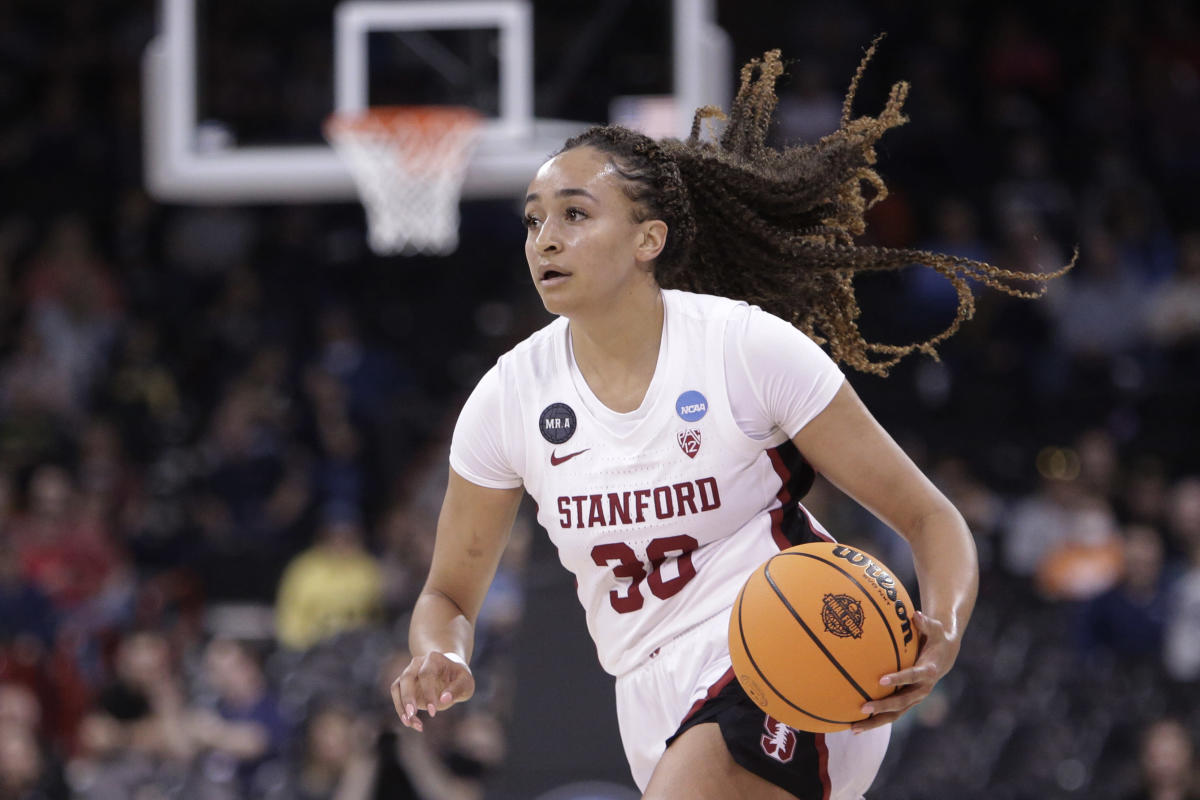 SPOKANE, Wash. (AP) — Lexie Hull scored 19 points in her hometown, Haley Jones added 17 points and 10 rebounds, and No. 1 seed Stanford reached the regional final of the women’s tournament the NCAA with a 72-66 win over No.4-seeded Maryland on Friday night.

Meeting in the NCAA for the first time since the schools played in the same building in the 2008 Elite Eight, the defending national champion Cardinal (31-3) dominated the Terrapins for the first three quarters. Maryland cut the deficit to 68-59 with 1:41 left, but couldn’t get much closer.

Stanford will face No. 2 seed Texas in the regional final on Sunday night. It’s the 21st Elite Eight out of Stanford under coach Tara VanDerveer.

Cameron Brink added 15 points and eight rebounds in just 19 minutes for the Cardinal before drawing a late foul. When Brink drew his third foul early in the third quarter, Hull took the scoring hit with 10 points in the quarter.

Hull and her twin sister Lacie grew up in Spokane and both drew the loudest applause throughout the night.

Angel Reese led Maryland (23-9) with 25 points. Diamond Miller added 11 points but committed two quick fouls early in the third and fouled out in the fourth after scoring a combined 47 points in the first two games of the tournament.

Chloe Bibby and Shyanne Sellers had 10 for Maryland, which shot 27% in the first half and never recovered from a dominant first quarter by the Cardinal.

Jones and Brink controlled the first half, combining for 16 of Stanford’s 22 points in the first quarter. Brink went 5-for-6 in the half and grabbed seven rebounds, sitting out the final five minutes of the half after drawing his second foul.

The Terrapins haven’t made it past the round of 16 since 2015, when they last made it to the Final Four.

The Cardinal beat the Terrapins in the 2008 regional final behind Candice Wiggins, a victory that took Stanford back to the Final Four for the first time in 11 years. The Cardinals are one win away from their sixth trip to the Final Four since that 2008 season, and they kept alive their chances of being the first repeat champions not named in Connecticut since Tennessee’s back-to-back titles in 2007 and 2008.

Maryland: The Terrapins averaged 79.2 points and seven 3-pointers per game on the season. Maryland was just 3-for-19 from 3-point range against the Cardinal and remained 16 points below its season average.

Stanford: Maryland’s shooting problems led to plenty of rebounding opportunities, and the Cardinal controlled the glass, outrebounding Maryland 50-32. That’s nothing new: Stanford outscored opponents this season by an average of nine per game.

The Cardinal will get a chance to get some revenge on the Longhorns in the regional final. Texas won at Stanford 61-56 in November in the second game of the season for both schools.