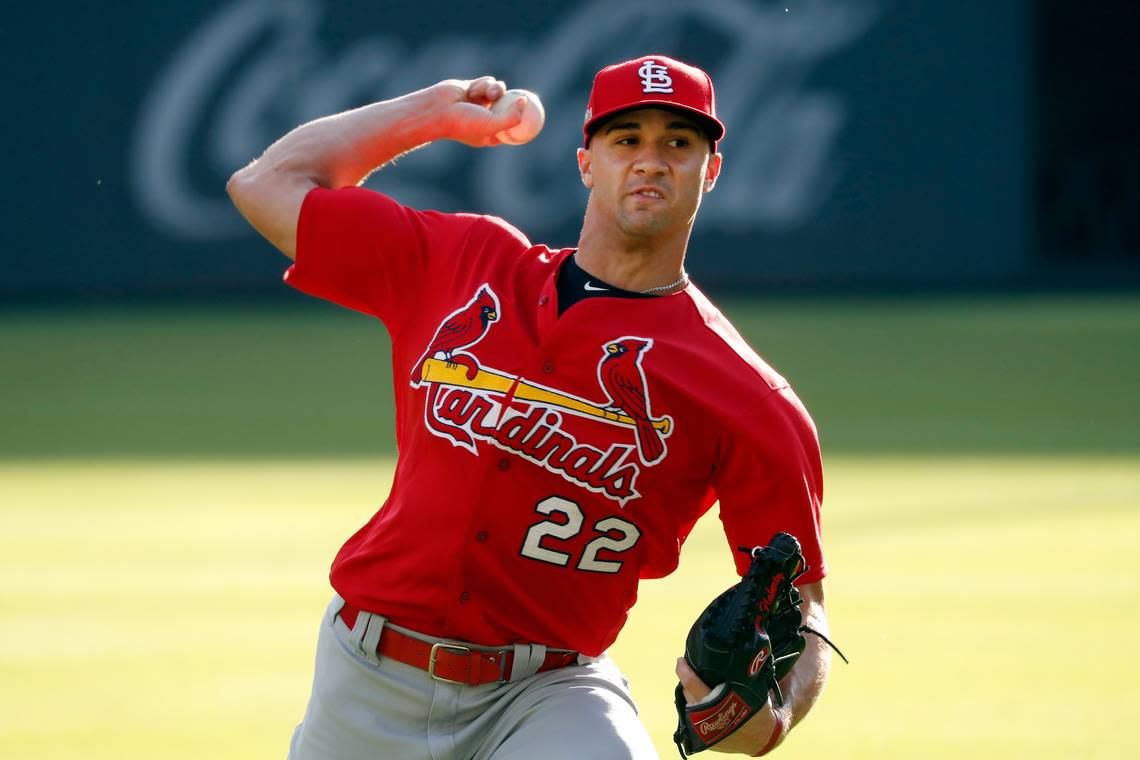 Flaherty did not respond to a request for comment.

The right-hander was limited to 15 starts and 78 1/3 innings pitched in 2021 after suffering an oblique strain in mid-summer and a shoulder strain in late summer after returning from the oblique injury. Prior to 2021, he last missed with injury in 2015 as a member of the single-A Peoria Chiefs.

After a breakout 2019 season in which Flaherty was poised to break out as one of the best pitchers in the NL, the pandemic-shortened 2020 season had the Cardinals handling Flaherty with care. He was the last starter to return to action following the team’s extended hiatus due to a COVID-19 outbreak, pitching just 40 1/3 innings in just nine starts in the 58 games played by the Cardinals.

If Flaherty missed time, recent addition Drew VerHagen and forward Jake Woodford would likely be among the first candidates to be auditioned for their spot in the rotation.

The only other player who was unable to participate in the first two days of camp was right-hander Alex Reyes, who took fielding drills with his teammates Tuesday but hasn’t thrown from a mound because of minor right shoulder soreness.

Catcher Yadier Molina and reliever Giovanny Gallegos have yet to report to camp but are excused for personal reasons.