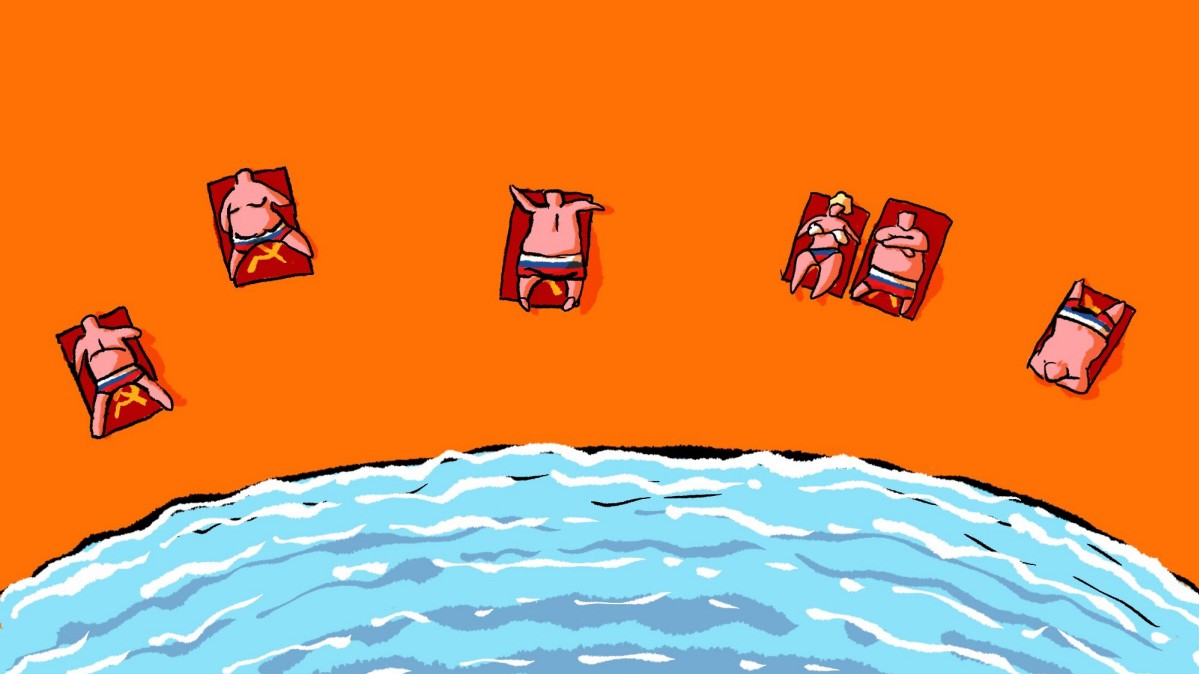 In the middle of… Tallalla

It is March 2, the 64-kilometre-long Russian military convoy is advancing towards Kiev, and Russian vacationers are lying on the beach in southern Sri Lanka. Already in the previous days, in waterfalls and in temples, one met some and took the word “Ukraine” out of their conversations, unfortunately the rest could not be understood due to lack of knowledge of Russian. But now, in the beautiful bay of Talalla, someone with a big belly is lying under a palm tree and talking on the phone. In English and tall enough that the air carries bits of it. “Money” is by far the most common word, the second most common being “Uruguay”. It is unclear whose money the Russian is currently transferring to South America. One thing is clear: he cannot stay where he is, despite Putin’s export ban. When people flee Ukraine, capital flees Russia. Susan Klein

In the middle of… Hermanus

Voëlklip beach in South Africa is a highlight. Totally instagrammable. This bay! The wild swell! You don’t see whales at this time of year, but you do see a couple from Spain going out to sea. The young woman, with the cell phone in her hand, checks the light, the perspective and her position for the best selfie of her. But she doesn’t come to that. What’s coming her way is a cold 16 degree Atlantic wave that apparently rips something valuable out of her hand. ‘Cause she keeps calling “forgive me, forgive me!” and she covers her face with her hands as she speaks to him in disbelief. Turns out it was the wedding ring. Her wedding ring. She wanted to swim and thought it was safer to give it to his wife. The rest is search, despair, guilt. At the end then: a hug. After all, love has to work without a ring. violet simon

In the middle of… Munich

Monday morning, Munich Central Station. Suitcases rattle, garbage trucks spin around passers-by, masked people stare at screens and read grueling news. They drink too hot coffee, reluctantly tear off pieces of pretzels, wait for the train that will take them to Ingolstadt, Frankfurt, Amsterdam. A loud throat clearing is heard, ah, now there is an announcement: “Platform 9 is approaching… Careful when entering!” Then it cracks. Brief silence. Another crack. Some mumbled words can be heard from the speaker. Who were they addressed to now? The first heads are curiously taking off from mobile devices. And then you can hear: a boisterous laugh, from the bottom of my heart. An announcer forgot to turn off his microphone. Suddenly, many seem to be smiling beneath his masks. Mareen Linnartz