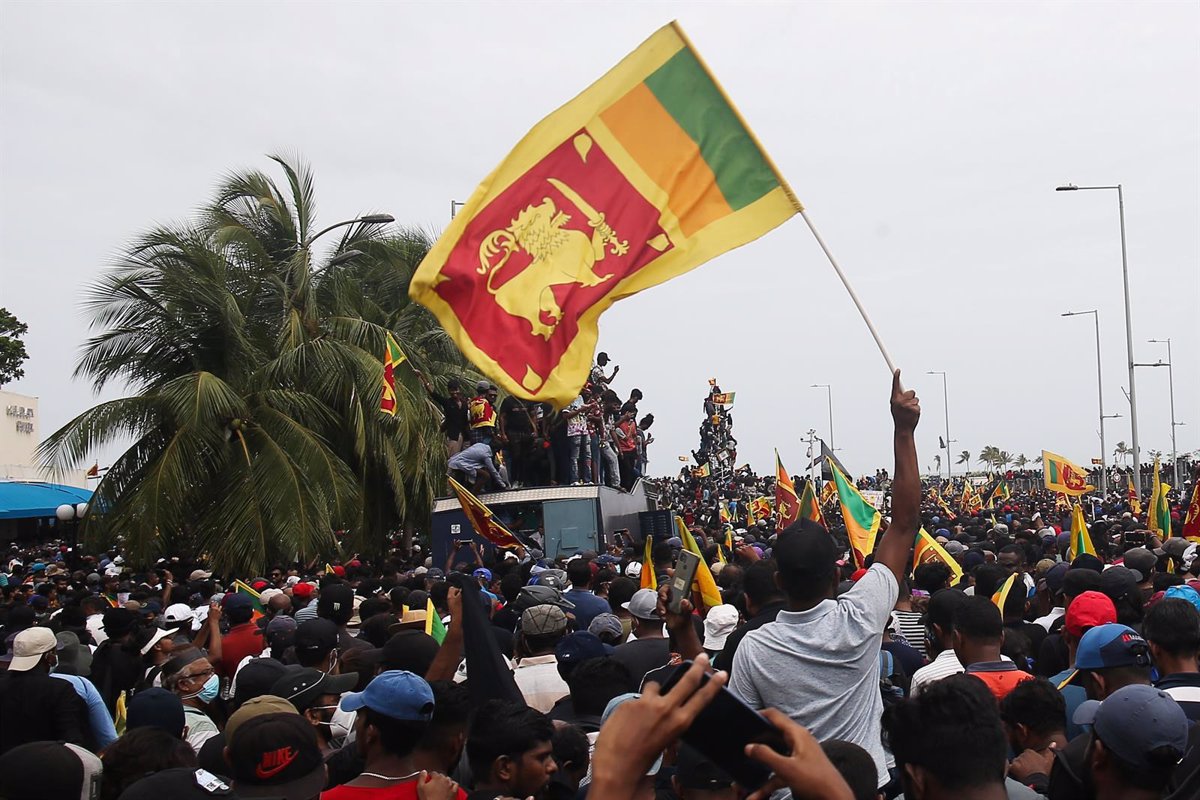 At least nine people were arrested and two injured when hundreds of Sri Lanka Security Forces soldiers dismantled the main anti-government protest camp in the capital Colombo on Friday and began dismantling tents.

Tensions have risen as troops drove protesters out of the compound and police arrested nine people and injured two others, the Aderana portal reports.

The tents erected in front of the Presidential Secretariat were dismantled in a joint action by the army, the police and the special forces of Sri Lanka.

Security forces had warned that protesters would be arrested under emergency laws if they confronted officers.

On the other hand, the British broadcaster BBC has denounced that one of its journalists was beaten by the Sri Lanka Army and a soldier stole his phone and deleted the videos he was making.

The dismantling of the protest camp came less than 24 hours after Sri Lanka’s new President Ranil Wickremesinghe took office in a ceremony held a day after his election by Parliament.

Sri Lankan authorities on July 14 announced the imposition of a curfew from 12:00 noon (local time) in Colombo district, the country’s most populous city and former capital, amid the recent wave of demonstrations and after the fleeing of the country’s President Gotabaya Rajapaksa.

Previous articleThe toy gun debate for children: are they violent or symbolic play?
Next articleAfter the expulsion of “Rote Rosen”: Gerry Hungbauer is back on stage