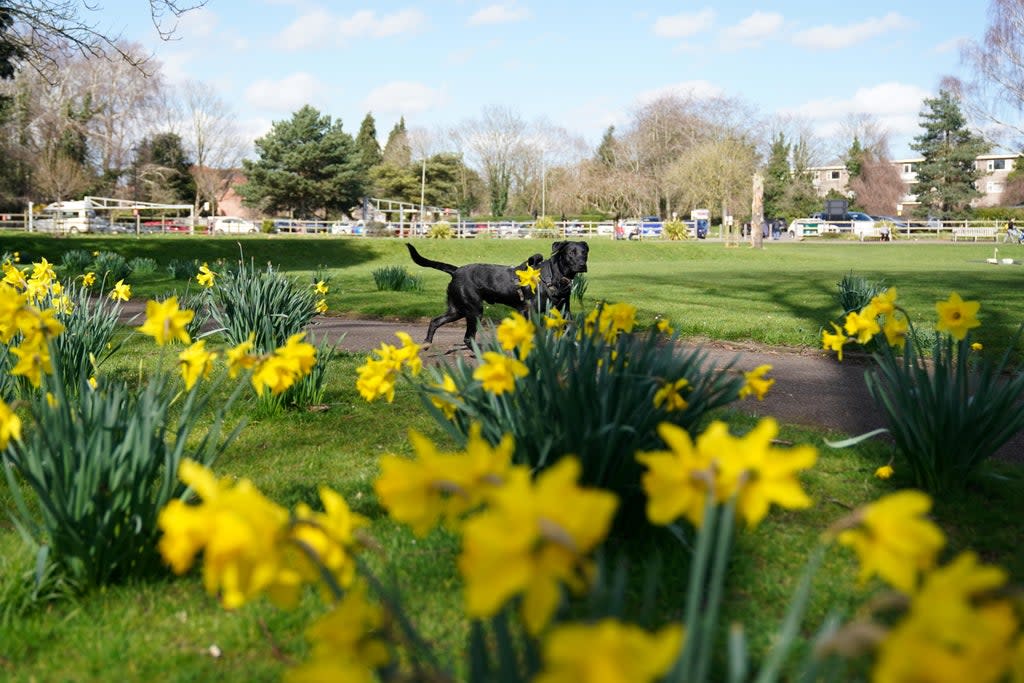 Spring sunshine is expected across most of the UK this weekend, the Met Office said.

After weeks of cold and unsettled weather, many can expect plenty of “blue skies and a touch of spring warmth” in the coming days, though some showers are also expected, according to meteorologist Alex Deakin.

At the end of the week, a moving high-pressure system means “it should feel very nice on Friday and into the weekend,” he said.

Temperatures are expected to be in the teens this week and could hit 17C in the southeast on Friday.

“That high is likely to give most of us a good day on Friday and the high could continue to give us good weather through the weekend,” Deakin said.

“With high pressure across the UK, that means generally good, sunny conditions.”

However, there could be a breeze in some areas, particularly in the Northwest, where rain is also possible.

Earlier in the week, mostly dry and sunny weather is expected for Tuesday, while Wednesday could bring some heavy rain in places.

The rain will clear for many on Thursday, when a drier, warmer trend begins that could last the rest of the month.

The Weather Bureau said next week “high pressure is likely to dominate,” meaning “temperatures are expected to be mild to very mild for most,” while “sunnier weather is expected to be in the south and east.”