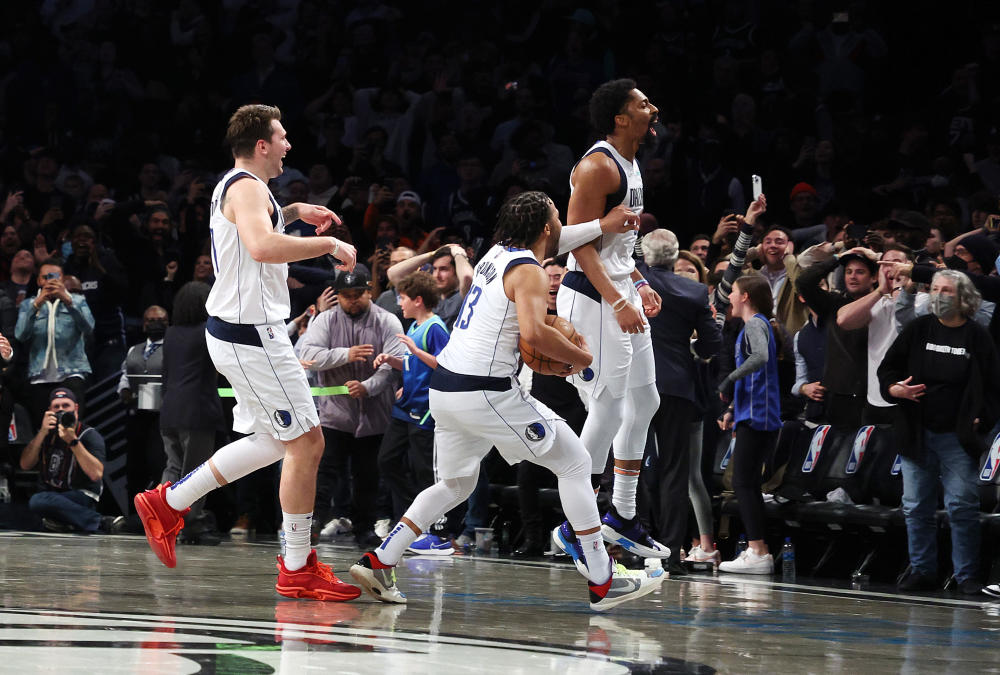 I should tell you something that Spencer Dinwiddie’s 3-pointer going past the buzzer to beat his old team the Brooklyn Nets may have been just the third-wildest shot in the final 30 seconds of the game.

Before Dinwiddie ended the game, the Nets and Dallas Mavericks had battled to a 108-108 tie going into the final half minute. With the ball, the Mavericks turned to Luka Doncic, who pushed the ball into the paint and then hit a Dirk Nowitzki-style fadeaway to silence the crowd at Barclays Center.

That crowd got much louder about 10 seconds later when Kevin Durant hit a contested 3-pointer to give Brooklyn the lead.

A commercial break later, Doncic took the ball again, but the Nets did their best to prevent a repeat of their last possession. Durant moved to catch Doncic behind the arc, leaving Dinwiddie wide open. Dragic spun but was a second too late to stop the game winner.

That was the second straight win for Dinwiddie, who also hit the game-winning 3-pointer against the Boston Celtics in Dallas’ final game, though that shot wasn’t as loud as Wednesday’s.

The victory continues a hot streak for Dallas, which has won eight of its last nine games, a streak that includes wins against the Celtics, Golden State Warriors and Utah Jazz. Dinwiddie had 22 points on 6-for-14 shooting while Doncic had 37 points, nine rebounds and nine assists.