Spanish companies listed on the stock exchange earned 31,685 million euros in the first half of 2022 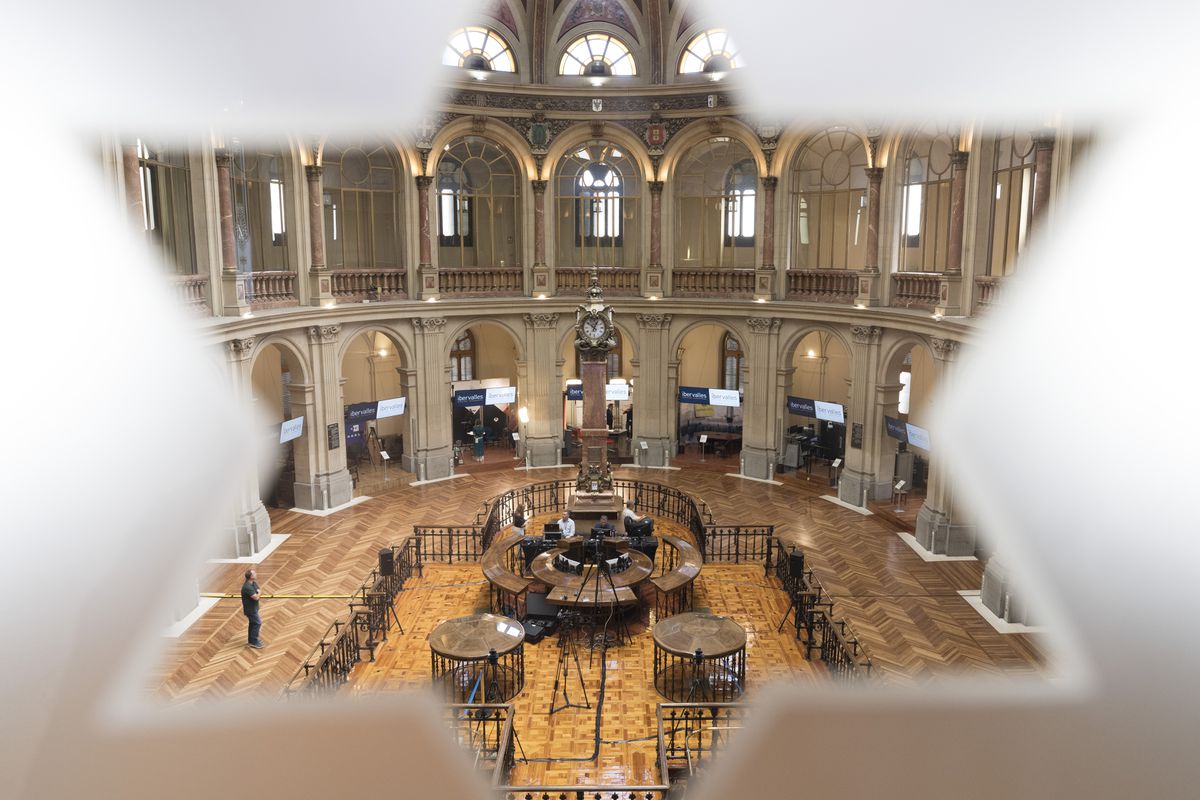 Listed Spanish companies have until next September to submit their balance sheets for the first half of the year. However, as usual, the vast majority of corporate finance departments have postponed the publication of the half-year figures to the last week of July. With the data already registered with the National Securities Market Commission (CNMV), it can be concluded that the earnings harvest between January and June 2022 was generally good, considering the very atypical circumstances that have affected this period.

In concrete terms, the listed companies achieved a net profit of 31,685 million euros in the first half of the year. That’s 3.77% lower earnings volume than the same period in 2021. A year ago, however, Telefónica and CaixaBank saw large capital gains that sparked their profits. Excluding the figures from the operator and the financial institution due to their distorting nature, Spanish listed companies’ profits increased by 44.5%. Not bad at all considering they are being compared to a year (2021) where gains broke their historic record. We must also consider that in recent months a black swan has appeared that no one expected: a war in the heart of Europe.

The Russian invasion of Ukraine has turned all roadmaps upside down, creating a sort of zero-sum game where some win at the expense of others. The belligerent climate has pushed up the price of hydrocarbons – making energy company accounts fatter but spurring spending in other sectors. In this hyperinflationary environment, central banks have responded by raising interest rates much more aggressively than expected – easing banks’ ailing margins but raising funding costs for many companies and pulling back consumer demand.

Despite this confused economic environment, the high proportion of company accounts also attests that Spanish companies got through the semester with good grades. Sales is the bloodstream for any business. Without them, companies can only survive by cutting costs, but that’s a strategy whose days are numbered. Between January and September last year, the listed companies achieved a combined turnover of 318,908 million euros, an increase of 29.46% compared to the same period last year.

For many years, the international business of listed companies was the main driver of their income statement. However, domestic activity grew the most in the first half of 2022. In particular, sales generated in Spain by the companies included in Ibex 35 increased by 52% to 79,053 million. For foreign invoices, it was 132,938 million, an increase of 31.19%. Thanks to this, domestic activity recovered somewhat, accounting for 37.28% of total Capricorn sales, compared to 33.8% a year earlier.

Regarding the evolution of accounts at farm level, there is some loss of traction due to the increase in production costs (raw materials, energy, wages) and financial costs (the rise in interest rates renders the service of the debt). Gross Operating Income, or EBITDA, is the gold standard for a company’s progress because it roughly reflects revenue less expenses (not accounting for items like special items, depreciation, or taxes). The total EBITDA of the listed companies in the first half was 47,790 million euros, 11.28% higher than the same period of 2021.

Small and medium-sized listed companies are most exposed to the domestic market. This trait, coupled with the reduced impact of special items on their income statements, meant that this group of companies performed slightly better overall than the large corporations on the floor during the semester. Capricorn earnings — excluding Inditex, Naturgy, Siemens Gamesa and Solaria, which have yet to release their half-year figures — totaled 27,931 million between January and June, down 5.36%. On the other hand, the combined profits of the rest of the companies in the continuous market were 3,754 million, an improvement of 9.95%.

From a sector perspective, the key players in the earnings campaign were energy stocks. Repsol, for example, earned more in the first half of this year (2,539 million) than in all of fiscal 2021, driven by the rise in oil prices. Just over half of net earnings through June (56%; $1,678 million) came from the oil major’s international operations, particularly in exploration and production, which benefited most from high prices. “The world faces a very complex and volatile environment created by the disruptions caused by the Russian invasion of Ukraine. We recognized a growing concern about security of supply, which has led to a situation of high commodity prices,” said the oil company’s CEO, Josu Jon Imaz, when presenting the results. “In this environment, operating our assets efficiently, providing our customers with reliable and affordable energy, and ensuring security of supply are our top priorities,” he added.

For its part, the largest Spanish electricity company, Iberdrola, posted a record profit of 2,075 million euros between January and June. It is the best half-year result since records were set and is 36% higher than in the same period last year. The figures are primarily based on the good business development in the USA, Brazil and Great Britain. On the other hand is the negative result of its subsidiary in Spain, which cut its profits by 26%. “We continue to increase our investments to increase energy autonomy and accelerate the green transition and reduce dependence on fossil fuels. The projects we carry out in Spain and around the world allow us to generate economic activity and support 400,000 jobs at more than 19,000 suppliers,” said the President of Iberdrola, José Ignacio Sánchez Galán, on the same day which the government announced details of the new tax on energy companies (rate of 1.2% on the net amount of their turnover).

Besides energy, the other sector that will be subject to a new tax as part of the government’s resource creation strategy to mitigate the impact of inflation on lower-income families is banking. Specifically, a rate of 4.8% is applied to their interest margin and the commissions they charge their clients. The five big banks (Santander, BBVA, CaixaBank, Sabadell and Bankinter) earned 10.132 million euros in the first half of the year. This value corresponds to a decrease of 8.9% compared to the previous year, which is mainly explained by the special effects that CaixaBank achieved at the time of the merger with Bankia. The company that made the most money during the semester was Banco Santander: 4,894 million, up 33%. “The banks remain part of the solution and we still see the path of cooperation between all economic and social actors and the banks as a way to continue supporting the economies and our customers,” said its President Ana Botín.

A key sector for the Spanish economy is tourism. With the advent of the pandemic, the leisure business ground to a halt and is now showing clear signs of recovery. These can be seen, for example, in the results of the two large listed hotel chains. Meliá returned to profitability (2.98m) and NH Hotels, although still in the red (-15.34m), reduced its losses by 89%. “If the first half of last year can be summed up in the word resilience, the performance of 2022 revolves around the word recovery, which at an unexpected speed has forced us to revise our business forecasts upwards several times and with such intensity that it was possible to counteract the terrible impact that the aggressive Omicron variant of the Covid-19 virus had on the first quarter results,” confirms Meliá CEO Gabriel Escarrer.

In addition to tourism, the automotive industry is another important sector in Spain’s GDP. Spain is very powerful in everything related to the automotive supply industry. This activity is gradually showing signs of improvement after overcoming the severe impact of the pandemic and supply problems. Gestamp, for example, earned $117 million, up 41%, while Cie Automotive’s profit rose 8% to $160 million. “We are facing a difficult second half of the year marked by similar uncertainties, in addition to possible gas supply restrictions in Europe and a scenario of higher inflation,” warned Gestamp President Francisco J. Riberas.

The glass half full

This season of earnings results, it has been as important or more important than knowing first-half results to test the mood of companies as they face what is expected to be a complicated second part of the year. The US, the world’s largest economy, is already in a technical recession (two consecutive quarters of falling GDP) and the rest of the economies have had their growth forecasts cut significantly. All this in an environment where double-digit inflation does not seem to have peaked yet and central banks have yet to raise further interest rates. As if those uncertainties weren’t enough, we must add the Russian conundrum: all eyes are on Vladimir Putin and his decision on whether to completely shut off gas supplies to Europe.
With these ingredients, the most normal thing would have been to see the managers of the listed companies on the defensive during the earnings presentations and to hide behind the low visibility of the environment in order not to make any predictions for the future. But although the obstacles are piling up in the short and medium term, there have so far been few profit warnings – warnings of lower-than-expected results. Rather, interventions in the opposite direction, which either confirmed or improved the targets set for the year as a whole, predominated.
“We are proud to report half-year results that are above or in the high range of our targets, despite the complex macroeconomic context. We are very comfortable with the year to date and have updated the targets to the high range target revenue growth and medium to high range OIBDA [el equivalente al beneficio de explotación de las empresas de telecomunicaciones]’ emphasized the President of Telefónica, José María Álvarez-Pallete, during the presentation of the half-year figures. Companies such as Cellnex and Banco Santander also reaffirmed their goals. For its part, Indra took the opportunity to improve on its annual targets in terms of revenue, EBITDA and cash generation.