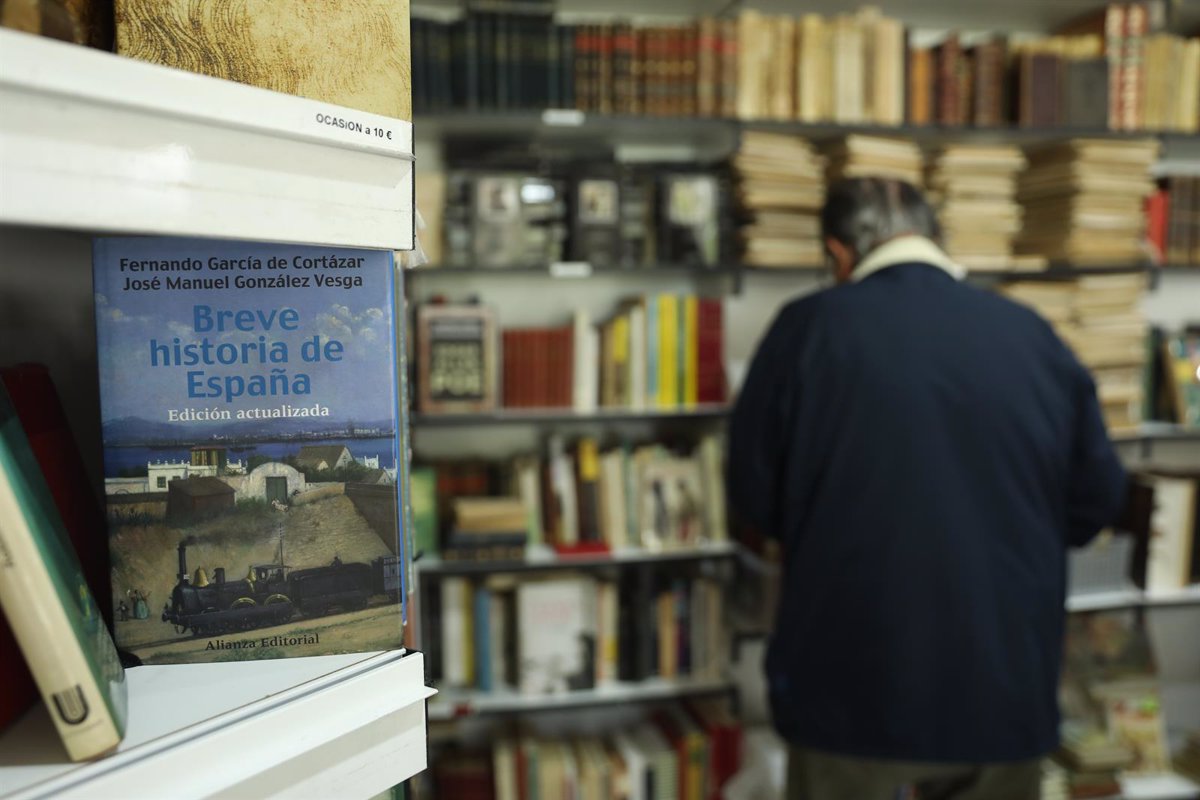 That XXV. National Book Trade Congressorganized by the Spanish Confederation of Booksellers Guilds and Associations (CEGAL), meet in Madrid this Wednesday, June 22nd to 25th, in front of more than 200 professionals from the book industry at a time of “positive trending” and improving accounts from pandemic years.

This was explained to Europa Press by Cegal’s spokesman Álvaro Manso, who confirmed it “The feeling is still good” in 2022 after completing a historic 2021 with a growth of more than 15% for the sector. Manso has confirmed that the mid-year accounting figures are higher than the same period last year, albeit with a “smaller growth”.

“Everything is positive, the turnover is growing, the internet presence or the number of employees. Also part of the important sector, bookstores, which charge over 150,000 euros, with almost 80% of establishments in these numbers,” Manso said.

The bookstore’s staff is also growing and has had a larger number of permanent employees in recent years. On the contrary, Manso points out some problems like that of a sector “aged in some of the segments” looking for transfer or acquisition opportunities, and a “significant number of bookstores needing support in rural areas”..

One of the highlights is the presentation of the results of the study on improving the online trading platform and reading community ‘todostuslibros.com’ – “Resources are invested so that the portal grows and, for example, in the future the librarians are represented”–.

Likewise, the more than 200 professionals attending the Congress will be informed about the update of the Bookstore Map 2022, a tool for analyzing the independent bookstores operating in Spain, which is part of the Bookstore Observatory studies prepared by CEGAL. with the help of the General Directorate for Books and the Reading Promotion Department of the Ministry of Culture and Sport.

“I know will review the concept of a bookstore because a bookstore is not just someone who sells, but has a significant percentage of the sales“, he clarified to push that the number of this map will reach about 3,000 establishments throughout Spain. There will also be improvements in the census and a study of more than 700 bookstores to find out their characteristics – evolution in surface, structure , regime tax or number of employees–.

In addition to the planned presentations, the meeting will offer practical content such as training sessions on the afternoons of the 23rd and 24th. The congress will open this Wednesday at 18:00 at the Joaquín Leguina Regional Library. It will be attended by Miquel Iceta, Minister for Culture and Sport, and Marta Rivera de la Cruz, Minister for Culture, Tourism and Sport of the Autonomous Community of Madrid.