Spain’s U-20 is gold in the Eurobasket 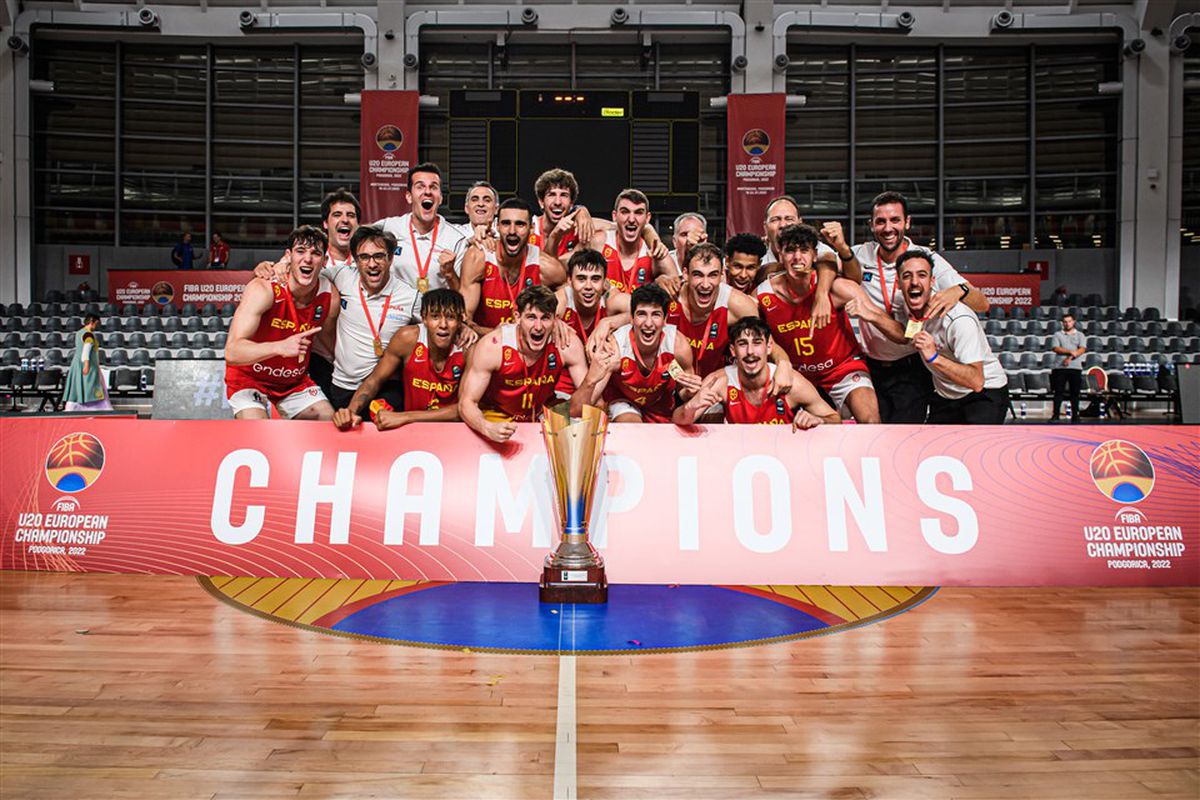 Spanish basketball has enjoyed great health from the start, the U-20 women’s team champion in Hungary on July 16, gold (female) and silver (male) with the U-17 teams at this summer’s World Championships, and now also crowned the U-20 men’s team at the Eurobasket in Pogdorica (Montenegro). It was enough for him to beat Lithuania (69-61) to claim his third European Cup of the category promoted by the government of madridista Juan Núñez, leader of a generation of players called upon to break down the door, such as Rubén Domínguez, Michael Caicedo, Millán Jiménez or Miguel Allen.

Since 1992, when the first edition took place, Spain has already added three wounds to the category. The first in 2011 with Mirotic, Franch and Sastre as the first swords and already in 2016 with Marc García, Ramón Vila, Barreiro, Yusta and Sima. On Sunday he reached third place in a duel that cost him his defensive and physical Lithuania. But Joaquín Prado’s boys, who had already beaten their rivals in the group stage, rounded out the tournament with their sixth straight win, an impeccable record. None like point guard Juan Núñez – voted MVP and guillotined at key moments – well supported by Barça forward Michael Caicedo, who scored 10 of the first 14 points in the final, and Rubén Domínguez, who added 17 points.

It wasn’t easy because although Spain always dominated the scoreboard, Lithuania, with Rubstavicius and Butka as stilettos, caught up in the third quarter (55-55). But success at rebounding and shooting – like Rubén Domínguez’s three-pointers – and a strong defense catapulted the Spanish team again. This and that Núñez also appeared at the end when he was challenged to help the Spaniards win for a third time in their eighth final.