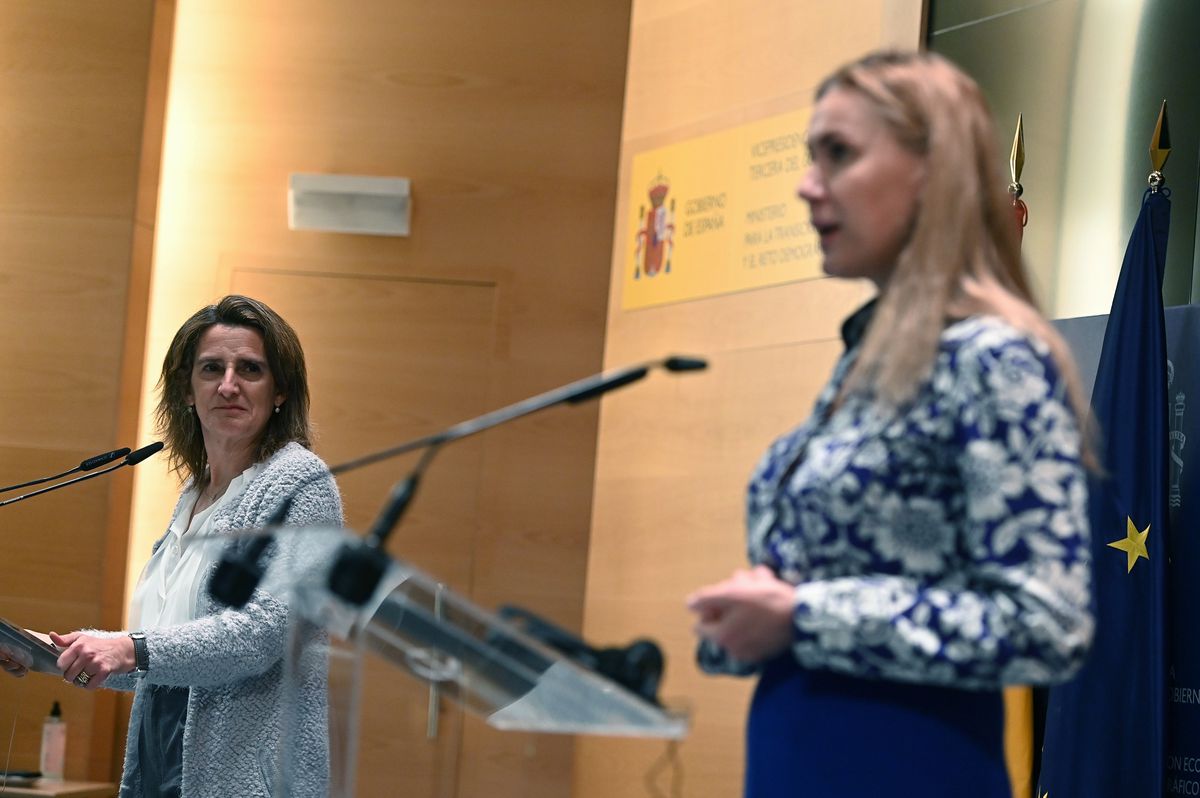 The Spanish government is already working on the counter-proposal that it will put forward at next Tuesday’s energy ministers’ summit to prevent the Brussels theses from being implemented, which envisages a linear 15% cut in consumption in all countries of the bloc anyway Your engagement in Russia. The third vice-president, Teresa Ribera, will come to the negotiating table with an offer to maximize gas supplies to the rest of Europe – through the gas pipelines crossing the Pyrenees – according to Ministry of Ecological Transition sources. The goal: to avoid a drastic drop in demand, which would cause difficulties for the industry, despite being one of the partners least dependent on Russia and having the largest import capacity from third countries.

With six active regasification plants and one (Gijon) in hibernation, Spain is the EU country with the largest regasification capacity. However, the possibilities for shipping part of what arrives in the peninsula to the rest of Europe are limited: in their current configuration, the tubes are Larrau (Navarre) and Irún (Basque Country) – the only two connecting Spain with France connect – allow the re-export to the rest of Europe of around 6.7 billion cubic meters (in the jargon of the industry bcm) per year.

That 6.7 bcm is short of the total amount of Russian gas that the EU will have to replace over the next eight months (45 bcm). Despite this, the interconnector is not yet reaching its maximum capacity: the historical average is around two billion cubic meters per year, and although this volume has increased sharply in recent months, there is still scope to increase this number. At least that’s what Pedro Sánchez’s government will bring to Brussels next Tuesday for a summit where sparks will fly. The executive will also start talks with the system’s technical manager (Enagás) to try to further increase the flow of gas by pipe to France.

The remaining options for re-exporting gas to Europe are practically adopted. The electricity interconnectors are already stretched to capacity, even more so since the enactment of the cap on the price of natural gas for electricity generation – which has made Spanish electricity even more attractive in the eyes of the French – and the closure of much of the neighboring country’s nuclear park for technical reasons. For its part, re-export by ship has little room for growth pending the completion of the Musel (in Gijón) regasification plant, which is due to be ready in the next five to six months as a logistics platform and with a storage capacity of up to 1000 tons to eight bcm.

Search for alliances with other countries

At the same time, the diplomatic machinery is working overtime to garner as much support as possible from the disaffected states. This group is led by Spain, Portugal, Poland and Hungary. Although it has not been able to take a definitive position due to the political crisis that will lead to the eviction of Mario Draghi from the Chigi Palace, Italy is also reluctant, according to Spanish executive sources. And France, while not publicly taking a stand yet, could also resist Brussels. For the Commission’s proposal to be accepted, at least 15 of the bloc’s 27 governments must vote in favor of it; and these must represent at least 65% of the population. Something that seems accessible in the moment.

The Spanish government continues to be amazed by the will of Brussels that all partners of the bloc make linear cuts in their consumption, regardless of their situation and specificities. Department for Ecological Transition and Demographic Challenge sources claim they were unaware of the proposal until just before it was released by the community board on Wednesday morning, which reduced the room for maneuver to a minimum to lower a proposal they believed to be maximum keep. Nor do they rule out that the issue of the mandatory 15 percent cut will be discussed at an extraordinary summit of heads of state and government, given the sensitivity of the matter. If the Community proposal is actually implemented – which seems quite likely at the moment – the Spanish industry would be one of the great heathens.