Spain subdues a resolute Slovenia in the Italian triangle 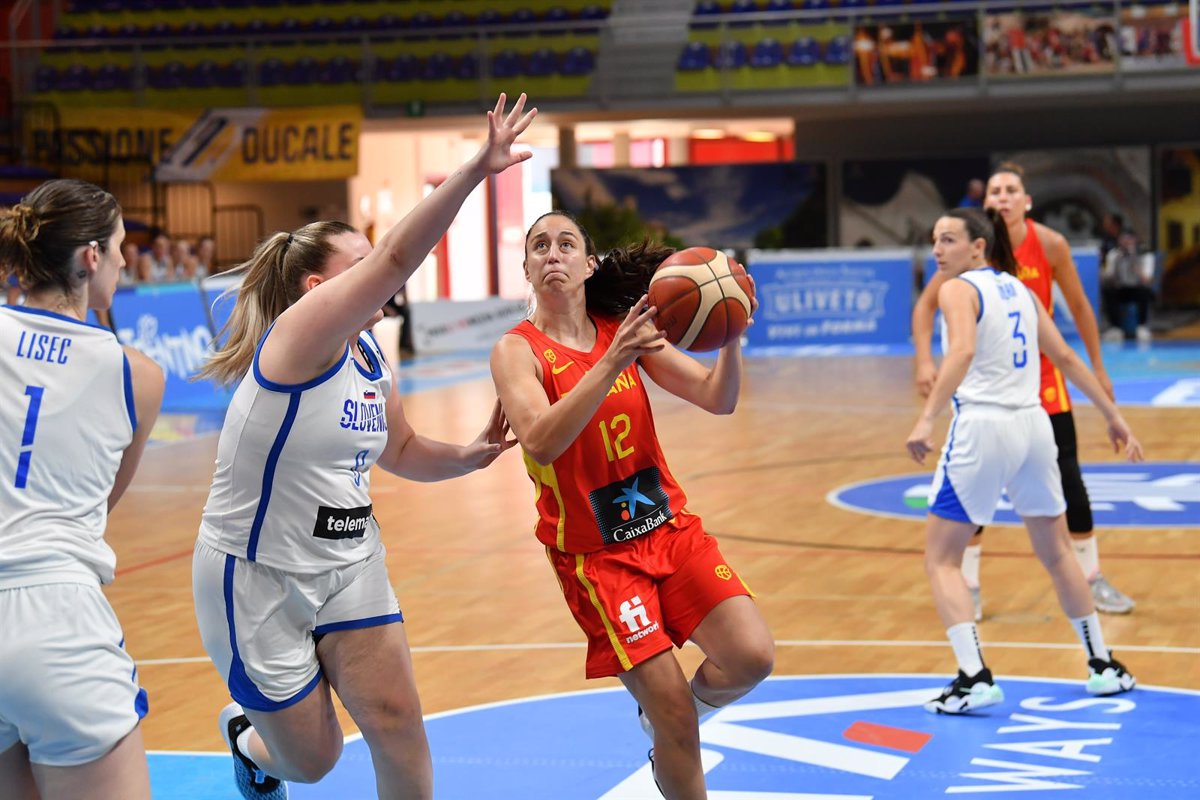 The Spanish women’s basketball team defeated Slovenia (56-60) this Saturday in a friendly within the triangle to be played in Cividale del Friuli, where hosts Italy will be measured on Sunday, another good practice from Miguel Méndez.

Spain added their third straight win this summer and fifth with the Galician coach always ahead despite a rival never leaving the game. María Araújo (11 points, 14 rebounds and a PIR of 19), Raquel Carrera (15 PIR) and María Conde (17 points and a PIR of 17) were the most outstanding.

Méndez’s began stealing balls and imposing their rhythm, with Conde contributing the points. Mastering the rhythm was not met with success in Spain while Friskovec kept the Slovenians close. The first Spanish danger of flight came after five minutes of the second quarter (14:24).

However, the offensive blockade of the four-time European champion and the loss of the rebound gave the Slovenians the opportunity to press slightly. Carrera and Araújo ended the first half with good actions that came back to Méndez (23-34).

The Galician pivot came back with the resumption and with María Conde they opened the rent more. Another unsuccessful attempt to put the Slovenians behind as Friskovec returned to take vital points. Spain, however, confirmed their strike in the third quarter with a 4-12 (38-52) run.

The Slovenian zone defense reinforced the Spanish attack in the final act as Méndez’s men lost control in a 18-8 score, with points from Lisec and Oblak. Conde, Leo Rodríguez and Irati unblocked the situation not to jeopardize the win and tirelessly think of Italy, a more important rival.