Spain shines with new ‘Golden Juniors’: ‘Thanks to the work of hundreds of invisible coaches’ 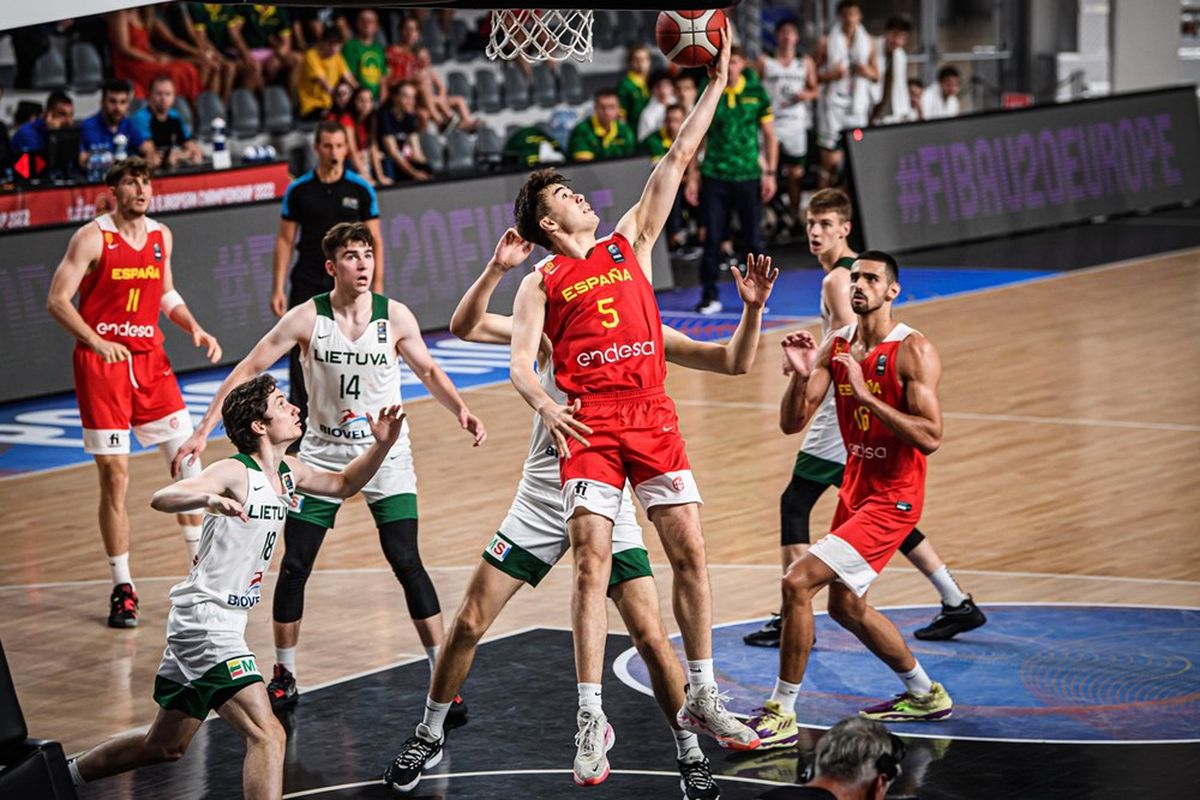 “The generation change in Spanish basketball is guaranteed”. Word from Jorge Garbajosa, President of the Spanish Basketball Federation. And reasons are not lacking. This summer, the lower categories have won medals in all FIBA ​​tournaments they have participated in: gold in the U-20 Eurobasket for women and men and silver in the U-17 World Championships, also in both categories, to which the juniors also include players aged 20 and 17 respectively. A success that can only be compared to the summer of 1999, when the teams of Pau Gasol, Juan Carlos Navarro or Felipe Reyes won the U19 World Cup against the USA. This generation was baptized as the Golden Juniors and they brought a multitude of successes as they made the leap to the Absolute. Now Spain is illuminating the slump in the Gold Juniors 2.0.

This Generation Z litter resembles their predecessors in talent and passion for basketball, but little else. The taste in music, the hairstyle or the favorite hobbies are completely different from what is usual for a young person of the last century. Even its origins. Your selectors visit EL PAÍS to unveil the keys that explain the prosperous present and the exciting future of this fifth of boys and girls born between 2002 and 2006.

“The key to this success was the talent and commitment of this generation of players,” said Joaquín Prado, coach of the U-20 men’s team that won gold at the Eurobasket. “Those two ingredients together usually bring success, but you also have to consider the work these players do for their clubs. There are hundreds of invisible coaches in Spain who owe a lot and who are doing a fantastic job,” claims the manager, who acknowledges that teams collect the work of clubs throughout the year. Prado underscores the federation’s role in recognizing this talent, with a sport management that examines players from the age of U12. “Many of them have gone through all the categories of the national team and know each other very well. The U-20s are the last season before the absolute and our job is to make sure they arrive as prepared as possible.”

The triumph of the team led by Prado in the U20 Eurobasket, together with that of the women’s team, consolidates Spain as the great dominator of the European tournament, where it has 26 medals (11 gold), 10 more than the second country on the podium, France (16, with four gold medals). “If they are physically lucky, they will all become professional players and some of them will certainly reach the top elite,” predicts the coach of his team, which consists of players such as Juan Núñez, the tournament MVP, who was included in the tournament the preliminary list of the absolute selection to play the Eurobasket in September.

But beyond talent management, Spanish basketball has evolved in recent years due to changing demographics. “The profile of the Spanish basketball player is that of a very talented and creative player, but not physically towering,” said Cristina Cantero, coach of the women’s U-17 team that won silver at the World Cup. “With all that multiculturalism, we’ve grown a lot in that regard. We can have black players who are Spanish and compete physically with the strongest teams in the world,” says the coach.

Cantero had in his team Awa Fam, the youngest player to debut at Valencia Basket (15 years, 5 months and 15 days), a Valencian center of Senegalese parents, measuring 1.92m at 16 years old. Fam was included in the ideal quintet of the World Cup along with her partner Iyana Martín. “You left ten years ago and that player profile didn’t exist in Spain. Add to that the talent of players with a different profile and you get a balanced team and you can compete against the best like we did. There are still teams that beat us, but we’ve improved a lot with those types of players.” Cantero’s team won Spain’s third U17 World Cup silver after beating competition tyrants USA in the final had failed.

The same fate befell the men’s team, coached by Javi Zamora, who reached Spain’s first U-17 World Cup final. At times his students cornered the North Americans, who were unbeaten in the competition (44 wins, 0 losses) with six straight titles. “Even though they physically outplayed us in the second half, we came up against the United States without the usual aura of defeatism when you go up against them,” says Zamora.

The coach impacts the players’ efforts to combine their studies with basketball since they are still in high school. “The issue of training is essential and the boys have to be given opportunities so that they can combine everything. Of course we can make steps forward, but this success speaks very much for the maturity of the players and their environment.” Zamora asks his students to remain calm so that they can burn stages without pressure and continue their pedagogical training. “Let’s be patient. These guys need to develop their sport and continue their studies. That is one of the most important keys to success in basketball training.”

The illusion of youth

That effort and dedication, even if they don’t reach gold, is the greatest reward the trainer could ask for. “After more than 10 years of working in national teams, I think this was the most extraordinary experience of my career. The magic of playing at home (the World Cup took place in Malaga), with Martín Carpena in the final, after all the work done by the federation, was very special,” stresses Zamora.

Because in addition to the technical, organizational and demographic issues, an emotional component is crucial. Rubén Burgos is the coach of the U20 women’s team at the Eurobasket Championship and coach of the women’s Valencia Basket. “I think the biggest difference I’ve noticed is the illusion that all the players transmitted. Maybe I didn’t notice it on professional teams and it reminded me a lot of when I was a player and part of the lower tier teams. I like that a lot,” the coach affirmed.

In her opinion, the two summers without international tournaments due to the pandemic have brought even closer the players who saw the Eurobasket as their last chance to fight alongside their teammates. “Their enthusiasm and dedication were at their maximum and they formed a spectacular human group. They demand to put their competitive gene on the table and develop their talent,” describes Burgos. Spain will try to complete a round summer for grassroots basketball in August with four more competitions: Eurobasket U18 and U16 for women and men. When their tournaments are over, it will be the turn of the all-male team, which will contest the Eurobasket from September 1st.