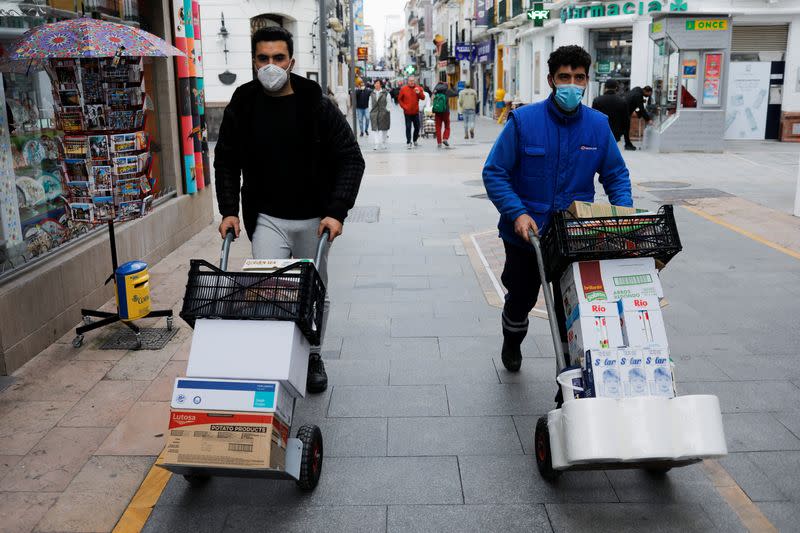 March 25 (Reuters) – The National Institute of Statistics (INE) unexpectedly revised the reading of Spain’s economic growth in the fourth quarter, raising the global expansion of the whole of last year to 5.1%, compared to the estimated 5% previously.

Spanish gross domestic product (GDP) grew by 2.2% in the fourth quarter, against a preliminary estimate of 2%, thanks to better-than-expected household spending, business investment and exports , based on revised data.

Household spending grew by 1.5% in the last three months of the year, more than double the expansion registered in the third quarter, while the construction sector grew by 3.4%.

The INE has also revised the GDP data for the third quarter compared to a year earlier to an expansion of 3.5%, compared to the previous projection of 3.4%.

Despite the upward revision, growth in 2021 remains well below the Spanish government’s target of 6.5% and many analysts have cut their outlook for 2022.

The Minister of Economic Affairs, Nadia Calviño, has announced that the impact of the Russian invasion of Ukraine may slow down Spain’s economy, but the Government has not yet revised the optimistic target of 7% growth that it presented last year.

Already rising last year as the global economy began to recover from the negative effects of the COVID-19 pandemic, energy prices have soared following the Russian invasion of Ukraine, driving up inflation across Europe. .

Spanish carriers have been on strike for almost two weeks, which has caused sporadic shortages of some products, forcing some companies to close and some manufacturers to reduce production, which will further weigh on Spain’s economic growth.