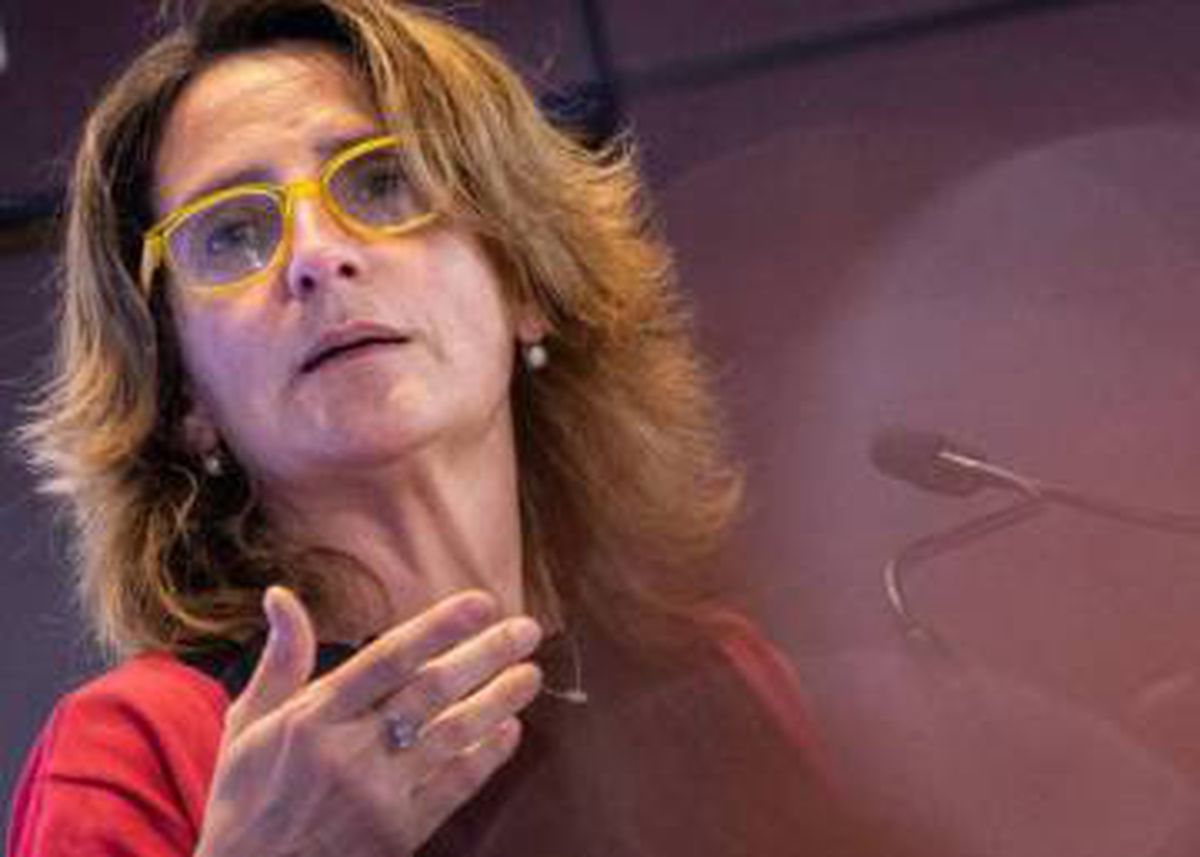 The Spanish government this Wednesday expressed its opposition to the European Commission’s proposal that all European Union countries voluntarily reduce their gas consumption by 15% by next spring, in preparation for a possible cut in Russian supplies. “We defend European values, but we cannot accept a disproportionate sacrifice on which they have not even asked us for a prior opinion,” third vice-president and minister for ecological transition Teresa Ribera said at a press conference who believes so the idea “It’s not necessarily the most effective, nor the most efficient, nor the fairest”. Whatever happens, he stressed, “Spanish families will not experience gas or power outages in their homes.”

The government’s energy chief has opted for “savings and efficiency” in gas use, but has assured the executive is not considering the hypothesis of limiting it to “any type of consumer”. He also declared that Spain would show solidarity with the rest of Europe, “but not at the expense of private and industrial consumers” who “have been paying a very high bill for a long time” and “do not deserve any restrictions”. or rationing”.

“Spain will show solidarity with the rest of Europe, but our solidarity is much more useful when we can use our infrastructures to bring gas to the rest of Europe, but not at the expense of some households and industrial consumers who have long been paying a very high bill pay precisely because it is an energy island,” he stressed. “Unlike other countries, we Spaniards have not lived beyond our means in terms of energy.”

For this reason, the minister called on the community partners to “discuss openly, transparently and respectfully” how they can best support each other. And he highlighted the “fundamental” role that Spain can play as a “gateway” for more than 30% of liquefied natural gas (LNG) to Europe, with infrastructures ready to support “its neighbors”.

“Spain has done its homework in this area and has paid more than many European partners,” he explained, adding that the government “resists imposing obligations beyond what suits us in terms of effort and other community partners will be asked”. In this way, he assured that Spain would go to the European Energy Council on July 26 “to defend the interests of all Spaniards with a solidary, effective, efficient and coordinated proposal”.

The European Commission this Wednesday proposed a 15% reduction in gas consumption in the face of threats from Russia, saying that they need to analyze the concrete approach. “I think there is a call for effort to all countries, there is a very strong call for solidarity. Spain is a country committed to solidarity, but we need to see how best to offer solidarity, which is probably more related to the ability to use our infrastructures to support Member States that are dependent on gas, which will pipeline has been delivered. he hinted.

In this sense, he recalled that Spain has “a large regasification capacity and also a large storage and re-export capacity through small methane tankers” and the government believes that Spanish consumers “beyond the effort they can make, they don’t have to.” suffering the consequences of something they have paid for many years’, their own security for retirement.

Spanish regasification capacity accounts for more than 30% of the total capacity in Europe and therefore Spain is “the main port of entry for liquefied natural gas to Europe”, which “is reflected in the gas bills of households and industry, which therefore do not deserve restrictions To give”. “Yes, I think we have to focus on savings and efficiency; I do believe that it is necessary to find out how some consumptions can be replaced by others, as far as they can be replaced. But we are not considering the hypothesis of introducing rationing or restrictions on any type of consumer,” Ribera said.

‘Widespread belief’ that Russia is turning off the faucet

Ribera has highlighted that there is a “widespread belief that sooner or later Russia will stop supplying Europe” and has pointed out that although the EU is not imposing sanctions on the Russian country today for invading Ukraine does so as a major supplier of gas, coal, oil and enriched uranium. After pointing out that Russia is currently a fundamental country for energy supply in Europe, he recalled that it is not “that important for Spain” because its volume of gas imports is “very limited and practical”.

Referring to Vladimir Putin’s announcement that he would reopen the gas pipeline with Germany, the minister believes that “what he did was rehearsed an energy blackmail with the Europeans”: “More than a year ago they started saving reduce gas or gas flows from Russia to Europe through the various active gas pipelines”.

Referring to Nord Stream 1, the main gas pipeline connecting Russia with Germany, he emphasized that “for months the flow has been reduced by more than 84%, that is, it is working by 15%”. “Now there was a scheduled maintenance shutdown. There were doubts as to whether this planned 10-day shutdown, which ends today, would be permanent or if it works again, it will continue to send or increase gas by about 15%,” he clarified. After pointing out that they don’t have an answer, he thinks it’s very likely that he’ll continue to play with the volumes of gas he exports to Europe.

Previous articleVirgin River Season 4: The ending explained – Here’s what happens in the finale of the new episodes of the Netflix series
Next articleThe Ibex 35 falls 1.18%, losing 8,100 points