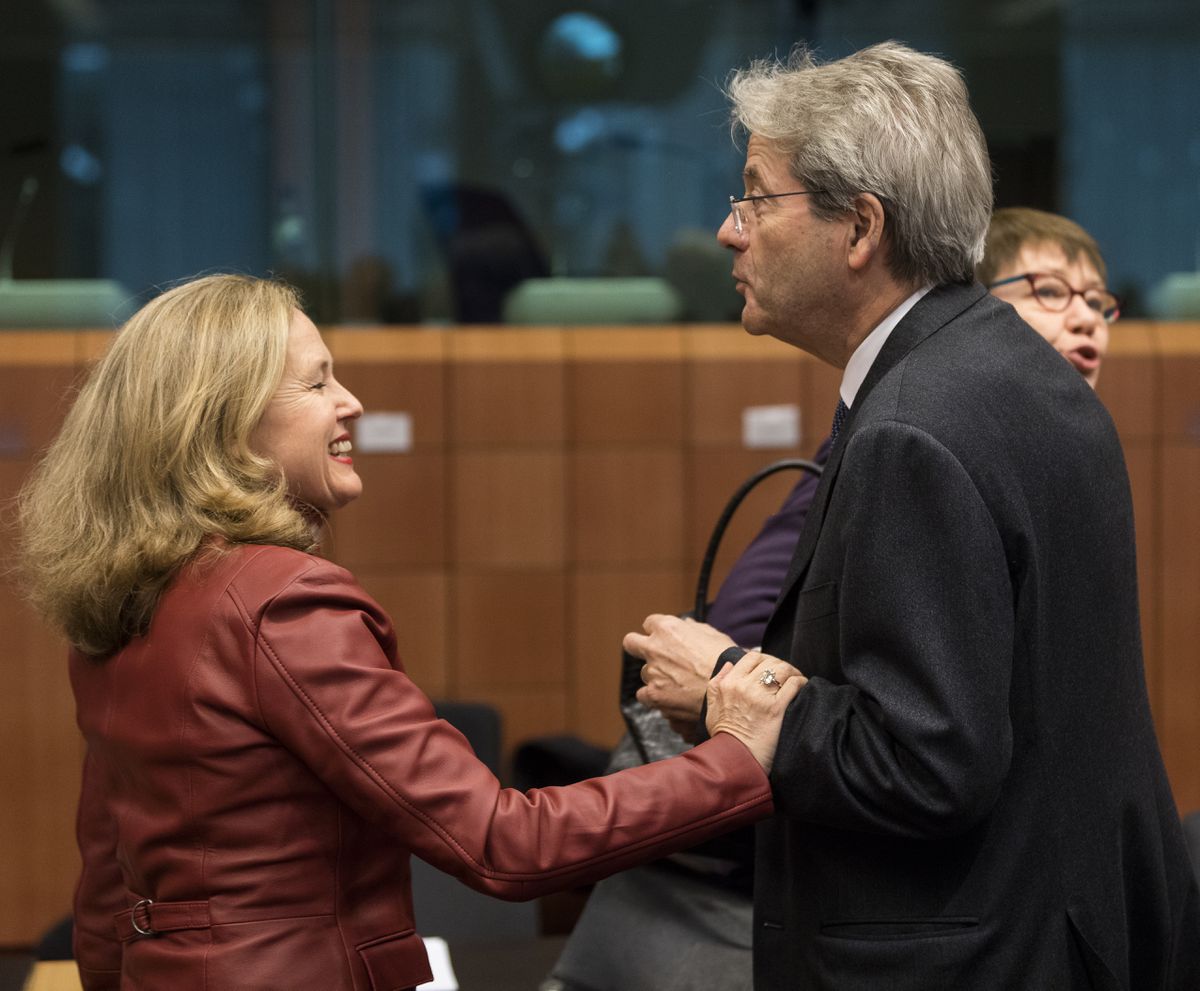 Spain will receive significantly more money in grants from the European Union’s recovery fund than originally planned: 7.830 million more. The total increases to 77.34 billion instead of the originally allocated 69.51 billion. Why? This is one of those rare occasions when it pays to be bottom of the class. Spain is the country whose economy has emerged less strongly from the Covid-19 crisis and this is a crucial criterion when calculating the final distribution of the 338,000 million in direct aid that will be published next week. These preliminary data, to which EL PAÍS had access, cement Spain as the main beneficiary of this instrument, ahead of Italy.

The European Union has taken what is probably the most ambitious decision in recent decades with the establishment of the 25,000 million 7 recovery fund, split almost equally between grants and loans, for the 2021-27 period. The distribution of the money that was not to be returned among the twenty-seven took place in two parts. The first, 70%, was finally calculated with the Fund’s approval, taking into account population, the severity of the economic crisis and the unemployment rate. This meant 46,600 million for Spain and 47,936 million for Italy, the other major beneficiary of this measure. The remaining 30% corresponded to the second part and it was up to the Commission to calculate the final amount depending on the population and above all on the economic development in the years 2020 and 2021.

Spain is economically hardest hit by the pandemic in the EU. Its economy fell by 10.8% in 2020; Italy shrank by 9.9%; the Eurozone 6.3% and the EU 5.9%. Last year was a year of recovery, but Spain underperformed again, growing 5.1% compared to 5.4% for the single currency area or the EU as a whole, or 6.6% for Italy. All this explains why Spain is the last country to regain pre-pandemic GDP levels, according to the latest European Commission forecasts.

Paradoxically, this bad news becomes good when it goes through the sieve of the mathematical formulas that number the fund’s allocation criteria for calculations already made by the European Commission. Those numbers, according to European executive sources, will be presented on June 30. And they will significantly revise the funds corresponding to Spain upwards, because when the first distribution was made, the community economic forecasts for August 2020 were made. However, the regulation regulating the fund and the contribution and distribution criteria underlined that 30% of the fund should be recalculated in the first half of 2022 with the real evolution of the economy.

Germany benefited from the recalculation

From the first moment the establishment of the recovery fund, its overall level and distribution criteria were agreed, it was clear that Spain and Italy would be the countries that would benefit most from the distribution. Spain would receive about 600 million more in subsidies than Italy, although Rome would have much more in loans, 122,600 million compared to just under 70,000. Now, with the recalculation, Spain will receive a lot more money that it shouldn’t give back: 77,340 million, with an increase of 7,830 million by 68,890 from Italy, which will only get 13 million more. They’re not the only countries to gain from the preliminary recalculation numbers. Germany also benefits, it gets 2.336 million more in subsidies. A total of almost 30,000 million.

On the other hand, there is France, which will receive 2,170 million less than expected, or Romania with a similar amount. Belgium, Poland or Croatia will also see the amount to be collected decrease without counting the credits. In these cases, the opposite logic must be applied. They have emerged from the pandemic crisis stronger than expected and therefore the help they will need is less.

The new distribution figures do not affect the payments already received by Member States, both in terms of pre-financing (13% of the amount calculated in principle) and tranches already recovered, requested or planned for 2022. Spain received the first tranche of aid in December 2021 (10,000 million), has requested the second, which must receive the Commission’s qualifications before the end of the month, and may request a third before the end of the year. Yes, after the five payouts planned from 2023, which will increase significantly, it will make itself felt.

All of this money relates to the portion of the recovery fund that corresponds to grants. However, there is still a slightly smaller loan. Some countries have already submitted applications, such as Italy, which, with the first submission of its plan, has already claimed everything that goes with it: these 122,600 million. This helps to understand that the government led by Mario Draghi is now the one that has received the most so far, adding loans and aid (45,890 million). Portugal would also have already claimed part of what corresponds to it in credits.

Spain has yet to request a euro in loans, which has drawn criticism from many economists who believed the government was very timid in its bet. However, first vice president and economy minister Nadia Calviño never ruled out the move. In fact, a few months ago he made it clear that he will make the request and, as he explained last week at the end of the Council of Finance Ministers in Luxembourg, he intended to borrow all the money equivalent to Spain, that is, a little less than 70,000 million.