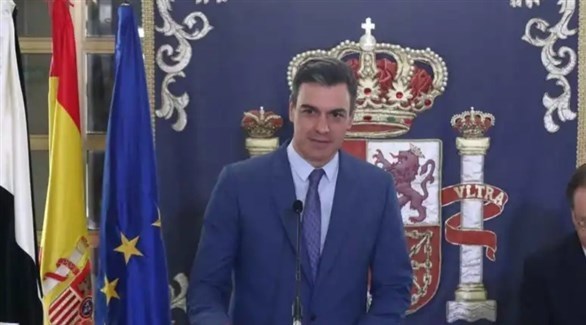 The President of the Spanish Government, Pedro Sánchez, today defended his position on Western Sahara, which exposes him to a strong attack in his country, and promised “more solid” relations with Morocco, which was waiting for this initiative to put an end to the estrangement with Madrid.

“We are putting an end to a diplomatic crisis” with Rabat, Sánchez said in the Spanish enclave of Ceuta, on Morocco’s northern coast, but “most importantly, we are laying the foundations for stronger relations with the Kingdom of Morocco.”

It is the first time that Sánchez has spoken publicly on the subject since his government announced on Friday its support for Rabat’s position of granting autonomy to the former Spanish colony.

The crisis caused by the reception of the Polisario leader Ibrahim Ghali in Spain in April 2021 for the treatment of Corona reached its climax, with the arrival of more than 10,000 immigrants, mostly Moroccans, in May 2021 to the Spanish enclave of Ceuta on the north coast of Morocco, after relaxing border controls on the Moroccan side.

Sánchez stressed that “Spain’s relations could not be broken” with a “strategic country like Morocco”.

Sánchez indicated that the “normalization” of relations with Rabat would allow “strengthening immigration control” by Morocco, from where the majority of immigrants go to the Spanish coast.

Sánchez defended his government’s decision, which provoked strong reactions from both the left and the right-wing opposition, saying that it “reinforces the position already expressed by previous Spanish governments” and “is consistent with the position expressed by other powerful countries” such as France. . and Germany