Spain meets Greece again without time to lick their wounds 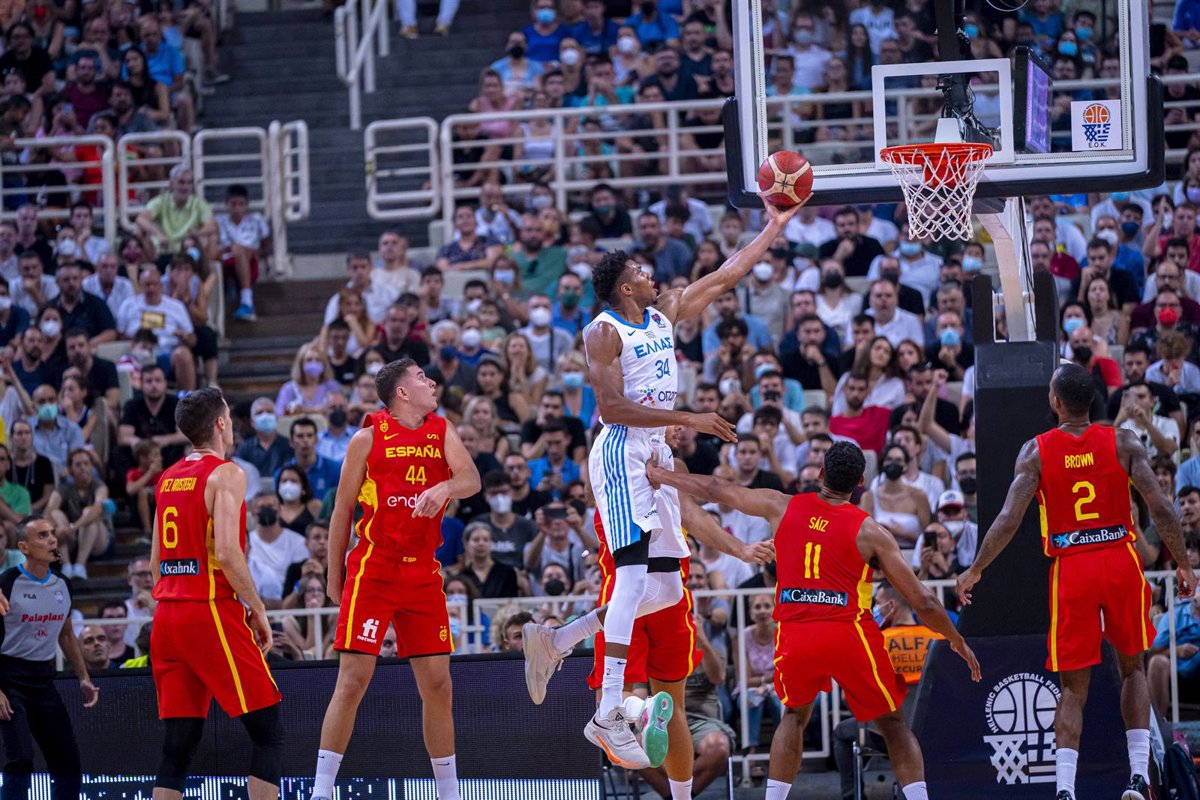 The Spanish side meet Greece again in their second Eurobasket preparation game (19:30 CEST), played just 48 after the first, but this time in Madrid, where Sergio Scariolo’s men will try not to make the same mistakes to seek victory.

In Tuesday’s first game, Greece took advantage of a Spain in the build-up and dominated from start to finish with a final score of 86-70 that featured NBA’s Giannis Antetokounmpo, who scored 31 points in just 20 minutes of play.

For Scariolo it was “a very interesting game” that gave him “things to learn and others to build on”. “We played against one of the best teams in the competition. Greece are definitely in the first group, the ones who will be at the top, everyone expects them to be on the podium,” said the coach after the game.

This Thursday, the two teams now face each other at the WiZink Center, where Spain will try to minimize the mistakes that kept them under the scoreboard for the entire game. Stopping or reducing Giannis Antetokounmpo’s influence on the game should be the first key for the national team.

Lorenzo Brown made his debut in Greece, his debut correctly, although erratic from the three-point line, as was the entire team who only managed 6 triples in 23 attempts, a very low percentage. There, Spain was missing, among other things, a Sergio Llull, who did not travel to Athens for personal reasons.

Spain need to adjust their central defense better as they allowed 33 shots in the first game, which the Hellenes also converted with a 75.8 percent success rate, a far cry from the 43.2 the Spaniards had. Spain also couldn’t count on injured Usman Garuba and Alberto Abalde ahead of the first game.

Scariolo has a long list of young people who are already regulars in FIBA’s “windows” with whom he hopes to grow together ahead of September’s continental event. For now, Greece showed the Italian coach the work ahead to aim for that podium.

After this game, where the support of the fans will undoubtedly be an advantage, the Spanish team will again have a double effort, but in this case against Lithuania. It will first be played in Gran Canaria on Tuesday 16th and two days later it will be repeated in Vilnius.

Previous articleThe Red Cross claims to be “the most prepared generation in history” to endure “job insecurity” and “exploitation”.
Next articleIlla (PSC) again asks Aragonés to convene the gaming table: “We must open this process”