In Spain, the illusion came with puppets to the euro. First fell in the previous his two references, Jenni Hermoso and Alexia Putellas. And then Germany gave him a bath of pragmatism. Until he met England in Brighton. There was no trace of that irregular team from the debut against Finland, nor of the fragility in the spaces against Germany, let alone the one that Denmark drew with more doubts than certainties. In front of the hostess, Spain looked at itself in the mirror of Spain. A mirror, anyway, which broke when the clock started to smile at the red man. The fixture plans worked perfectly for Jorge Vilda until England’s pride neutralized Esther’s goal. In overtime when emotions mocked the game The three lions They sealed their pass to the semifinals against a Spain who died standing. 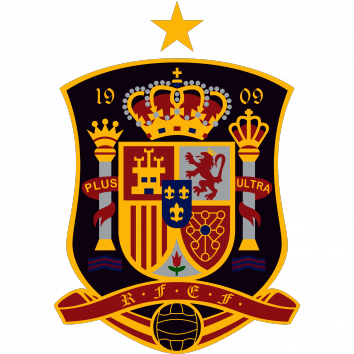 In the goal phase, when no one dared to risk anything, the Spaniards did not hide their script: the ball was theirs. It would have come as no surprise had it not been for Dutch Sarina Wiegman’s England sitting up front – on the bench yesterday after recovering from Covid – the third team to value leather most in the Euro after Spain and France.

Jorge Vilda’s plan worked right from the start. In any case, as in the whole championship, the Spanish coach was not short of names to accompany Guijarro and Bonmatí in midfield. The new installment had an unprecedented protagonist in EM, Teresa Abelleira, more chalk than muscle for the Reds.

With the ball in their boots away from Sandra Paños, La Roja gradually undermined the English’s confidence. Not even the breath of the noisy fans lifted the football The three lions, silenced in midfield by the trio of Guijarro, Bonmatí and Abelleira, blocked on the flanks, particularly on the right. Lucy Bronze and Hemp didn’t peep in front of Cardona and Mariona. So the Reds didn’t just put England to sleep, they went one step further. On the lack of aggressiveness in attack, strategy. Due to the lack of power in the wings, a shot from Mariona from the sickle. All without risk for the Earps goalkeeper. However, there was no news from Sandra Paños.

The aura of superiority with which England presented themselves paled in comparison to Spain. But Jorge Vilda wanted more. La Roja needed more vertigo on the wings and the coach wasn’t willing to wait. After passing through the dressing rooms, the Madrid coach sent Athenea onto the field. Again the panel worked for the technician. The Madrid winger was quick to show her teeth. He first threatened a center that found no one in the area. The same formula to break down the English defense that arrived at Brighton with an unbeaten goal. Esther appeared in the heart of the box to finish off a cross and take out the English fans.

Sarina Wiegman reacted and had no other idea but to collect girls in attack. More dizziness than control as Athenea Daly continued to break down the left wing.

England was already a nervous wreck back then. And Spain also seemed to know how to play on the locals’ fears, particularly Aitana’s temperance in hiding the ball. It was Vilda’s third plan. And like the previous two, it worked. Until Toone seemed to catch a lost ball after the Paredes-Russo clash. A goal from old England, also from the new, with no argument other than the self-esteem of rebelling against a Spain that was as hard to bite as it was good to play.

In extra time, there was a duel that Spain never wanted, shot after shot. Stanway’s speed to slip through the alley of 10 and pull out an accurate and powerful shot that left Paños’ stretch in nothing. At that moment, the fans were dismissed. the anthem of It’s coming home was invoked for the first time in a duel. Spain once again showed no signs of being intimidated in Brighton. But the gasoline was already what it was. La Roja bid farewell to the Euro, but it seemed only one ’til later to get the continent’s best back on the ropes.