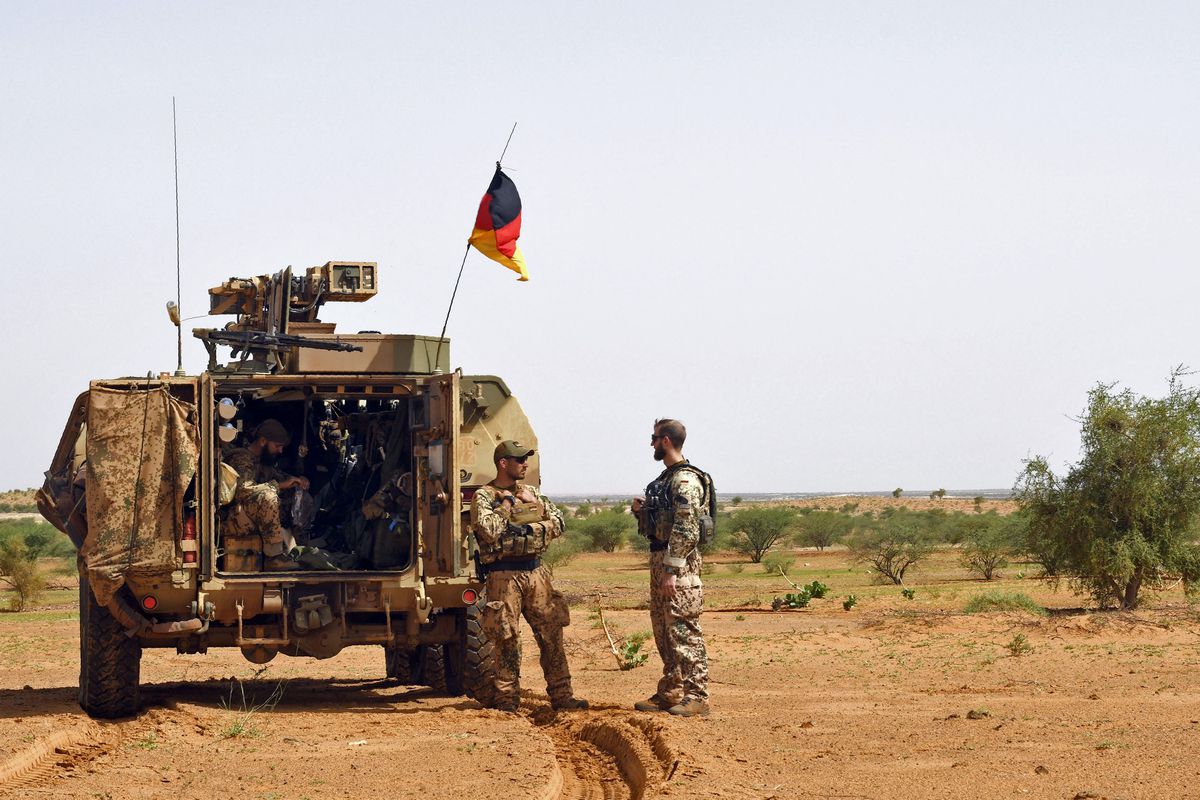 The Sahel is an area of ​​”strategic interest” for NATO and terrorism, the “most immediate asymmetric threat” to its citizens, according to the Strategic Concept endorsed at the Madrid Summit. The situation on the southern flank continued to deteriorate, however, with no compelling Allied leaders to take any action to stop it. As Western countries ramp up their military deployments in Russia’s neighborhood and seek to dissuade Moscow from continuing its expansionist adventure, the European military mission in Mali, the heart of the region that has become the global epicenter of jihadism, is rapidly unwinding.

Earlier this month, the new detachment of the Spanish contingent of EUTM Mali, the Malian army’s European training mission, arrived in the sub-Saharan country, down from nearly 600 troops as before, but down to around 400. A drastic reduction by one third. In the coming months, the Department of Defense plans to keep it in half, about 200 soldiers, with a purely testimonial role. Germany, which had another 600 soldiers deployed in Europe, has left them in the middle: 300. But it has announced that they will no longer be stationed in Mali but in neighboring Niger, where the Bundeswehr has been operating Operation Gezelle since 2017, in a fusion process with the Union trademark.

Without the Germans and almost without the Spaniards, its two largest contributors, the European mission cannot survive, at least in Mali, even if it is up to EU High Representative Josep Borrell to make a proposal about its future. In fact, for months the European military has not been fulfilling the function it is designed for: ordering Malian soldiers to fight terrorism. They have no guarantee that the soldiers they train will not fight arm in arm with their Russian counterparts, who do not respect the most basic norms of international humanitarian law and are accused of executing civilians.

The first to leave were the French: the 5,500 soldiers of Operation Barkhane and the task force The Takuba are on the verge of completing their withdrawal from Mali after the military junta of the Bamako military coup failed on its promise to hold democratic elections in the country. The withdrawal of the French troops has lost the protective cushion of the EUTM Mali, which also benefited the UN mission Minusma with 15,000 blue helmets. For now, Germany has had to increase its presence in the UN force to compensate for the loss of support from France, but the German government is also considering withdrawing after the Minusma summer, according to diplomatic sources.

Allied media estimate that there are about 2,000 Russians in Mali – including soldiers and mercenaries from the Kremlin-affiliated security firm Wagner – although the number of landings of uniformed personnel appears to have declined in recent months due to Moscow’s pressure to concentrate forces in Ukraine; which, according to the same sources, shows that the east and south flanks act as communicating vessels.

NATO has already theorized it. The Madrid Strategic Concept mentions the “destabilizing and coercive interference” in Africa by its “strategic competitors”, alluding to Moscow and Beijing. But he didn’t draw the consequences on the spot. China has a military base in Djibouti and Russia has negotiated the construction of another in Sudan. On this side of the African continent, Russia has soldiers in Central African Republic and Mali, while courting the military junta of Burkina Faso. And China is trying to set up its second African base in the former Spanish colony of Equatorial Guinea, according to allied military intelligence sources.

In view of this progress, cooperation with the southern neighborhood of the NATO summit in Madrid is yielding poor results. An initial military support package for Mauritania (consisting of special operations capabilities, maritime security and intelligence to counter irregular immigration and terrorism) and an extension of the already ongoing cooperation with Tunisia were approved. Only two foreign ministers from the southern neighborhood have come to the Spanish capital, those from Jordan and Mauritania.

Spanish diplomatic sources argue that NATO’s attention to the southern flank is recent, if not so recent: the Mediterranean Dialogue was launched 28 years ago, in 1994; but since then the situation has deteriorated and today it would not be possible to gather all of its members (Israel, Egypt, Morocco, Algeria, Jordan, Mauritania and Tunisia). Deteriorating security on the southern flank is slower and quieter, but no less deadly than on the east. In a decade, the war in Mali has already left more than 25,000 dead and four million displaced.