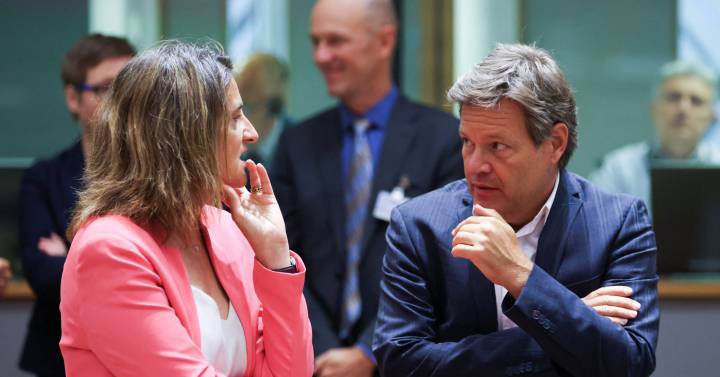 The third vice-president of the government and minister for the ecological transition and the demographic challenge, Teresa Ribera, stressed yesterday that Spain will only reduce its gas consumption by 7% and 8% voluntarily. This was shortly after the EU energy ministers’ agreement was sealed by rtogether reduce gas consumption in the region by 15% for the winter, ahead of a possible partial or total cut in imports from Russia and as had been proposed since last week. Brussels finally accepted the Spanish conditions, arguing that member states that are not connected to European networks and can demonstrate that their national LNG infrastructure is being used to divert gas to other countries will be exempt from the 15% cut.

In this context, Spain proposed improving its infrastructure for receiving liquefied natural gas (LNG), connecting it to France and increasing its gas exports to the EU compared to recent years. As agreed by European ministers yesterday, member countries can request an exemption even if they have already exceeded their gas storage targets (80% before winter), if they are heavily dependent on gas as a feedstock for critical industries, or if their gas consumption has increased by at least 8% in the last year compared to the average of the last five years.

I warmly welcome the Council’s endorsement of the Gas Demand Reduction and Winter Preparation Regulation.

It is a crucial step to face the threat of full gas failure.

Thanks to today’s decision, Europe is now ready to tackle its energy security as a Union.

Likewise, states whose power grids are not synchronized with the European power grid and rely largely on gas for production are also exempt to avoid an electricity supply crisis. These exemptions benefit other countries that initially opposed the cut and delayed approving the measures, such as Hungary.

On the other hand, the 27 agreed that the European Council can activate a “Union Warning”. This alert would be issued through a Council Implementing Decision on a proposal from the Commission, which must submit a proposal to address them in the event of a significant risk of serious gas shortages, exceptionally high gas demand, or when five or more members notified an alert at national level have, ask the Commission to do so.

“By acting together to reduce gas demand and taking into account all relevant national specificities, the EU has laid a solid basis for the indispensable solidarity between member states in the face of Putin’s energy blackmail,” stressed European Commission President Ursula von der Leyen. According to the chairman of the municipal board, Gazprom’s announcement that it will further reduce gas supplies to Europe through the Nord Stream gas pipeline without a valid technical reason illustrates the unreliability of Russia as a supplier.

“Thanks to today’s decision, we are now ready to address our energy security at European level as a Union,” he added. Against this background, the TTF reference prices for natural gas rose by 14.74% yesterday and exceeded the mark of 200 euros per megawatt hour (MWh) for the first time since March, reaching 202.45 euros/MWh.

The EU is facing a security of supply crisis as gas supplies from Russia are falling significantly and there is a serious risk of a total disruption. Brussels assures that “the member states must prepare themselves immediately in a coordinated manner and in solidarity” in order to be able to counter a Russian energy offensive.

Although not all Member States face a significant security of supply risk, serious disruptions in certain Member States will affect the EU economy as a whole. According to Gas Infrastructure Europe, European natural gas reserves are 66.7%but the goal is to reach at least 80% before December.

UNITED STATES OF AMERICA. The North American country has already become the largest LNG supplier for the EU and the most important gas source for Spain. However, the fact that its fuel has to compete in the international market makes it vulnerable to frequent price fluctuations.
Azerbaijan. The Asian country is positioned as one of the great alternatives to Russia due to its large untapped natural gas reserves. European governments are already working to route their shipments through Turkey to serve Eastern Europe, Greece and Italy.
Africa. Countries like Nigeria are already positioned as major suppliers of LNG on the international market. With this in mind, the 27 are trying to strengthen existing energy trade relationships to secure a supply that can ensure energy security in the region.
Taste. The Arabian liquefied natural gas giant is also a possible ally. However, it has previously announced that a large portion of its exports go to China, India and other Asian countries.