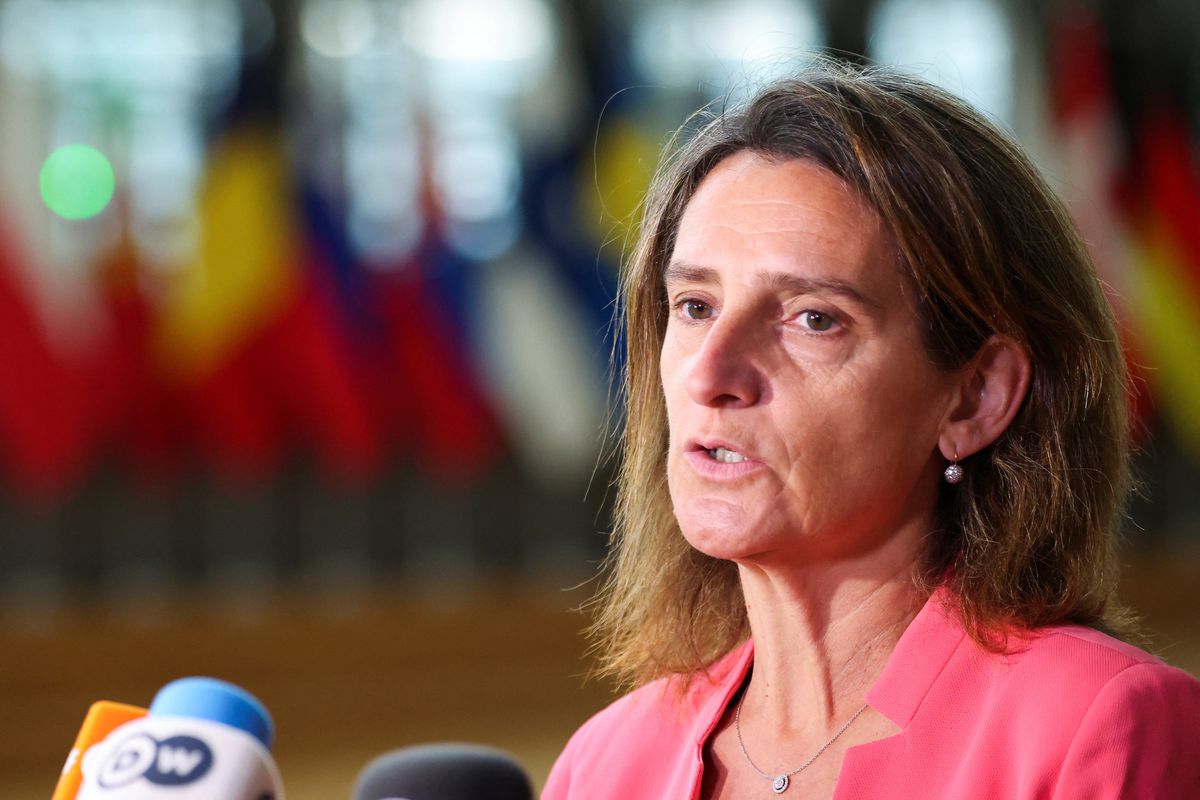 “We are forced to say yes.” No doubt the government’s third vice-president, Teresa Ribera, has made it clear that Spain will support the energy-saving plan that EU energy ministers are discussing this Tuesday. At the beginning of the meeting, he admitted that after the negotiations and the changes that the European Commission’s proposal has undergone, the current plan “does not satisfy everyone who would like it to be dealt with from their point of view”. but this is useful for Spain. “It’s the first time we’re taking such a step,” Ribera said, in line with other ministers and municipal energy management representatives arriving at the meeting, such as the head of Estonia or Commissioner for Energy Kadri Simson.

The proposal presented by the European executive last Wednesday to reduce gas demand by 15% linearly for all member states clashed with the outright rejection of Spain and other countries such as Portugal or Poland. Negotiations have since taken place to converge positions and ensure that each country can be relatively satisfied with a measure that requires significant effort and poses a serious risk of slowing economic activity. “We have very different energy mixes,” emphasized the Minister for the Environment.

These negotiations have constantly plagued the danger that the unity the 27 have struggled to maintain against Russia’s invasion of Ukraine and the measures imposed against the aggressor could collapse. This greatly helps to understand why Ribera, who outright rejected the Commission’s proposal less than a week ago, even with language that surprised by its harshness, is now “forced” to back the plan. It’s about “leaving the Council with a clear message against Putin’s blackmail,” explained the Spaniard, knowing full well that the Russian gas monopoly Gazprom announced yesterday during the course of the negotiations that it would cut gas supplies to Germany.

The three principles that should guide the plan, Ribera explains, are based on “unity”, “solidarity” and “flexibility”. Spain asked the Commission for the latter because, according to him, “it makes no sense” that there are countries that reduce their gas needs by 15% – voluntarily or obligatorily – if later they cannot supply what they do not have in other countries of the world Union are consumed because the capacity of the gas pipelines is insufficient or because the recipient country does not have regasification facilities to receive the transported liquefied gas. Although the Spanish Vice-President gave the example of an island when referring to Malta, it was clear that she was talking about Spain and the Iberian Peninsula, which has limited gas connections to the rest of the continent.

There was already optimism yesterday about the outcome of the meeting on Tuesday. Even last night they started talking about what “looks like some sort of agreement” in some delegation. And that seems to be what is outlined at the beginning of the meeting. This is supported by the fact that only a qualified majority is required to implement the proposal (55% of States representing at least 65% of the population).

The meeting point is in the “several exceptions”, points out the delegation that last night saw the agreement concluded, for the linear reduction of 15% of the gas. In the Spanish case, these safeguards would allow for a cut of between 5% and 10%, according to negotiating sources. The Commission had already offered Spain and Portugal a 10% reduction in a sort of ‘Iberian derogation’.

- Advertisement -
Share
Facebook
Twitter
Pinterest
WhatsApp
Previous articleSoundbar for less than 50 euros at Saturn: for whom is the purchase worth it?
Next articleState-owned Sonatrach announces the discovery of three oil and gas fields in southern Algeria