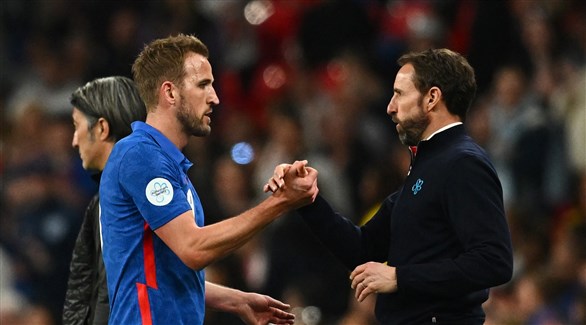 England manager Gareth Southgate plans to make large-scale changes in the friendly against Ivory Coast as the “Three Lions” team look to improve further ahead of the start of World Cup competitions to be held held in Qatar next winter.

And the British news agency “BA Media” reported that the England team hopes to end this year by winning the world title at Lusail Stadium in the final match of the World Cup, which will take place on December 18, as the The England team started this year by beating the Swiss team 2-1 yesterday at Wembley Stadium.

Brielle Embolo put Switzerland, ranked 14th in the world, ahead, then England scored the equalizer through Luke Shaw before the end of the first half, before Harry Kane scored the winner from a penalty.

Southgate brought in young players with players with international experience in the friendly which took place at Wembley Stadium, and plan to shake things up when they take on Ivory Coast on Tuesday, as England’s preparations for the World Cup continue. .

“We’re going to make changes, we think it’s the right thing to do,” Southgate said.

He added: “We want to keep the whole team involved, I think that was a source of our strength, the players that join are doing well at the same level and the team continues to progress.”

He stressed that “they must feel that we have confidence in them to participate in any game, since we are in a phase of the season in which the loads are heavy and we must make sure that we try to advance in the best possible way”.

Southgate had already seen six players withdraw from the England squad and there were question marks over Emile Smith Rowe and John Stones, with the former missing the Switzerland game and the latter being ruled out during the warm-up period.

Southgate hopes the pair will be available in the England team’s final friendly match before the start of the World Cup, which begins in November.