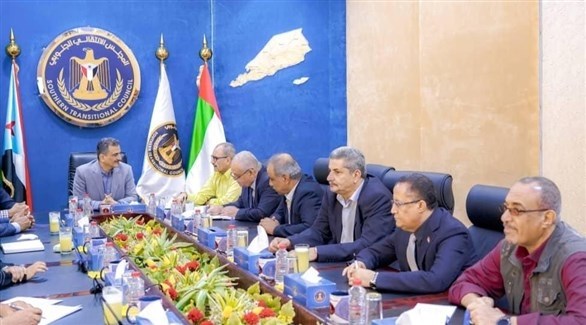 The Southern Transitional Council on Saturday welcomed an initiative put forward by the Gulf Cooperation Council on holding consultations between the parties to the Yemen conflict in the Saudi capital Riyadh later this month.

The Transitional Council said in a statement that it is “open to comprehensive consultations that ensure the presence of all parties involved, to address the fundamental issues, the main one being the issue of the peoples of the south, without preconditions, through the design of a framework that prepares for a negotiation process that guarantees a comprehensive and sustainable peace”.

He added: “As an extension of the partnership signed between the two sides of the Riyadh Agreement, and an affirmation of our strategic partnership with the countries of the Saudi-led Arab coalition, we welcome the invitation of the Secretary-General of the Council of Cooperation for the Gulf Arab States to hold political consultations in Riyadh.”

The Transitional Council emphasized the need to reform the state leadership system, the importance of concerted efforts and the search for urgent and radical solutions to address the deteriorating economic situation and the collapse of the local currency.

Earlier, the internationally recognized Yemeni government welcomed the initiative of the Gulf Cooperation Council, affirming its support for all efforts aimed at restoring security and stability and achieving peace in Yemen on the basis of national principles and in accordance with all three references, the main one being the Gulf initiative.

In its statement, the presidency called on “all Yemeni components to participate effectively and positively in the upcoming consultations, and to combine all efforts to lead Yemen out of its crisis, put an end to the suffering of its people and begin to build the future of their generations”. “

And the Gulf Cooperation Council announced, last Thursday, that it would host consultations for the Yemeni parties, on the 29th of this month, in Riyadh, with the aim of achieving a ceasefire.