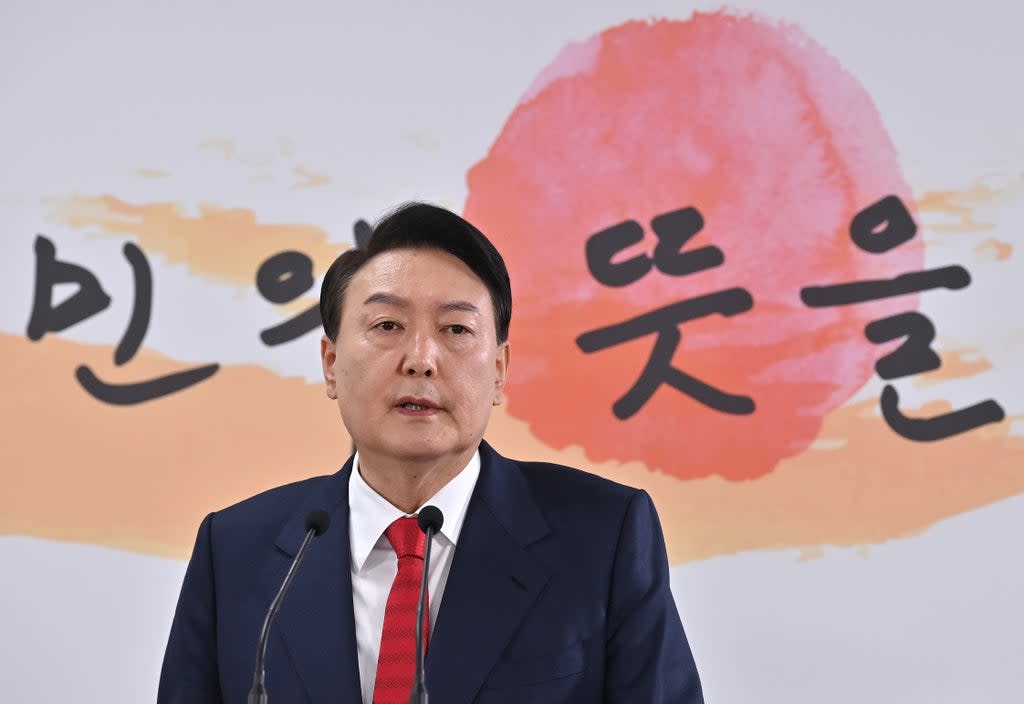 South Korea’s president-elect Yoon Suk-yeol has announced his decision to leave the current Blue House presidential office and set up his new workplace in central Seoul, a move that has divided the Korean public.

Yoon, dubbed the “Donald Trump of South Korea” before his election earlier this month, begins his five-year term on May 10 and had previously said, as part of his campaign promises, that he would relocate the presidential office. .

The current presidential office is in the Blue House, Cheong Wa Dae, located in an isolated compound in the foothills of a mountain north of Gwanghwamun.

The former top Conservative attorney said the Blue House’s location and design were a symbol of the “imperial” presidency that isolated the nation’s leader from the public.

But the opposition Democratic Party accused Yoon of taking the step, which was estimated to cost the public treasury around 50 billion won (£31.3 million or $40 million), after being influenced by teachers from the feng shui

The site of the military defense complex in Yongshan was a “blessed place… humble but auspicious,” the head of a feng shui organization told Reuters earlier this week. Rather, believers in the practice of geomancy have linked the “inauspicious” nature of the Blue House to the fact that four out of six presidents in the last 25 years have ended up in jail or committed suicide after leaving office. .

But Yoon argued in his televised press conference announcing the move on Sunday that the change was motivated by practical concerns such as ease of working with his administration. In the Blue House, the offices of most officials, as well as the press room, are not in the same building where the president works, for example.

He said Defense Ministry officials currently in the building in question would be moved to the Joint Chiefs of Staff (JCS) building at the compound, and JCS personnel would be moved in phases to a nearby war command center. from Seoul.

A massive public park will be set up near the new presidential office, Yoon added, saying that ordinary citizens will be able to see his office from there up close.

He also announced plans to set up a press center in the new presidential office and meet with journalists there regularly.

The president-elect said he would gather public opinion to name the new presidential office.

“I know that relocating the presidential office is not an easy thing. But if I go back on a promise to the people again (on relocation), no other future president will try to do it. I made this decision for the future of the country,” Yoon said.

Some critics had called on Yoon not to rush the relocation, arguing that other tasks, such as controlling the country’s rising Covid-19 cases, required more urgent attention.

Others also expressed concern that the move would inconvenience the public and that the cost had been downplayed. Opponents have claimed that the cost of such a move could rise to 1 trillion won, 20 times more than Yoon suggested.