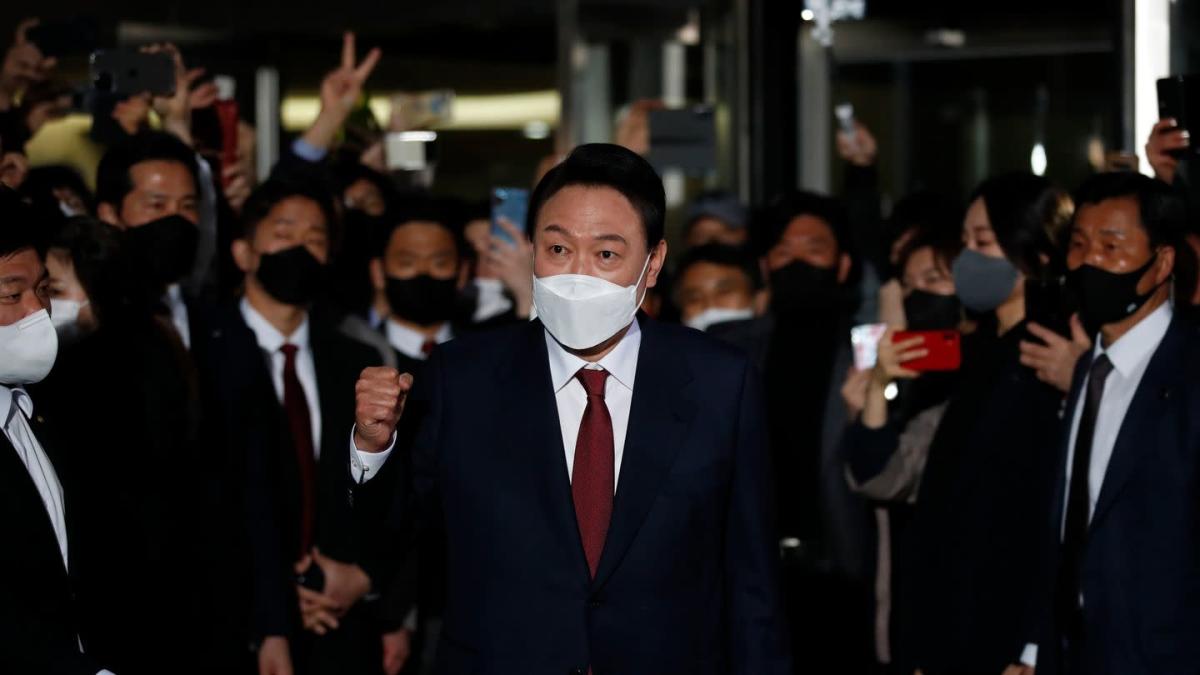 In a close race, former Attorney General Yoon, 61, narrowly won the election over his closest rival from the ruling Democratic Party, Lee Jae Myung. At the National Assembly in Seoul, Yoon described his victory as a “victory of the people.” “National unity” will have the highest priority.

Left liberal Lee admitted defeat and congratulated Yoon. He wants to take full responsibility for the outcome of the elections. After counting almost all the votes cast, Yoon received 48.6 percent. Lee came in at 47.8 percent. Other applicants were irrelevant. An official confirmation of the election result was still pending.

Yoon is considered a newcomer to politics. He entered politics last year and was eventually elected as the candidate of the main opposition party, the People’s Power Party (PPP). He will succeed President Moon Jae-in in May, who was unable to run again. The president is elected only once for a period of five years.

The presidential election is of enormous importance for Asia’s fourth largest economy. In the country’s presidential system, almost all important decisions are made through the head of state. The President can also rule against the majority of the opposition in Parliament. The Democratic Party still has a majority there.

High real estate prices are likely to be a deciding factor

The election was also seen as an evaluation of the current government. Above all, scandals involving former government officials and skyrocketing real estate prices had caused discontent in much of the population. According to experts, the Conservatives, who suffered a clear defeat in the elections five years ago, benefited from this.

In addition to the course of economic policy over the next five years, the election also addressed dealing with the communist leadership in North Korea, cooperation with ally the US, and the difficult relationship with Japan. South Korea also finds itself in a difficult position in the trade war between the United States and China.

Yoon, who has accused the government of not dealing with North Korea, is expected to take a tougher stance in the dispute over the neighboring country’s nuclear weapons program. Yoon had also set himself the goal of fighting corruption and bringing about a significant recovery of the economy from the fallout of the coronavirus pandemic.

According to preliminary information from the National Electoral Commission, the turnout was 77.1 percent and therefore only slightly lower than the turnout in the 2017 presidential election. Nearly 44.2 million qualified voters were called to cast their votes. votes for the election.