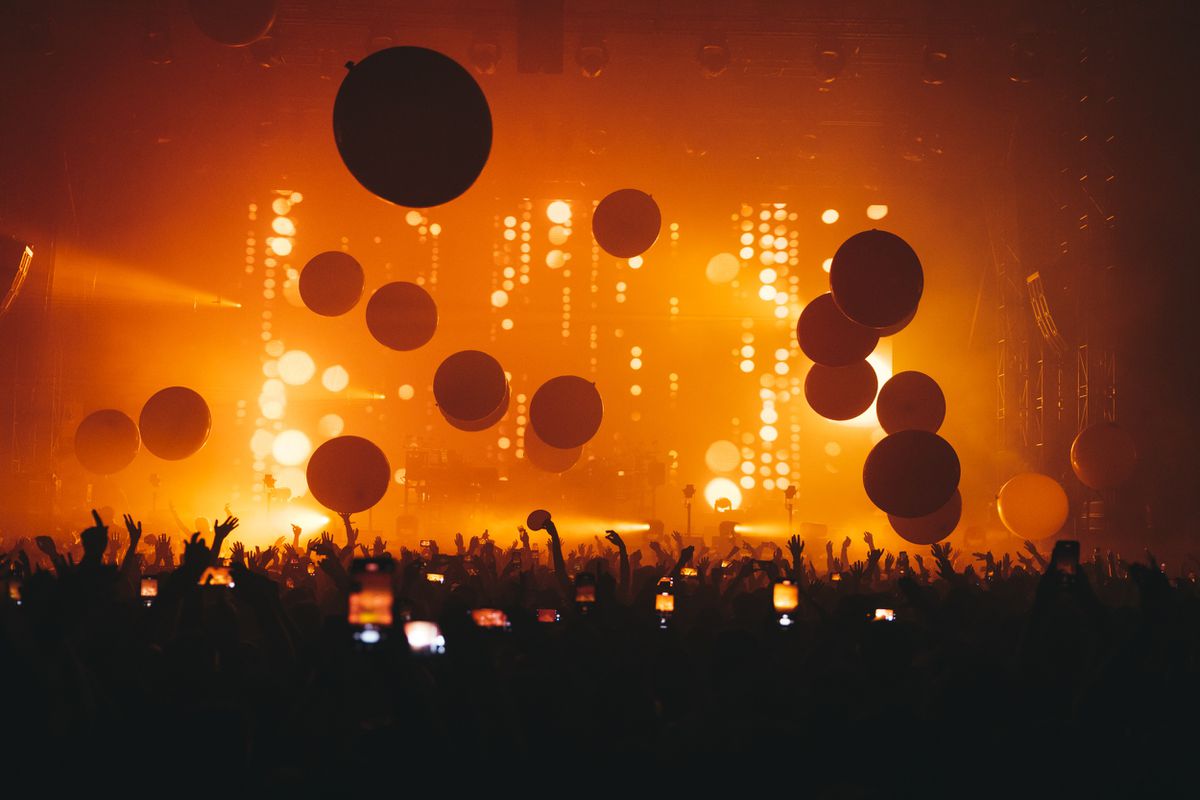 Festivals, like disco balls, are a whole made up of hundreds of mirrors that reflect similar realities in different ways, albeit not the same ones. On its final day, the year where necessity became virtue and Sónar found refuge in the national product and local accent to claim territoriality, the festival bid farewell with an old-fashioned chemistry party featuring The Chemical Brothers, a descent to the streets with Morad to claim renewal with an almost childish audience, a climb to the heavens of empathy, subtlety and acceptance of fragility not as ballast but as a sign of humanity with Maria Arnal and Marcel Bagès and a wild walk for the disturbing and explicit eroticism Arca sensuality. There were four references of a day consumed between the afternoon and a night that finally dissolved in lost looks and bodies exhausted by the electronic celebration, recognized with the first dawn. In doing so, Sónar once again remained true to his principles of hedonism.

When you start at night, it’s hard to beat the spectacle of watching The Chemical Brothers. Unlike C. Tangana, who attracted national audiences, the British duo gathered literally the entire audience of the venue on the central stage of the Fira in Hospitalet, a kind of Gobi desert without sand. And the entire audience literally danced, lashed by a tsunami of solid, percussive, undulating rhythms that lasted until bursting in fist-firing ecstasy as if it were an alt-left orgy. A not particularly original visual background comes closer from the screens Tron The future-framed duo, who are old-school electro-rockers in bulk, constantly hit the punching bag, which the audience voluntarily punches Hey boy, hey girl or a ” sent on first change. The British duo is so history and explains it so effectively, it’s even endearing. An old professor quoting himself.

The afternoon concert by María Arnal and Marcel Bagès was completely different, its wonderful shouting it was reinterpreted along with the vocal support of the Cor de Noies de l’Orfeó Català. Maria was so ecstatic and excited that it even took her a while to fit her voice into it Behind you, the first piece of the concert, which filled the hall. Maria was beside herself, spinning on her axis, wrapped in a white dress with some shades of gray, like clouds in an icy sky. As the stage was lit only by white light of the same color as the choir’s costumes, the image had a sober and luminous beauty, enhanced by the choreographic role of the singing group, which sometimes danced happily to break the static, that of the formation is said to resemble this one, in others swaying like a posidonia forest balanced by the currents. Definitely captivating. And if Chemical Brothers were punches in the liver, the Catalan duo, aided by his accomplice David Soler, proposed caresses of a world ruled by empathy, the proposed image in meteorite of a meteorite suffering as it disintegrates as it enters the atmosphere, the warmth of human emotion and the need to see things from a different angle, with a different perspective. It was an exciting and beautiful concert, dominated by María’s supple voice, further proof that the female gaze, far from cliché, is asserting itself as the best shelter for the world that, designed by men, through nonsense one goes exhausting aggressiveness. It sounded almost the whole album shouting like a song suggesting a paradigm shift never demands. Undoubtedly one of the concerts of the festival. Bright, warm and subtle.

In the afternoon, too, rapper Morad and Rojuu ensured further rejuvenation at and from the festival. Because what was in the audience were almost children, still a long way from puberty, but already very clear with their taste in music. And Morad came to them from the street as a space of legitimacy, as it came to the youngsters who stand in the front row, attentive to every wink, ready to sing sound and to claim a place in the festival. With an absolute fluency in recitation, fast, precise, clear, flexible and with fundamentals accelerating as the concert progressed, de l’Hospitalet’s success was definitive. So much so that Mbappé isn’t even called a traitor, he is believed to have caused distancing by snubbing Madrid and the venue chanting “Mbappé, Mbappé, Mbappé”. A tolerated show for minors, some of whom waved arrest signs in front of the happy and understanding looks of their parents. Finally, Morad blurted out a “Fuck Mossos d’Esquadra” to the partisans responsible for his legend. What would rap be without the cops!

On the contrary, the night concert proposed by Arca, experimental eccentricity made music, was not suitable for minors. The diva par excellence of Sónar in recent years, began her performance with a sharp and unpleasant reggaeton, angular and electronic, based on pieces like KLK, Prada either Rakatan, compositions that are more than suitable for the festival’s bumper car track. Twisting the songs with shrill sounds, smurf voices and accelerated rhythms to the point of paroxysm, the Venezuelan played in the league of differences and soundscraps that even reached cumbia. With her dominatrix image, a kind of Valentina by Guido Crepax in a contemporary version, with that at the same time suggested, explicit and always disturbing eroticism, which made the stiff bra she wore slip under her breasts, the session was weirder and more, until it was almost undanceable, to end with the most conceptual arca behind the synth in a concert that welcomed those rocked by the Chemical Brothers. The Sónar with the graphic image of the scarecrow, ideal and successful to host, who knows if by accident, a festival where almost pre-technological pop music has triumphed, then began its nocturnal journey showing the same old night as never before .