‘Son’ by Andrés García talks about the legacy: “Sell everything and leave nothing” 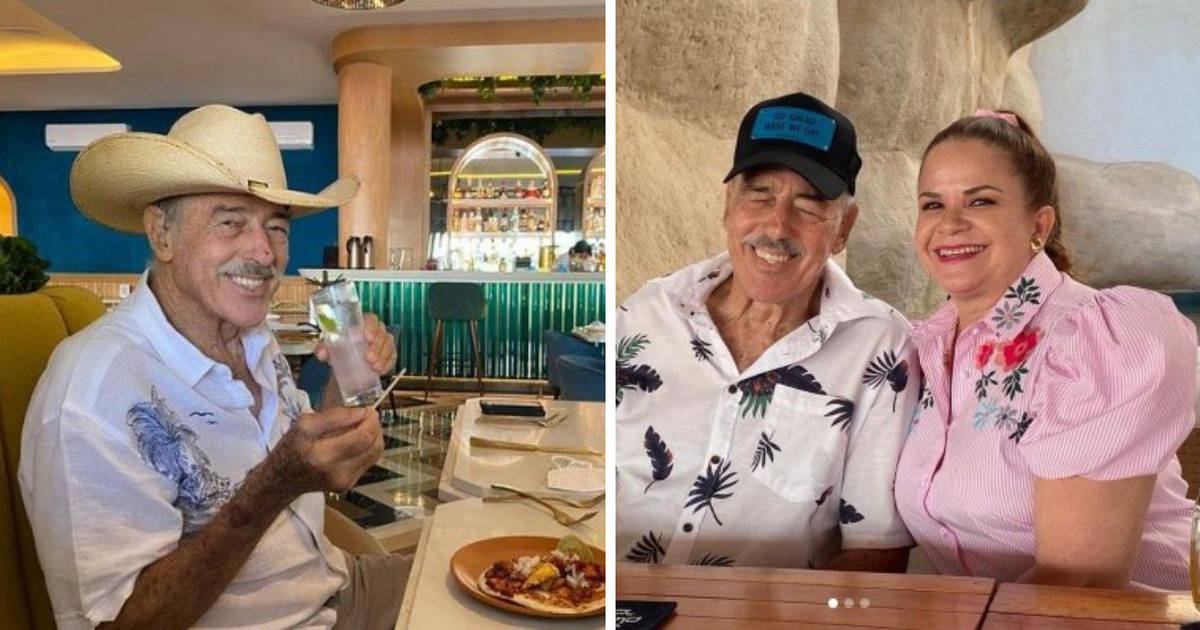 In recent weeks, the Dominican actor, Andres Garcia, He disinherited the whole family, he doesn’t want to know anything about his children, Andrés Jr. Andrea, Leonardo and Michele García, they diagnosed him with cirrhosis and he even challenged Roberto Palazuelos to a duel.

But what surprises this week are the declarations of the son of the current wife of the 81-year-old actor, Andrés López Portillo, who is the person who has been pending in everything related to your health.

Lopez Portillo He remained silent all this time, observing the situation and decided to speak about Andrés García’s decision to leave his inheritance to his mother and even to include her to inherit his property.

The person in charge of your assets

In an interview at Television and novelsLópez Portillo confessed that until now he was in charge of all the interests of the actor. “I helped him sell his properties.”

“I already told you not to inherit anything from anyone; if we miss, i will take care of my mother,” he said..

Legacy, according to López Portillo, has been a headache for the protagonist of classic films such as the juniors and considers that the ideal it is to leave all possessions behind and enjoy what is left of his life.

“I make sure he enjoys his life, that the money is spent on them and in the end there is nothing left.”

In the interviews that García offered to the media, after being admitted to a clinic, learning that he suffered from cirroris and his last fall, said that Margarita Portillo and her son “Andresito” behaved very well in this difficult situation.

Additionally, he pointed out that unlike his children, who did not watch over him, López Portillo is very conscious about his health.

“I went to see him immediately. I told him he couldn’t be alone in his house anymore: ‘My mother has to take care of you and take care of you,'” the actor’s stepson said.

“I brought him staff to take care of him, to fill his pantry ‘refrigerator’ (refrigerator), because he had nothing,” he continued, “talking to my mother, I told her she had to take him home.”

Last fall, where Andrés García received a blow to the head, Margarita took him home and is in his custody.

The son of the actor’s wife clarified: “I’m not interested in hanging medals on myself; I respect my father’s career, I prefer to see him shine.”

“I admire him a lot and I know that a lot too,” he said, “he’s like my father, he supported me in everything: he paid for my studies, everything I needed. “

“When I started my own business, he supported me with ideas, contacts and obviously with resources. He was the best father who could have touched me,” said López Portillo.