Some suggestions regarding a new drama on the border of Melilla 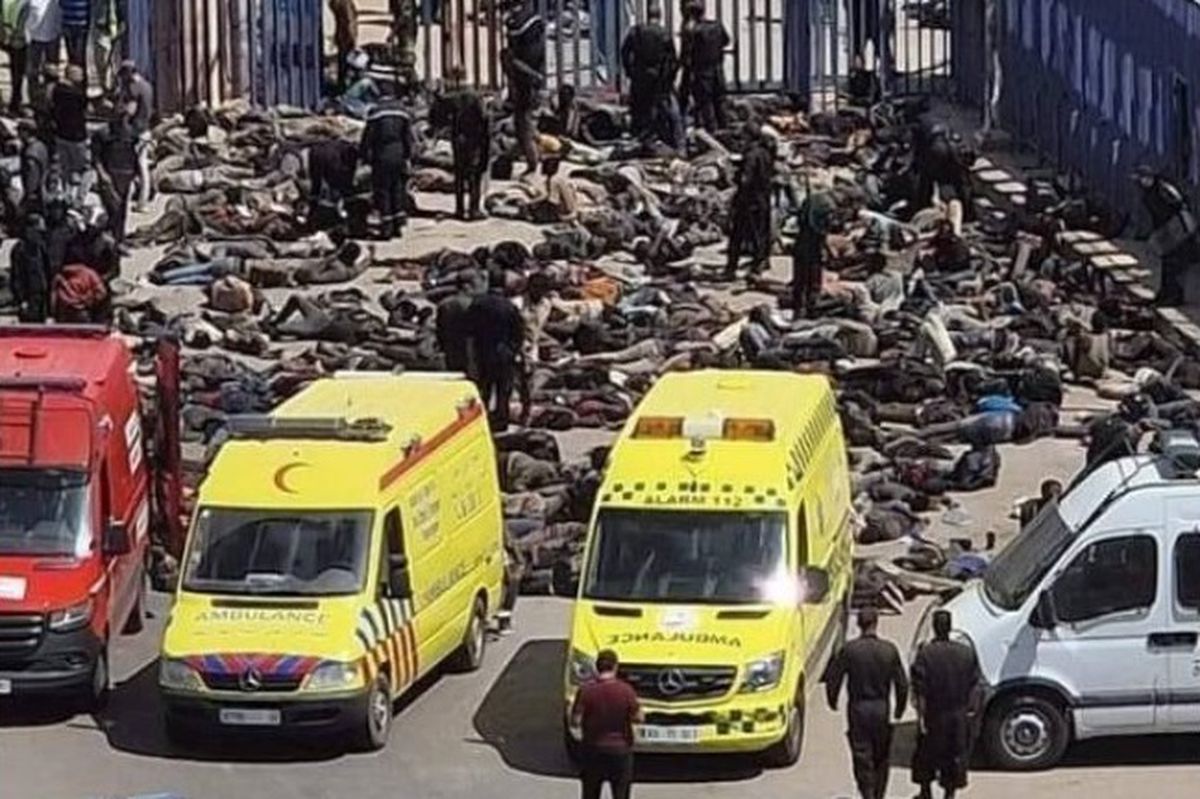 Each time news of pain, violence, injury and death arrives on this border between Nador and Melilla, I cringe and run through the concrete faces and bodies of so many emigrants I have seen and treated in my years in Nador the head spirit. Are some ecce homo Pain after several failed attempts to cross the fence. In the reception room of the Hassani Hospital in Nador, the spectacle of these literally devastated young people was Dantesque and shocking after each failed attempt. This hospital has never refused to treat her with care and devotion within its limited medical capabilities. Other times I had to bury her in the Catholic cemetery of Nador or accompany her burial in the Muslim cemetery. Drowned at sea, mistreated by the security forces or simply died as a result of the hard flight from their countries of origin, they have been lying in these cemeteries for years.

The images or the aftermath of these border horrors were also seen in the bodies of many of them in the nearby mountains or in our small but much-needed residence of the archdiocese migration delegation. There, the cases most in need of care were admitted after passing through the hospital, for example women who had given birth and returned to the mountains after a few days in the hospital with their newborns, or women who were harassed by the Mafia bosses of prostitution.

Although the solution to the serious humanitarian (and not only humanitarian) problems of world borders and migration flows depends on many factors and cannot be simplified, I believe that an important part of the solution involves two lines of action.

The first is the constant presence of observers from international human rights organizations in the border scenarios, with full rights to monitor the various border situations at all times. This human drama is too complex and important for the information to depend only on the governments of the bordering countries and their temporary and variable interests, or in this case on regional blocs like Europe. It should be the UN, with agencies created for this purpose, that should take the lead in this area of ​​observation, surveillance and constant information, and reject government opposition. Also, private or just national human rights and monitoring organizations (particularly from neighboring countries) or blocs of states should have access to any border location and at any time of the day or night, which would already be a big step, facilitating the already excellent work of some like the one in Nador and Melilla conducted by AMDH, APDH, Prodeim or SJM. And Acnur’s presence, also with a great job, should be even bigger.

A timely warning of a police plan or pre-exposed or denounced immigrant groups can prevent the tragedy. And if you don’t prevent it, you can at least provide reliable information when it happened and in the moments after it. What opaque governments with dubious human rights records fear most is the disclosure of rigorous and timely information on the ground. As far as I know there are no such authorized presences of the organizations I propose and with the characteristics I also propose, at least where I have worked in the Nador area.

Second, I propose the existence of a special international criminal tribunal for crimes related to migration flows and the world’s conflict-ridden borders. Just as there is an international criminal tribunal for crimes against humanity, aren’t the various human dramas surrounding migratory transit and the various borders where these flows are most evident, of sufficient importance to have a similar body on this issue? daily and tragic of them? Although not all or a good portion of the most affected or most powerful countries want to accept it, the existence of the instrument would trigger public pressure from citizens in each country to have their country join. Or to denounce the lack of transparency of certain countries.

Such a networked and globalized world needs global legal instruments with power over states and blocs of countries. States and their alliances were born in a world very different from today. They are not the main route to the just and peaceful future that humanity is crying out for.

I consider urgent a debate on the need to move from the world society model designed after the Second World War, with the institutions created in Bretton Woods, to another model that better reflects the current reality and the development and debate that has taken place since then about the best way to ensure of human rights in the world. From the Charter of Human Rights, for example, to the world constitution proposed by Ferrajoli and the annual assembly that has outlined this proposal for years, and which I believe is gaining more and more supporters and more public space for debate. These and others are, in my opinion, essential and urgent debates for the society in which we live.

The closer I got to experience border or migration tragedies, the more I realized that the solution cannot come primarily from the countries or blocs most directly affected by these tragedies. And even less so in this case where, in my humble opinion, both the Moroccan and Spanish governments have acted without moral dignity, putting their own political interests ahead of information transparency and agility and criticism of improper and unjustified police actions. neither for the existence of mafia nor for the faithful fulfillment of any agreement between two countries.

Esteban Velazquez Guerra He is President of the Person and Justice Center Foundation and former head of the migration delegation of the Archdiocese of Tangier in the Nador region.