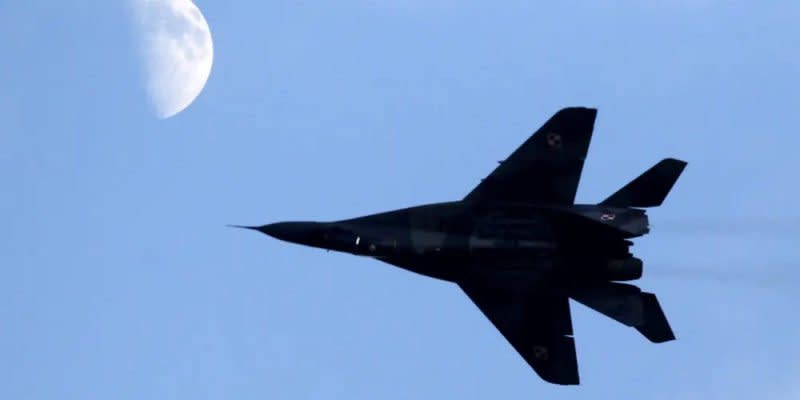 The following report came out of Poland last week: the country wanted to hand over its entire MiG-29 stockpile to the US so they could pass the planes to Ukraine. In exchange, Poland expressed a desire to obtain old but similarly equipped aircraft from the US.

Although the US government has rejected Poland’s request, some members of the US parliament say discussions about the deal are ongoing. It’s not yet clear if the Jets will make the rounds. The fact is, however, that the MiG-29, a Soviet-era fighter jet, is still in service with some NATO countries. An aspect that could lead to some geopolitical problems in the current situation.

After the introduction of the American F-15 and F-16 fighter jets in the late 1960s, the former Soviet Union did not wait long for a response. A few years later the first design of the MiG-29 was completed and it was introduced as an air superiority fighter. In 1982 the time had come, the first MiG-29 was in operation.

The MiG-29 also carries a 30mm cannon and can carry a combination of six medium-range radar-guided air-to-air missiles or short-range infrared-guided missiles. In its multi-role configuration, it can also carry bombs and missiles to attack ground targets. The MiG-29 also features a helmet-mounted sight that allows the pilot to guide the missiles simply by looking closely at the target.

The F-15 and F-16 carry a 20mm cannon and can carry a combination of eight and six short- and medium-range missiles, respectively. Both can also be equipped to attack ground targets. Current F-15 and F-16 variants feature the joint helmet-mounted targeting system, which allows the pilot to lock onto a target simply by turning the helmet towards it.

A jet out of this world

The MiG-29A is considered a particularly capable and worthy opponent. During the Cold War, many Soviet fighter aircraft, including the MiG-29, were supplied to the Warsaw Pact and other non-allied countries. However, the latter got a rather inferior version of the jet.

After the Cold War, as NATO expanded eastward, the countries of the former Soviet Union and members of the Warsaw Pact were absorbed, and with them the MiG-29 aircraft. When the US offered new NATO members its combat equipment, Soviet aircraft were increasingly dispensed with.

From the 1990s to the early 2000s, the number of NATO countries still using their MiG-29s steadily decreased. The Czech Republic handed over its aircraft to Poland in 1995, Germany also handed over its entire MiG-29 team to Poland in 2004. Romania phased out its fleet in 2003, and Hungary did the same in 2010.

Slovakia, Bulgaria and Poland are now the last three countries whose armies still rely on Soviet aircraft, with Poland having the most airmen.

Almost no support from the West

The biggest challenge with MiG-29s from NATO countries was that they did not have the friend or foe detection system, which made it significantly difficult for Soviet aircraft to be compatible with NATO aircraft. New navigation systems were installed on the MiG-29 to detect the jets in the air.

MiG maker Mikoyan-Gurevich can repair the planes and upgrade them, but few countries want to trust the Russians for their armed forces. Currently it is only Slovakia and Bulgaria. Poland, however, can keep its planes up to date completely independently of Moscow. Poland’s Polska Grupa Zbrojeniowa, PGZ for short, is currently the only company that can repair and upgrade its MiG-29 aircraft.

When Bulgaria approached PGZ in 2015 for future cooperation, Russia’s United Aircraft Corporation reacted (MiG and five other Russian aircraft manufacturers merged in 2006 at the request of the government). Because PGZ does not have a license to build or repair Russian MiG-29s.

Countries with the last MiG-29s outside of Russia, Bulgaria, Slovakia, and Poland were finding it increasingly difficult to obtain spare parts for their aircraft. Then, when sanctions were imposed on Russia over its annexation of Crimea in 2014, the parties became increasingly difficult for the three European countries.

Against this background, and the current dangerous situation between Russia and Ukraine, it is becoming increasingly clear that MiG-29s owned by NATO countries are heading towards their end. Bulgaria, Slovakia and Poland are in the process of switching from MiG-29s to US aircraft. Poland has found the solution for itself by sending only its MiG-29s along with the F-16s. The recent order for 32 new F-35As shows that Poland is steadily moving towards modernization.

Slovakia already ordered 14 new F-16s in 2018, Bulgaria followed suit in 2019, ordering eight of the planes. Both states should receive their fighter jets soon, but due to current supply chain issues, the date will be pushed back a few years.

This article was translated from English by Meltem Sertatas. You can find the original text here.