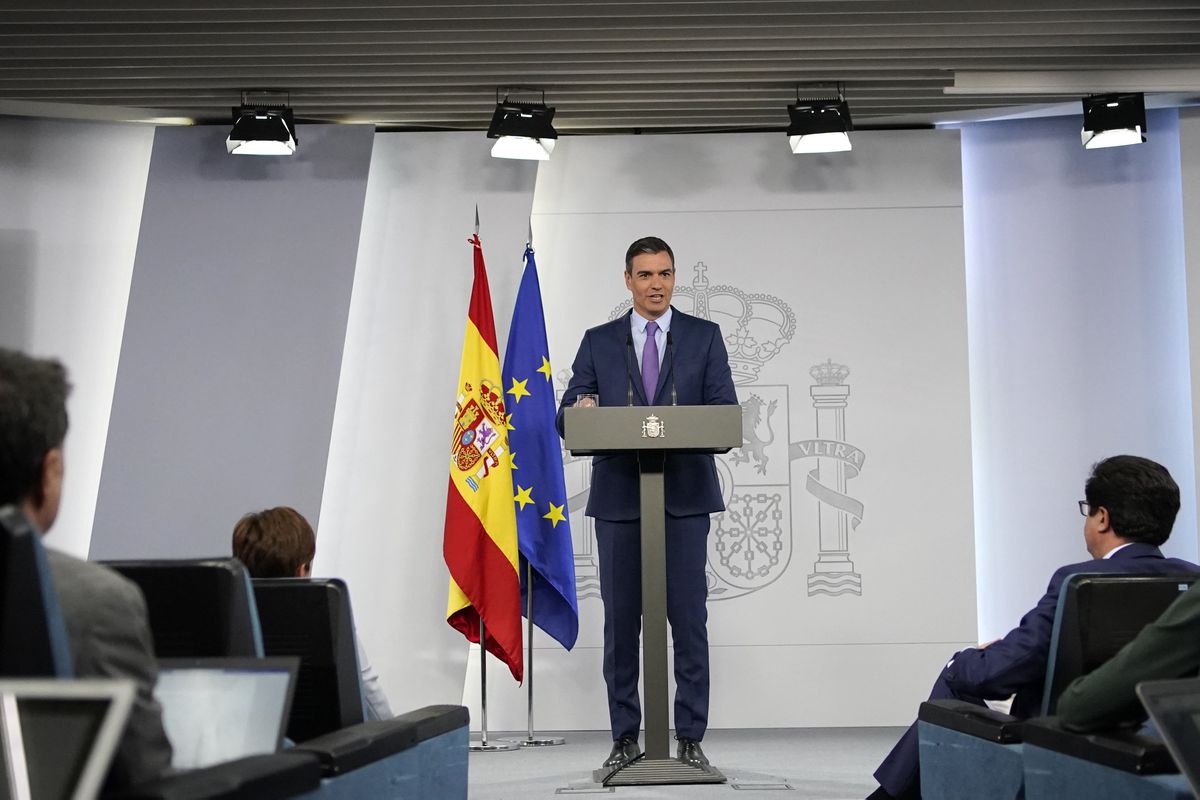 Weeks ago I happened to be in at the start of a debate 24 hours, on TVE on the protest of the President of Castile-La Mancha against the subjugation imposed by Pedro Sánchez on the socialists in his party. They were just “ministers,” he apparently said. The interest in the debate was precisely that it offered nothing interesting. With the skill that government spokespeople have learned in the media, everything focused on why he would have said it, the comparison to Fernández Vara, and the impact such a statement could produce. García-Page wasn’t lacking in sting, which alluded to his penchant for jokes.

No one wanted or should not believe that his words point to a major problem in today’s PSOE: the total lack of political creativity, since all messages have to be controlled by the President, who has become the sole editor. He declared it without reservation before Pedro Sánchez’s last congress: the PSOE should be “a party of militants” whose only role is to carry out the orders of its leadership. So in a broadcast block. It would be more than acolytes, it would be about the transformation of the hardworking dwarves of the Snow White story into pawns who submit to what the queen dictates. And if things don’t go that way, or they don’t stick to their guidelines, humiliation to the song (Defense, Foreign Affairs).

Worst of all, the leader is far from infallible. In addition, due to its recent interventions, it lacks the necessary competence to deal with the crisis in which we find ourselves, both economically and politically. Fortunately, Nadia Calviño and Yolanda Díaz are there. It is enough to reproduce his comings and goings around reconciliation with Morocco and the Sahara question to see that his decisionism was never supported by an analysis of the situation in its complexity. Even if the starting point was reasonable: seek a solution to the Saharawi impasse, obtain the guarantees of effective autonomy, and reunite with Mohamed VI along the way. Sánchez opted for a blank check to Morocco, also believing that with it he would obtain security for Ceuta and Melilla, without worrying about the inevitable deterioration in relations with Algeria, also intending to deceive the citizens by providing assurances that the text of his speech is available – that the turnaround in the Sahara is in line with current UN resolutions. Quite a consideration with the well-known results, today sharpened.

And all in the service of his goal of asserting his personal position and exercising command in Spanish politics. Consequence: Pedro Sánchez’s image has suffered significantly in recent months, which had to do with Feijóo replacing Casado at the helm of the PP. Feijóo has forged the image that Sánchez’s replacement will be a good thing and a break for the Spaniards, especially if, like in Andalusia, he completes the difficult mission of getting rid of Vox and achieving the absolute majority of the PP. transformed into a moderate party and effective. The elections in Andalusia are an excellent indicator of how far this trend has taken root in public opinion. And Sánchez responds with the politics of the ostrich, ordering his media circle to enforce the enforced oblivion of the Andalusian consultation.

At the aforementioned meeting, one participant gave and repeated the justification for imposing the progressive duty to refrain from self-criticism towards “messengers”: “You must not give weapons to the opponent.” It was a policy statement, a reflection of the President’s current policies, willing to maintain an image of confrontation to the death with the opposition and always assimilating the PP with Vox. The pathetic intervention of Adriana Lastra after the defeat of Andalusia took this orientation to the extreme, disqualifying it to the point of absurdity – Feijóo is “the involution into the PP” – and insisting on seeing politics like the young woman at the assembly when Fight without firearms.

We face a clearly pernicious obsession for a climate of democratic coexistence, with the party mutating into a socialist bloc and therefore aiming to stifle any internal dissidence or simple autonomous initiative as a result of this imaginary political war. In short, the most useful to emphasize the discrediting of the ruling party and its president.

The disadvantage of preferring Feijóo Sánchez is that it is not about solving a tournament between leaders, for which the former has already shown his weakness in economic intervention in the Senate. Even the panacea of ​​lower taxes is not an alternative, even if it is attractive to the upper classes of society. And above all, behind the reasonable Feijóo and the equally reasonable Juanma Moreno are the political precursors of the PP, in addition to already consolidated projects of deep right-wing populism, such as that led by Isabel Díaz Ayuso in Madrid.

The democratic left is still necessary, and the social and economic balance of the Pedro Sánchez-Yolanda Díaz government remains a sensible option to avoid giving in to populist temptation. Social justice is not enough; As the reforms achieved have shown, progress or the response to the crisis must be based on not upsetting the economic balance and maintaining the link with Brussels. Of course, if the Social Democrats are to have any hope of recovery today, it can only come from something as difficult as revitalization within the party.

Today’s situation is in a dilemma between maintaining the current political line in the service of Pedro Sánchez, accepting a perhaps irreparable wear and tear of party and democracy, and seeking a rethinking based on the functions that social democracy must fulfill in our society threatened by the crisis. It has always been difficult for a social democratic party to go into reverse. The establishment of the welfare state corresponded to their expectations and their techniques of governance; Making difficult policy decisions when the contraction in employment and wages deepens is a less pleasant task. But the Italian and French examples prove that mistakes in its execution can lead to the practical disappearance of socialism. This eliminates a necessary political instrument to maintain the ability to act and defend broad sections of society, which would otherwise be forced to foot the bill for the crisis on their own.

The French example also shows how far this gap is being covered by left-wing populism, which, led by an outstanding demagogue, Jean-Luc Mélenchon, has devoured the classic left with big words and greater risks. And here, too, the authoritarian vocation of a leader, Macron, has shattered the system’s internal balances, repeatedly pushing it to the right in his case under Le Pen’s shadow. The collapse of the democratic left reveals its political and social cost. It should not be forgotten, especially when the advance of the right in France and especially in the United States with the Trump 2 Supreme Court announcement can lead to the self-destruction of liberty.

Antonio Elorza He is a professor of political science.