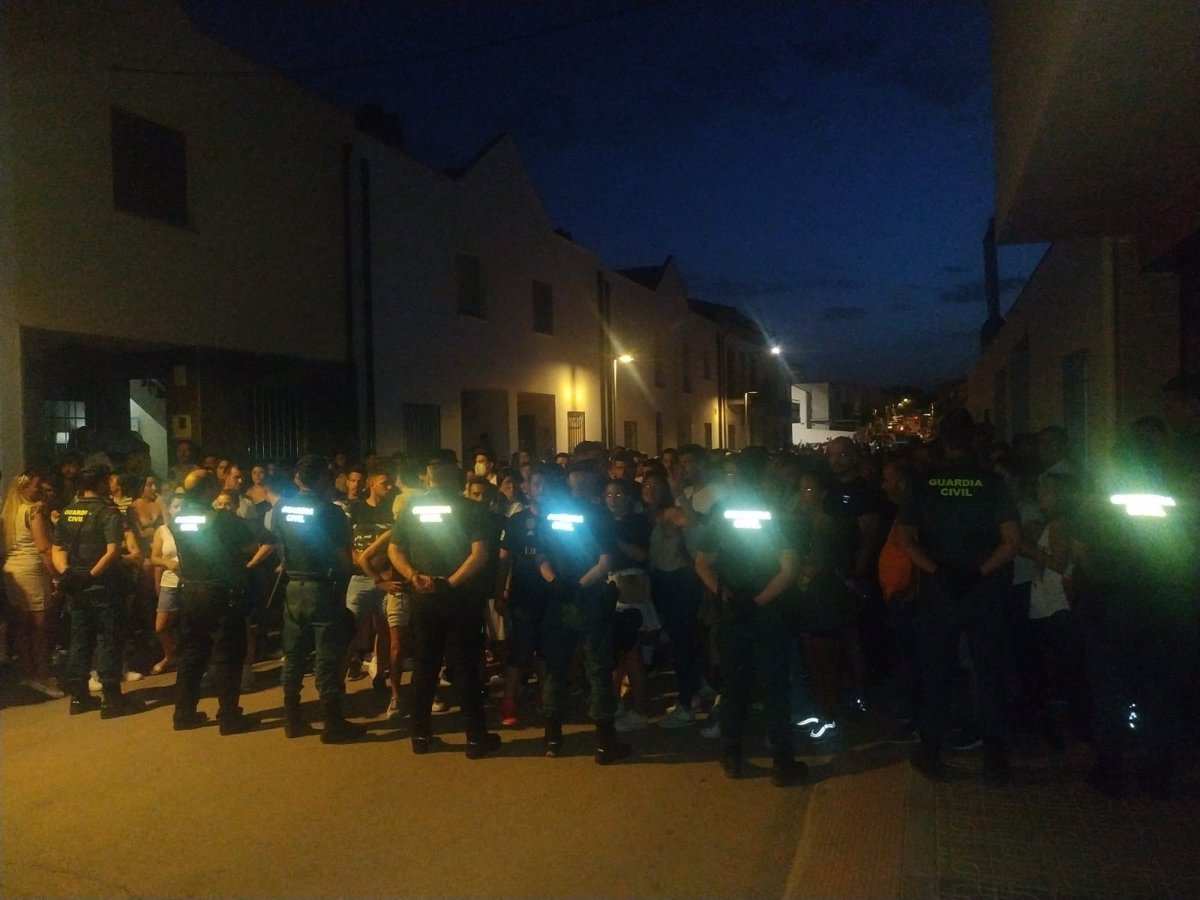 The Ministry of Social Rights this Wednesday convened an urgent meeting with the City Council of Peal del Becerro (Jaén), the Andalusian government and the Gypsy Council of State to address the “attacks” that took place this weekend against several local ethnic families have gypsies, following the knife death of a 29-year-old man who worked as a bouncer at a local pub.

After the demonstration called for Peal de Becerro to demand justice for the young man’s death, groups of people jumped over the Civil Guard security line and overturned the vehicles of those arrested for the crime.

When Civil Guard reinforcements arrived, the attackers dispersed, but one group headed towards a street where Roma families live and have no connection with the detainees. There they caused damage to several houses, all of which were uninhabited at the time.

Several families have left Peal de Becerro “for fear of popular reaction”. “We gave up everything to get out of there and we did it with what we had on,” said José Luis Amador, one of the seven heads of families who left the community of Jaen as soon as the crime became known.

The department, headed by Ione Belarra, describes these incidents as “unacceptable in a constitutional state” and believes that “they should have no place in a pluralistic, diverse and democratic society like ours”. In addition, she calls on the responsible authorities “to take the necessary measures to protect these families and to restore peaceful coexistence as soon as possible”.

For their part, the President and the two Vice-Presidents of the Gypsy Council of State have issued a statement expressing their “strongest disapproval and dismay” following the murder of the young man from Peal de Becerro.

“We offer the family our deepest condolences and all our solidarity for events that should never have happened and are already being addressed by the judiciary. We also regret and condemn the events that took place later and to which other people and families are victims, harassed and threatened because they are responsible for an act they did not commit,” they emphasize in the letter collected by Europa Press .

They also call on the authorities to take the necessary measures to protect these families and “restore peaceful coexistence as soon as possible”.

They also urge all citizens not to “use this tragedy to stigmatize an entire community” and the media to “avoid expressions, words or utterances” that “could victimize a group through crimes committed by one.” committed by its members”. they are in no way responsible”.