Snow restrictions in Turkey and Greece 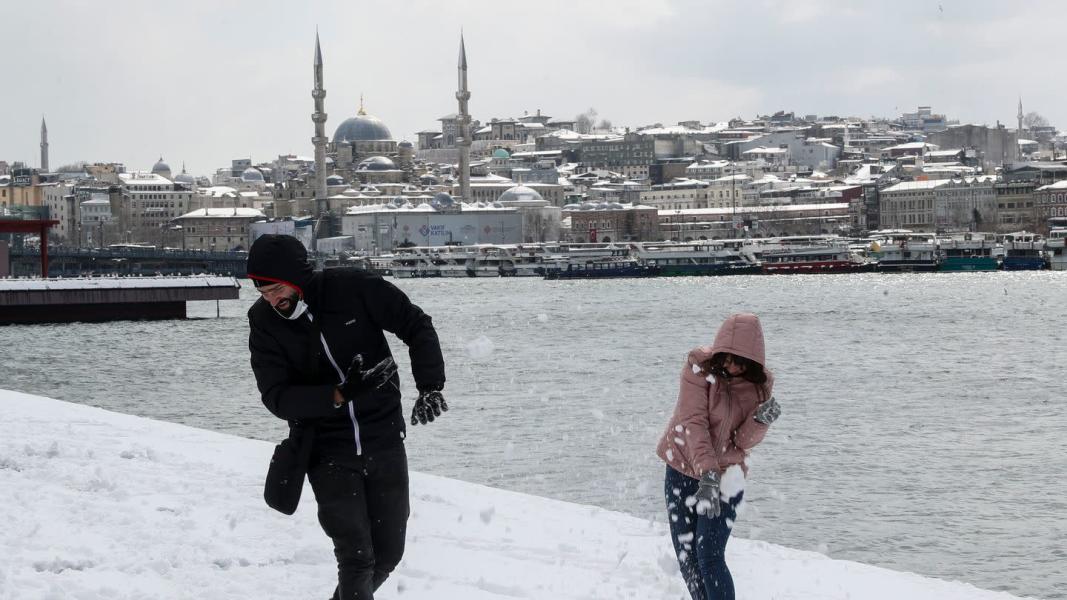 On a highway in Istanbul province, four trucks and a cleaning vehicle collided on Saturday, the governor’s office said. A driver was injured in the accident. Like the day before, there were restrictions on air traffic from Istanbul airports. A thick blanket of snow lay on the roofs of the metropolis.

Istanbul Mayor Ekrem Imamoglu asked people to leave their cars. Heavy snow is expected to continue, he wrote on Twitter. The Turkish weather service also warned of heavy snow in eastern Anatolia and the Black Sea in the coming days. A storm is also expected in the Antalya region on Sunday.

There was also heavy snowfall across much of northern and central Greece on Saturday. It even snowed for hours on the islands of Skiathos, Skopelos and Skyros, as well as in the mountainous regions of the resort island of Crete. In the north of the country, the thermometer marked values ​​around -15 degrees Celsius on Saturday night.

To ensure drivers don’t get stuck, snow chains were mandatory in many regions of the continent over the weekend. Railways stopped services between Athens and the northern regions of the country for 24 hours, the state broadcaster reported on Saturday. The Greek Meteorological Office expected a gradual improvement in the weather from Sunday afternoon.

Just a few weeks ago, a surprisingly heavy snowfall caused traffic chaos in both countries, with several thousand people trapped in their cars on highways overnight.