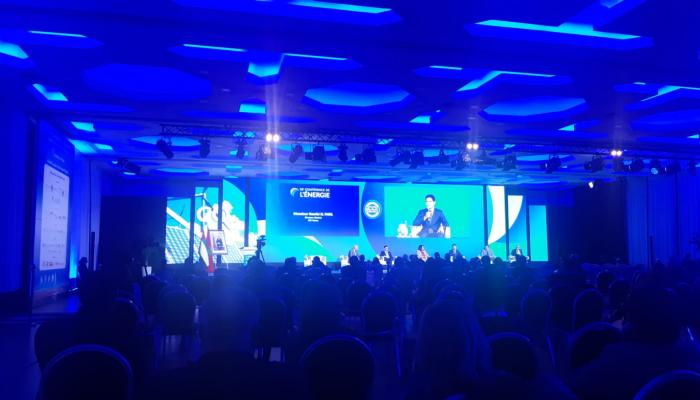 In the midst of the worsening of the global energy crisis, the experts valued the opportunity of the 15th Energy Conference in Morocco, with the presence of the UAE as guest of honor.

On the sidelines of the 15th Energy Conference, in the Kingdom of Morocco, experts highlighted the need for an energy transition for the smart diversification of energy sources, as called for by the UAE at the conference.

The Energy Federation, with the support of the Moroccan Ministry of Energy Transition and Sustainable Development, organized the 15th Energy Forum, under the patronage of King Mohammed VI of Morocco, under the theme “Energy Transition: Progress Report and Perspectives for 2035 “.

The United Arab Emirates was the guest of honor at the conference, in which Morocco’s progress in the energy transition that began more than a decade ago was discussed and future prospects were analysed.

Houda Ben Janet, Director General of the Euro-Mediterranean Energy Observatory, confirmed to Al-Ain News that the conference sent strong and clear messages, reflecting the political will to accelerate the energy transition in Morocco.

Ben Janet explained that the expression of this will was accompanied by the dissemination of a clear vision and practical programs, either in the field or at the legislative level.

He highlighted that all the elements and components of the energy transition towards renewable energies are available in the Kingdom of Morocco, especially at the level of the southern provinces.

He noted that the conference was an opportunity to express the great rapprochement with the United Arab Emirates and Morocco, which is coming in order to deepen the partnership and propose important and ambitious projects.

He stressed that this common will between the leadership of the two countries comes to accelerate the energy transition and strengthen the alliance.

For his part, Rachid Idrissi Qaitouni, head of the Moroccan Energy Federation, told Al-Ain Al-Akhbar that the United Arab Emirates is a sister country to the Kingdom of Morocco.

He noted that the conference was an opportunity to express this partnership mutually and clearly, with the mutual affirmation of the importance of bilateral cooperation between the two countries in the energy field and for the energy transition.

Al-Qaitouni stressed that this step is very important for the progress of bilateral relations between the two countries.

At the level of natural gas, the Ministry of Energy Transition spoke of 4 receiving ports, therefore we are going to increase the capacity of the port.

In the same context, the energy expert stressed that hydrogen is of great importance in the economic future, whether in Morocco or in the rest of the world, given that it is a product known for its low production prices compared to the usual .

Jenny Pearce, Head of the Department of Foreign, Economic and Climate Policies at the British Embassy in Morocco, confirmed to Al-Ain News that there are many things in common between the Kingdom of Morocco and the United Arab Emirates at the energy level, as well as conservation. enviroment.

According to the British diplomat, the Kingdom had previously assumed the presidency of the United Nations Climate Change Conference (COP), while the UAE would be its president in the future.

He added that the two countries have common leadership in the transition to clean energy and a zero-carbon economy.

“It is wonderful today to see such a strong collective commitment to accelerate this transformation despite some challenges,” he said.

“What we’re seeing here today is a strong engagement and commitment on how to build renewables faster, and engagement from the private sector and the public sector in this whole area,” he added.

A necessity, not a luxury

Said Moulin, Director General of the Moroccan Energy Agency, told Al-Ain News that the transition to green energy is a necessity, not a luxury.

He explained that the cooperation between the Kingdom of Morocco and the United Arab Emirates is very important today, especially in light of the fact that there are already investments in this field.

On the other hand, he praised the total number of Emirati projects in the fields of energy in the Kingdom of Morocco.