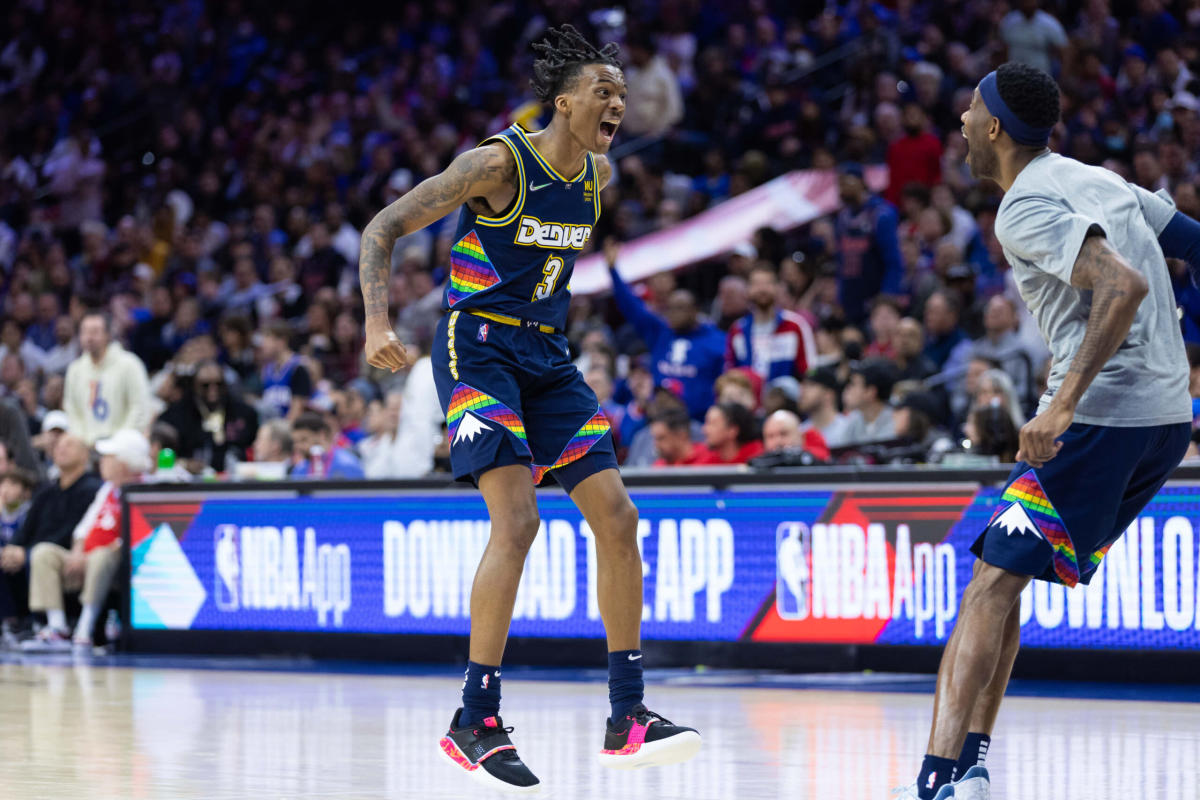 PHILADELPHIA–The Philadelphia 76ers were in the midst of a close battle with the Denver Nuggets at home and were looking to continue playing solid basketball. The Sixers had a lead, but the Nuggets were gaining momentum with MVP Nikola Jokic on the bench.

It wasn’t Jokic who led a big comeback late, though he did throw a miracle circus dagger shot for the Nuggets, but it was rookie Bones Hyland who jumped off the bench and had a big night. He had 12 points in the fourth quarter as he hit four 3-pointers, including a big one late, to give Denver the lead for good, 110-108. The Sixers couldn’t recover.

“Pick and roll. He made a deep one. We lost it once. I think he made three or four 3-pointers in that fourth quarter, some big shots from the young man, but he’s been playing aggressive and he’s been good to them all year. For us, we could have controlled a couple of them, but a couple of them were deep, so we just have to wash them off, watch the movie and keep pushing.”

“We weren’t physical enough defensively. We made a couple of mistakes, including leaving it wide open with two seconds left on the clock. At that point, he was already hot, and I just didn’t think there was enough time for him to shoot, but he did and it was a huge mistake. In general, he was playing freely. We weren’t physical enough on the ball screens and he made us pay for it.”

“It was big for them. They made their run tonight with Jokic on the bench when you think about it. That’s when we should have made a run, but at the end of the third, beginning of the fourth, Jokic was gone. I’m seeing positive and negative numbers and the headlines for him were all negative for the most part. It’s the bench that hurt us tonight and that’s disappointing”.