Six nature trails to discover Spain on foot and by bike 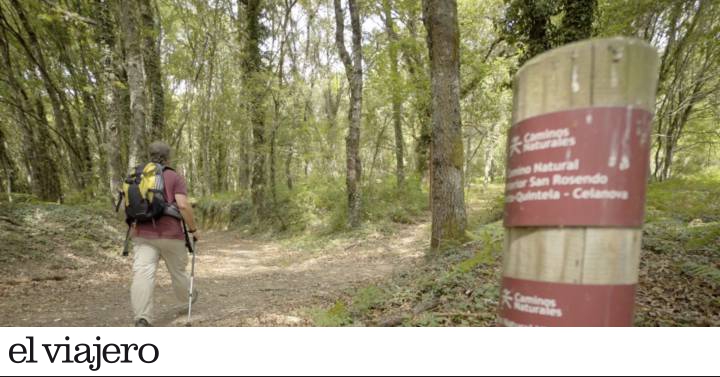 The idea of ​​the Caminos Naturales was born in 1993. Since then, very different routes for hiking and cycling have been added to the network. Many of them were already GR trails (Great Routes) marked with red and white paint markers, others are Vías Verdes (old railway lines), there are also newly created ones. They follow coastal trails, mountain trails, country trails, forest trails, neighborhood trails, hydraulic public trails and even, as I said, old railway lines.

In total, the Ministry of Agriculture, Fisheries and Food has invested EUR 257 million since the program began. The idea is that the Ministry finances the works to create the path and the funding bodies (City Councils, Provincial Councils, Autonomous Communities…) are responsible for its maintenance. This is not a trivial question, because experience tells us that the most complicated part of these infrastructures, designed for the enjoyment of lovers of the outdoors, but also for structuring and helping to develop large areas of this empty Spain, is not to manufacture them, but to to keep them operational over time. Recent history is full of well intentioned cases where a public administration spends millions of euros signposting and grooming a trail and a year later it is unusable due to signs gone, bush eating the trail and the rude ones Those on duty vandalized the installations.

I know many nature trails. In fact, I’m just repeating the Cantabrian Route, one of the most beautiful that starts in Ribadeo and goes along the entire coast of Lugo and A Coruña to the gates of Cabo Ortegal. I did it by bike a while ago and now I’m repeating it on foot, albeit just a few sections. Like all others I know, it is very well signposted and the route uses existing paths, trails and paths, avoiding tarmac whenever possible.

These are six nature trails that I know of and recommend you to do this vacation. If you want to know more, you will find all the information, maps, elevation profiles, descriptions and services for each of the 130 routes on the website of Ministry of Agriculture, Fisheries and Food nature trail.

It begins in Ribadeo, on the border between Galicia and Asturias, and runs through all of Mariña Lucense and part of the Rías Altas. A beautiful and quite wild road that almost always runs along the sea (except in the San Cibrao area where it has to go around the large industrial port) through some solitary and surprising landscapes. It currently ends in Ladrido, a small village at the Ortigueira estuary. There are plans to bring it to nearby Cabo Ortegal

Six of the eight Canary Islands have signposted nature trails. I’ve done several but if I had to choose one I would choose this one that traverses the entire island of La Gomera through the Garajonay National Park. It is a tough and demanding route, with climbs of more than a thousand meters in a single stage (La Gomera is a pure gorge), but of extreme beauty.

It coincides with one of the most famous and busiest Vias Verdes in Andalusia, using the platform of the old 19th-century railway line that connected Linares (Jaén) to Puente Genil (Córdoba). It starts in the city of Jaén and ends in Puente Genil. As the name suggests, it passes through some of the best olive growing areas in both provinces. It is equipped with many services for the traveler. A perfect route by bike.

It coincides with the GR-282 and follows the ancient paths of the shepherds who wandered through the mountains that surround the great plain of Alava. A very long circular route but full of historical and ethnographic interest that will bring you closer to mountain landscapes and pastures that cannot be discovered in any other way. It has 19 stages and runs through the territories of Álava, Biscay, Guipúzcoa, Burgos and Navarre.

A path along the entire coast of Menorca, full of history and symbolism. The Camí de Cavalls or Camino de Caballos was built in the 18th and 19th centuries to facilitate cavalry transit between the various defense and customs buildings that stretched along the entire coast of Menorca. It crosses the coasts of the island’s eight coastal municipalities and areas of great natural and scenic interest, such as the Albufera des Grau, Illa d’en Colom and Cap de Favàritx Natural Parks.

Starting in Murcia, it runs parallel to the Segura River for the first few kilometers before turning north-west through some of the most spectacular desert landscapes of the Mula River Basin badlands. It follows the route of the old Murcia-Caravaca de la Cruz railway line, which ceased operations in 1971.

Previous articleBlack Panther 2: Villain Namor – everything the ‘Wakanda Forever’ trailer doesn’t tell you!
Next articleBarça will speed up the work of the Spotify Camp Nou and take advantage of the World Cup break